Q&A: Leprosy-affected People Live Not at the Bottom, but Outside the Social Pyramid | Inter Press Service

Q&A: Leprosy-affected People Live Not at the Bottom, but Outside the Social Pyramid | Inter Press Service

Q&A: Leprosy-affected People Live Not at the Bottom, but Outside the Social Pyramid 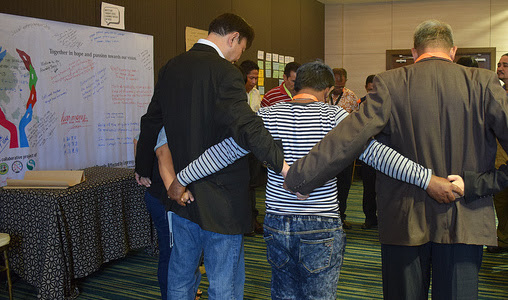 Takahiro Nanri (left - black jacket), Executive Director of Sasakawa Memorial Health Foundation, joins hands with a leprosy survivor (right). Credit: Stella Paul/IPS
MANILA, Mar 5 2019 (IPS) - Takahiro Nanri is the Executive Director of Sasakawa Memorial Health Foundation which has been supporting the global fight against leprosy for almost five decades. Since 2014, Nanri has been leading the foundation’s leprosy projects across the world and has deep insights into the challenges faced by the people affected by leprosy as well as the organisations that work with them.
He also shares the dream of Yohei Sasakawa – the chairman of Nippon Foundation – to see a leprosy-free world and believes that despite several challenges and roadblocks, this dream is indeed possible to realise.
In an exclusive interview with IPS, Nanri talks about the idea behind the regional assembly of leprosy-affected people in Asia that was held in Manila.
He also tells how people who are affected by leprosy  are treated as social outcasts and why they must be integrated with the rest of the society. Finally, Nanri shares his views on how and why leprosy-affected people’s organisations should become sustainable.  Excerpts of the interview follow: 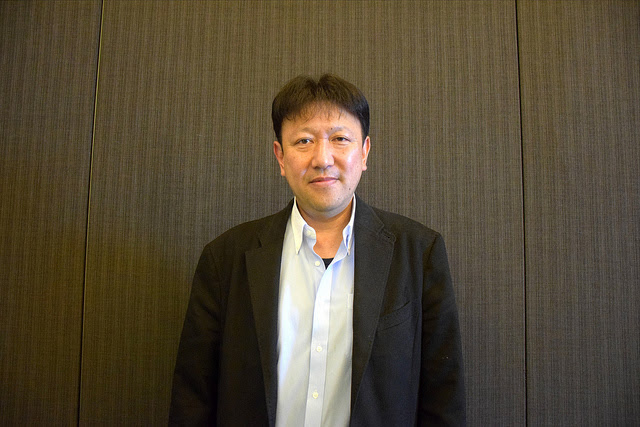 Takahiro Nanri is the Executive Director of the Sasakawa Memorial Health Foundation which has been supporting the global fight against leprosy for five decades. Credit: Stella Paul/IPS
Inter Press Service (IPS): Is there a reason behind Mr Sasakawa’s personal interest in leprosy? Why has the foundation continued even when it is not a big global threat anymore?
Takahiro Nanri (TN): As far as I know it was in the 1960s [when the Sasakawa family] visited leprosariums in some countries like Korea, South Korea, Nepal and at that time there was no Multidrug Therapy ( MDT) and the situation in the sanatoriums was very severe. So they had decided to fight against leprosy and launched the leprosy elimination programme and even established the Sasakawa Memorial Health Foundation.
I am very proud of the fact that this foundation has continued to work on the same issue for 50 years because, although compared to other diseases, this may have decreased, but there is still no end to leprosy.

IPS: How long have you been working on leprosy and what has been your biggest observation?
TN: I have been working on leprosy since 2014. But I have been working on poverty issues for the past 25 years. People affected by leprosy are really poor. So, working for leprosy is in a way working on poverty too.
Several years ago, there was the concept of the bottom of the pyramid; and we talked of the people living at the bottom of the pyramid and how to uplift them. We talked of using microfinance, social business approach etc. But I have realised that the people living with leprosy are actually living outside of the pyramid. That is why I feel integration is very, very important.
IPS: How did you come up with the idea of the Regional Assembly of Organisations of Leprosy- Affected People in Asia?
TN: Last September, we had a small meeting. We invited and had a discussion with some of the people’s organisations from India, Indonesia, Brazil and Ethiopia on what could be done. This September, there will be the World Congress on Leprosy where there will be academics, experts, governments. The congress is a crucial event but often organisations of the affected people are left behind. So, we came up with the idea of organising a pre-congress event where the affected people’s organisations so that it can also be a way for preparing themselves for the congress.
IPS: Why is sustainability still such a big issue for organisations of leprosy–affected people?
TN: Sustainability is not only an issue of leprosy affected people, but also for all the NGOs of the world. I don’t really have an answer here. It depends on each organisation, each leader. Every NGO, every organisation has to find its own way and its own strategy to sustain itself. Should they approach foundations, survive on external grants, seek membership fees, donations , do social business—it’s up to them. As foundations we can provide financial grant, but not forever. What we can do, however, is think together on what could be the next step.
IPS: There are many hidden cases in the world of leprosy. Can you share an example of a good action by a government that tried to act on this.
TN: In India, the government made a very brave decision. In 2016 they started a campaign to identify the endemic leprosy cases all over the country. And since then, every year, they do case detection camps. It has brought in the open many new cases that were previously hidden. It also resulted in an increase in the number of leprosy cases in the country, but after that it started to decrease as the cases were treated . So, this is an example I feel other governments can also follow.
IPS: How are you feeling now that the assembly has concluded?
TN: My expectation is very simple: this venue is for the people affected by leprosy. They should be able to discuss whatever they want to and decide whatever they want to decide.
Here, we saw is they are trying to be more pro-active, opening up,coming up with some issues, some ideas on how they can strengthen their partnership, soI am happy.