Women make up half the world's population, but don't nearly share half of the world's wealth, well-being and opportunity. Two-thirds of the world poor are women, disproportionally exposing women to precarious living conditions, disease and unmitigated natural disasters. The media, meanwhile, remains a male-dominated sector in much of the world, contributing to women's voices lacking a crucial amplifier to put their concerns on political agendas and unleash the development potential of their ingenuity. Rather than then stereotypical victims of local and global forces, women are also organizer, innovators, conservators and community builders. These are some of their stories. 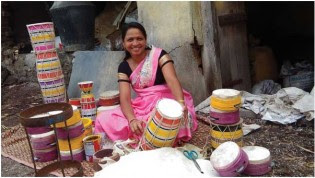 By Kazuo Yamaguchi
Japan is not making progress in gender equality, at least relative to the rest of the world. Despite the Japanese government’s attempts in recent years to pass legislation promoting the economic activity of women, Japan ranked a miserable 110 out of 149 in the World Economic Forum’s 2018 Gender Gap Index, which benchmarks countries on their progress toward gender parity across four major areas.

NHIF Reform Critical to Affordable Health For All in Kenya

By Felipe Jaramillo and Siddharth Chatterjee
Consider this. One million Kenyans fall into poverty every year due to catastrophic out of pocket health expenditures. For the almost four in every five Kenyans who lack access to medical insurance, the fear that they are just an accident or serious illness away from destitution.

By Tharanga Yakupitiyage
Women and girls from Myanmar are increasingly being trafficked as “brides” to China, a human rights group found.

The System, Youth and Democracy

By Roberto Savio
If we ever needed proof of how the political system has become self-referential and unable to update itself, the latest student march in more than 1,000 towns is a very good example.

Did a Backlash Against Trump Trigger Historic Highs for US Women in Politics?

By Thalif Deen
The dramatic increase in women legislators voted into office last November and the historic high of women candidates for the 2020 presidential elections have visibly changed the male-dominated political landscape in the US.

Dismantling Patriarchy Must Begin at Home: A Reflection on Gender Equality

By Lorato Palesa Modongo
This week, I joined thousands of activists, campaigners, thought-leaders, and change-makers in New York to advocate for women's rights and promote gender equality during the 63rd session of the UN's Commission on the Status of Women (CSW).

Depression Is More than a Stigma

By Manoj K. Pandey, Vani S. Kulkarni and Raghav Gaiha
Depression is often distinguished from other non-communicable diseases or NCDs (e.g., cancer, diabetes, cardio-vascular diseases, hypertension) because of the stigma attached to it. Among other consequences, those suffering from depression are often denied access to medical care. Indeed, the latter is an outcome of interaction between supply of and demand for medical care. On the provider side, stigmatizing attitudes by service providers are identified as a barrier to access. On the demand side, stigma and low mental health literacy by community members are just as emphatically reported as barriers to accessing care.

Closing the Gender Gap: The Economic Benefits of Bringing more Women into the Labour Force

By Era Dabla-Norris and Kalpana Kochhar
As girls, we were raised with the belief that we could accomplish anything, and that no barrier was insurmountable. Yet, for so many women, the reality doesn’t quite meet their aspirations. Things weren’t exactly equal in the relatively conservative middle-class society in India where we both grew up.

By Tharanga Yakupitiyage
Modern slavery and human trafficking is one of the fastest growing criminal industries and one of the biggest human rights crises today, United Nations and government officials said.

By Monika Weber-Fahr
I am drafting this on International Women’s Day - March 8 - with an eye towards World Water Day on March 22. On International Women’s Day we celebrate progress in gender equality. At the same time, we recognize how much remains to be done: how many women remain excluded from decision-making across many professions. Changing this is urgent. Water – clean and accessible – is getting scarcer at an alarming rate. While working to change this, we cannot afford to exclude women.

By Wendell Balderas and Mary Assunta
International Women’s Day on 8 March recognized and celebrated the progress women are making globally. The day also acknowledged the risks, exploitation and suffering many continue to endure.

By Hawa Aden Mohamed
Aisha Elias Adan was abducted on the evening of February 24th at a market in Israc village, Puntland, Somalia. Her body was carelessly dumped in front of her family home the following morning. A doctor’s report showed that she had been brutally gang-raped.

By Khushi Kabir
(The Daily Star) - I do not usually write very easily. As someone working mostly with people with little or no literacy, my forte, as I would like to call it, is the oral tradition. I speak, I talk, I converse. I write today based on my perceptions from my work with rural women with whom I have lived and learnt from over the last four decades.

From 2018: When Environmental Crises Hit Homes, Women Suffer the Most

By Victor Tsang and Shari Nijman
When Mandelena became a mother, she was only 16. During the prolonged dry season in Gwor County, South Sudan, her community saw crops failing and cattle dying. Children stopped going to school because of hunger and women and girls had to walk up to five hours every day to collect water.

By Annette Francis and Dheeraj Dubey
Social barriers have historically been blamed for the lack of gender parity in the workplace. But there are other dimensions to this age-old discourse.

By Thalif Deen
When the Inter Parliamentary Union (IPU), based in Switzerland, released its annual report on the representation of women legislators worldwide, four of the top five countries were from the developing world. Rwanda led the way with 61.3 percent of the seats held by women in its lower or single house of parliament followed by Cuba (53.2 percent), Bolivia (53.1 percent) and Mexico (48.2 percent).

Birds of a Feather: Kim Jong-un and Donald J Trump

By Jan Lundius
After his first meeting with Kim Jong-un Donald Trump declared: "And then we fell in love, okay? No, really – he wrote me beautiful letters, and they're great letters." Maybe it was a joke, maybe not. At least Trump indicated that he and Kim Jong-un were friends. In his book De Amicitia, written 44 BCE, Marcus Tullius Cicero wrote "A friend is, as it were, a second self." Are Trump and Kim Jong-un really friends? At least they seem to have many personal traits in common.