We have failed our children | The Indian Express

We have failed our children | The Indian Express 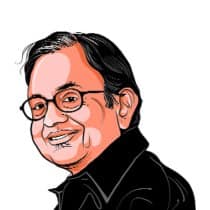 We have failed our children
P Chidambaram

We have failed our children

While ‘Right to Education’ vastly expanded enrolment of children, not enough attention was paid to the quality of the schools, the teachers and the instruction. The sense of contentment is despite the fact that jobs are scarce, the air is polluted, the water is unfit for drinking, the roads (except select national highways) are terrible,  (Express Photo by Pavan Khengre/Representational)
One of six persons living in this world lives in India. Is life in India good or bad? According to some surveys, most people living in India report that they are happy. The sense of contentment is despite the fact that jobs are scarce, the air is polluted, the water is unfit for drinking, the roads (except select national highways) are terrible, the law and order situation is alarming, and mob violence and mob justice seem to be the new normal.
While these issues are visible and are matters of concern, there are a couple of issues that are not so visible but should be of greater concern. Both relate to our children — approximately 49 crore children born and living in India who can claim a birth year in the 21st century.
Education and Health
What are a child’s rights? Apart from a home, caring parents, security and friends, a child has rights that must be guaranteed by the State. These are complete education and full health.
The World Bank publishes the World Development Report every year. The Human Capital Index (HCI) is part of the annual report. The 2019 report has constructed the HCI for 157 countries. It is a measure of “the amount of human capital that a child born today can expect to attain by age 18”. The explanatory note reads: “The index is measured in terms of the productivity of the next generation of workers relative to the benchmark of complete education and full health. An economy in which a child born today can expect to achieve complete education and full health will score a value of 1 on the index.”
No country has scored 1 because there will always be benchmarks of education and health that countries aim to achieve. Singapore occupies the first rank with an HCI of 0.88. The first 10 countries score over 0.80. They are Singapore, Republic of Korea, Japan, Hong Kong, Finland, Ireland, Australia, Sweden, the Netherlands and Canada. Asians can be proud that the first four places are occupied by Asian countries.
The ranks of the Big Five are good but not great: the United Kingdom (HCI 0.78) is at 15, France (0.76) at 22, the United States (0.76) at 24, Russia (0.73) at 34 and China (0.67) at 46. Ninety-six out of the 157 countries have an HCI score of over 0.51, which is a measure of the progress made by humankind as a whole.
Head Buried in Sand
Among the remaining 61 countries that have an HCI of 0.50 or lower is India. India’s HCI is 0.44 and rank is 115. That places India in the bottom third of the world. The NDA government dismissed the report with a haughty statement: “The Government of India has decided to ignore the HCI and will continue to undertake its pathbreaking programme for human capital development aiming to rapidly transform quality and ease of life for all children.”
If the HCI report made me sad, the government’s statement made me angry. Nobody has accused the NDA government of being solely responsible for the low HCI. All governments since Independence bear responsibility. What upset me is the unwillingness to admit to the shortcomings.
The HCI is not a number plucked out of the air. It is based on six factors, each getting a score. In the case of India, given the average household income, the probability of a child surviving to the age of 5 is satisfactory at 0.96. The adult survival rate is reasonable at 0.83. What pulls India down are the ‘Learning adjusted years of school’ and ‘Fraction of children under 5 not stunted’. The score on the former is 5.8 years at school. On the latter, it is 0.62, meaning that 38 per cent of children under 5 years of age have a low height-for-age.
The reasons are not far to seek. While ‘Right to Education’ vastly expanded enrolment of children, not enough attention was paid to the quality of the schools, the teachers and the instruction. Likewise, anganwadis and ‘Right to Food Security’ were necessary interventions, but they have failed to provide sufficient food to pregnant and lactating mothers and to children during their first five years. Poor design, faulty implementation and inadequate allocation of funds are the main reasons.
Cruel Negligence
The HCI must be read along with the Global Hunger Index (GHI) published by Deutsche Welthungerhilfe and Concern Worldwide. One out of seven children in India is undernourished; two out of five are stunted (low height-for-age); and one out of five is wasted (low weight-for-height). The cause is undernutrition. On the one hand we have mountains of wheat and paddy and, on the other, we are unable to provide enough food to each child. At the prodding of the National Advisory Council, the UPA acknowledged the need for State intervention and devised the MGNREGA and the Right to Food Security law. Both interventions have been cruelly neglected by the NDA since 2014. The result is low HCI, high GHI (score 31.1, indicating ‘serious hunger’) and a low rank of 139 among 189 countries in the Human Development Index.
Given these facts, the priorities of the BJP-led NDA government are astonishing and provocative — building a temple, cow protection vigilantism, anti-Romeo squads, ghar wapsi (re-conversion), uniform civil code, erecting statues, renaming cities etc. None of these will ensure complete education or full health of our children.
For all the latest Opinion News, download Indian Express App
More From P Chidambaram 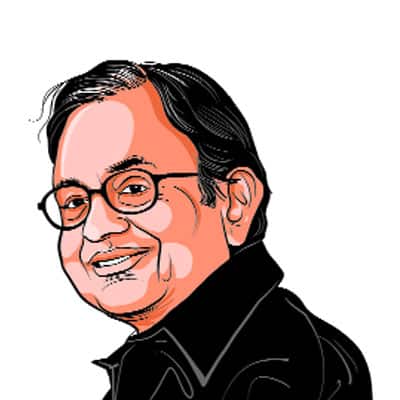