Q&A: Creating a Safe Space for Survivors of Sexual Exploitation in the Aid Sector 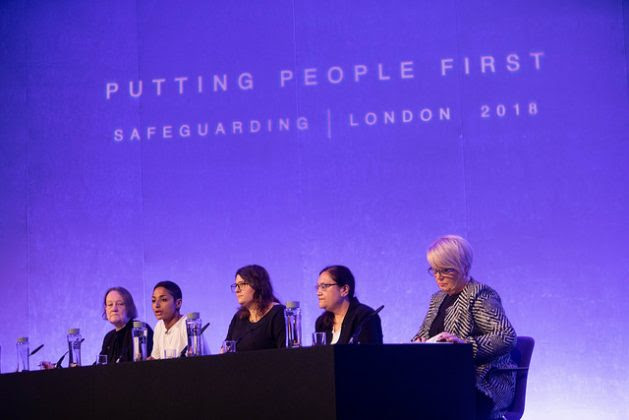 Panel at the Safeguarding Conference in London. the Department for International Development (DFID) held a Safeguarding Summit which brought together 500 people to commit to prevent sexual exploitation, abuse and sexual harassment in the international aid development sector. Credit: DFID/MichaelHughes
KAMPALA, Oct 28 2018 (IPS) - How to prevent and respond to sexual exploitation, abuse and sexual harassment in the aid sector is a question that has come to the forefront in the past year as allegations of sexual harassment and abuse have been made against both Oxfam and United Nations officials.
In July the U.N. announced that it received 70 new allegations of sexual exploitation and abuse across all its entities and implementing partners, between the beginning of April to the end of June. In April, global charity Save the Children was accused of not investing allegations of sexual abuse by staff.

And in February, Oxfam workers were accused of hiding an investigation into hiring sex workers by staff in Haiti in 2011 and in Chad in 2006. Oxfam, a confederation of 20 NGOs, receives funding from both the United Kingdom government and it’s government department responsible for administering overseas aid, the Department for International Development (DFID). Save the Children also received funding from DFID.
This month DFID, working with Interpol and the Association of Chief Police Officers, held a Safeguarding Summit which brought together 500 people to commit to prevent sexual exploitation, abuse and sexual harassment in the international aid development sector. The NGO side to the summit was controversially convened by Save the Children.
Ingvild Solvang, Global Green Growth Institute (GGGI) Global Lead on Gender and Social Development attended the summit where practical steps aimed at making the humanitarian and development sectors safer and more accountable where agreed upon.
Around 500 high level representatives from the U.N., NGOs, private sector, academic and financing community attended.
“I was there to represent GGGI and to share GGGI’s experience on how we approach these important issues. These issues have been mostly focused on work in the humanitarian situation where the big power gaps between vulnerable and effected populations and agencies who are there to help create an environment that might foster exploitation and abuse,” Solvang tells IPS.
Excerpts from the interview follow: 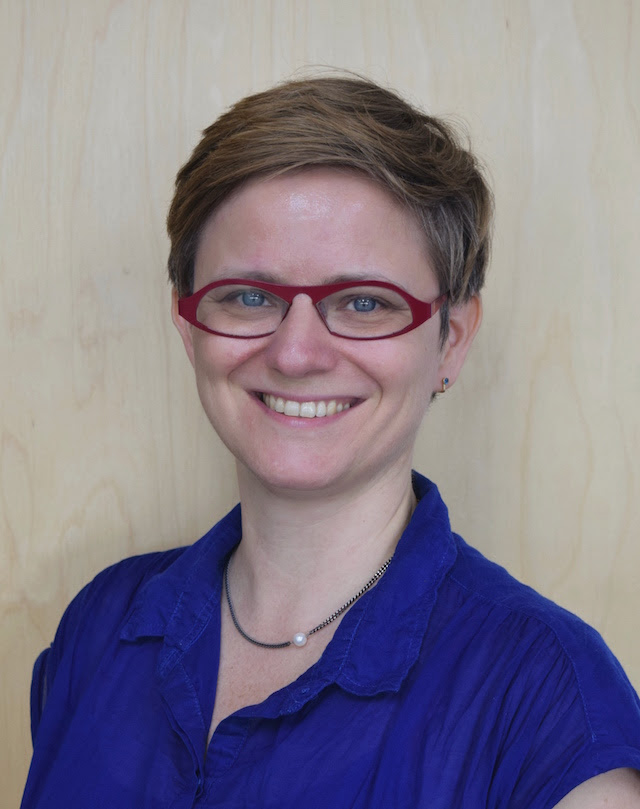 Ingvild Solvang, Global Green Growth Institute (GGGI) Global Lead on Gender and Social Development. Courtesy: Ingvild Solvang
Inter Press Service (IPS): From your previously experience, why was it important to ‘put people first’ as per the theme of the summit?
Ingvild Solvang (IS): I think particularly in the humanitarian sector where several reports over the last couple of decades have unearthed that actors have not been able to deal with this effectively, the learning is that this has caused tremendous suffering from the abuse itself, but also from people being re-traumatised as a result of organisations’ inadequate ways of handling the issues when reports are made.
GGGI has effective mechanisms to deal with violations in our Codes of Conduct, and that includes sexual harassment and exploitation. At the same time we know that we can always improve, and we need to continue to communicate about these issues to ensure that our standards are known, and that we hold ourselves to account.
A strength of GGGI’s approach to sexual harassment and exploitation is that the message comes from the highest level and works in synergy with a broad participatory approach internally as a part of an Organisational Culture Initiative to define of our core values.
One powerful statement that came out of the DFID summit was that it is important to articulate clearly what is acceptable behaviour, and to signal through dealing with “the smaller stuff” that the big things are unacceptable.
IPS: So what has been GGGI’s experience with sexual harassment, exploitation and abuse?
IS: Our policies for good governance and accountability include policies aimed at safeguarding people both in programme and operations. Though much focus around sexual harassment, exploitation and abuse (SHEA) is on the humanitarian sector, GGGI has worked from the start since we were founded as an international organisation six years ago to ensure that staff, interns, partners and communities that come in contact with our operations are safeguarded.
IPS: What is the importance of safeguarding? And what steps have been taken by GGGI to raise awareness of safeguarding issues?
IS: GGGI has from the start implemented staff codes of conduct and ways to handle complaints and grievances both internally and externally. GGGI’s whistleblower mechanism enables external parties to raise grievances and concerns. For internal issues we are working with an ombudsman, who is trained to mediate in staff related issues, including issues of SHEA.
GGGI’s human resources has recently established a team of Respectful Workplace Advisors at different levels and geographical locations of GGGI, who are trained to advise staff on how to seek solutions to problems they may face, including on SHEA. All new staff are required to take an online course on SHEA.
GGGI’s Projects are designed in alignment with the GGGI Environmental and Social Safeguards Rules, which align with international recognised standards.
IPS: You said you shared GGGI approach to safeguarding issues at the conference. Can you tell us what you shared with participants?
IS: Perhaps most innovative of GGGI’s approaches is GGGI’s Culture Initiative, which is a movement of staff across the organisation who are deliberately engaged in articulation of our core values and behaviours we want to promote in GGGI.
As a young organisation we believe we have a unique opportunity to deliberately shape culture. And the creation of a culture of respect and accountability is key to the tackling of SHEA. The issue of culture was frequently addressed also during the summit, that it is important to find a balance between hard policy and system and approaches to culture building.
Though GGGI didn’t formally present at the DFID summit…people I talked to were particularly interested in GGGI’s approaches to shaping the organisational culture through both formal and informal channels. While, I could learn a lot from more established organisations who willingly shared their SHEA policies for us to learn from.
Q: Were there some learning points from the summit that can be incorporated into GGGI?
As a follow up from the summit, a GGGI working group for SHEA will meet to discuss follow up actions. For example, we will discuss the need for a separate SHEA Policy in addition to SHEA being defined in Staff Codes of Conduct. A separate policy will add additional strength to the signal that this is an important issue.
We will also align our staff training on SHEA with internal procedures to ensure that everyone is aware of how we define acceptable behaviours on the one hand, but of equal importance is the need to ensure that anyone in and around GGGI who experience sexual harassment, exploitation and abuse should know where to turn to for help and assistance.
This is what the summit was really about: ensuring that survivors of SHEA are at the centre of how organisations handle these issues. Another issue we are looking into is how to report on any such cases. A challenge is that personnel issues are confidential, so organisations struggle with how to effectively report. Other organisations have feared reputation issues. The summit highlighted the importance of reporting to show that issues are dealt with effectively and appropriately. This is not least important for people who have experienced harassment or exploitation to know they have been heard.
Q: What do you make of the outcomes from the conference?
IS: The Summit was a good opportunity for GGGI to reconfirm our commitment to the issue. It is important that the donor community represented by DFID takes such a clear stand and promises clear guidelines and support in building up effective safeguard mechanisms.
From here we at GGGI will continue to work to create a good place to work, to be a good partner, and to have transformational impact where we work. At GGGI we want to contribute so that #metoo and attention to this issue in the international development sector become game changers.