Unveiling today: The Sardar | A giant of modern India | The Indian Express

Unveiling today: The Sardar | A giant of modern India | The Indian Express

Unveiling today: The Sardar | A giant of modern India

How visitors can reach 182-m-high Statue of Unity, and what the memorial to Sardar Vallabhbhai Patel has for them. The Statue of Unity will be unveiled by Prime Minister Narendra Modi. (Express Photo/Bhupendra Rana)
STANDS ON Sadhu island on the Narmada, 3.2 km downstream of Sardar Sarovar Dam. According to Statue of Unity website, 200 km of the dam’s reservoir and the Satpura and Vindhya ranges can be seen from a viewing platform at the level of the statue’s chest. Statue can be seen from at least 20 km away. A ropeway spanning the breadth of the dam is planned.
SELFIE POINTS created in a 5 km radius around the statue; 17 km-long Valley of Flowers has been developed around the monument.
A MUSEUM in the statue’s base has artefacts and documents from the life of Sardar Patel, including from his personal life. The museum also has an 8-foot prototype of the head of the Statue of Unity.
Also read | PM Modi writes: Sardar Patel worked with astonishing speed to dismantle the legacy of imperialism and create the geography of unity with the spirit of nationalism.
CONNECTED TO major cities by two state highways. Airport and major railhead in Vadodara, 90 km away. Pratapnagar-Dabhoi-Chandod-Kevadia Colony railway line set to open next year. Seaplane service planned between Sabarmati riverfront and Panchmuli lake on Narmada canal. A 320m bridge links to mainland.
OPENS to public on November 1; tickets at http://www.soutickets.in, on location, and at Shrestha Bharat Bhavan complex nearby. Tickets (Rs 120 for adults, Rs 60 for kids) allow access to memorial, statue site, Sardar Sarovar Dam etc. Tickets to observation deck cost Rs 350. Bus ride costs Rs 30 or Re 1 (kids); free with observation deck tickets.
STAY at Shrestha Bharat Bhavan complex where a 52-room, 3-star hotel with food service, guest amenities, conference facilities is coming up. Two tent cities, comprising 50 and 200 tents, set up on the banks of the Narmada. Gujarat has invited states to set up their Bhavans at the site; Nagaland and UP have accepted.
Also read | What the foreign press says on ‘world’s tallest statue’ 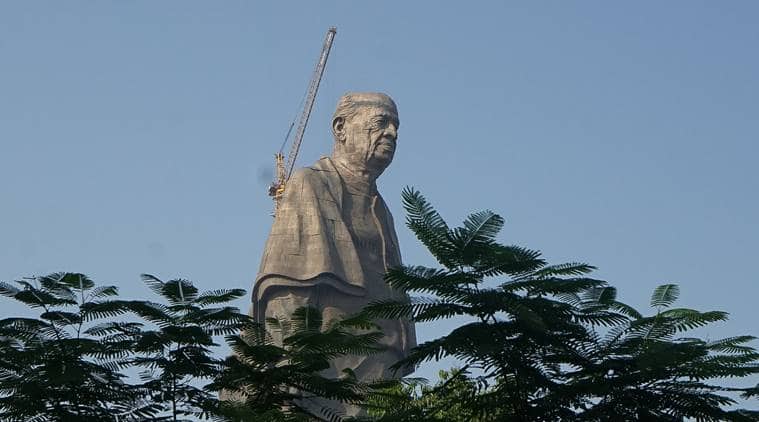