Let it rage | The Indian Express

Let it rage | The Indian Express

If women could have, they would have lit the #MeToo spark years ago. If the time is now, don’t stop them on trivial grounds 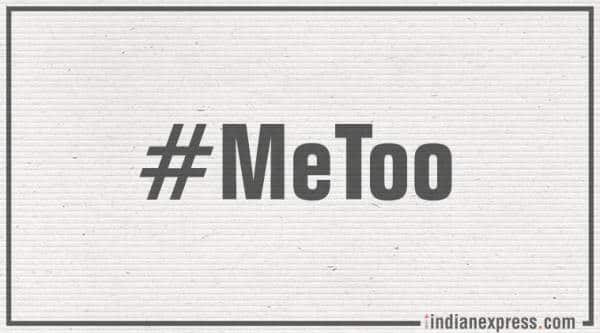 If women could have, they would have lit the #MeToo spark years ago. If the time is now, don’t stop them on trivial grounds
Though it is tempting to take credit — the me-first, removed from “movements larger than ourselves” generation that we are — the truth is that the Indian seeds of the now famous (or infamous, depending upon the side you are on) #MeToomovement were sown by a rural woman, a Dalit to boot.
In 1992, Bhanwari Devi of Rajasthan faced sexual assault in the line of duty. She complained about it, forcing the Supreme Court to issue guidelines on sexual harassment at workplace in 1997, which eventually came to be known as the Vishakha guidelines. Of course, her tormentors went scot-free, but that didn’t take away from the fact that through her suffering and push-back, she lit the spark.
Sometimes, a spark turns into a forest fire in the blink of an eye. Sometimes it takes a generation. Rest assured, the fire is now raging and it will not be put out anytime soon. It’s wholly “made in India”. The only thing imported about it is perhaps the slogan which is bringing women together — #MeToo. You have a problem with that? Change it. Let’s call it Bhanwari’s Bhanwar. Or whatever.
In the last fortnight, as the raging fire lit by Bhanwari Devi 26 years ago consumed one big tree after another, several contrarian voices have emerged. Interestingly, leading these contrarian opinions are women themselves, which is a good thing. At least, it has debunked the idea of this being a women-versus-men battle, and has shown it for what it is — a pushback by the less privileged, voiceless and defenceless people (who just happen to be women) against the painstakingly built edifice of entitlement and patriarchy, nurtured over the years by men, and those women who drew power from that structure.
Their objections rest on three legs. The first is the contention that this movement, (till we all agree on Bhanwari’s Bhanwar, let’s stick to #MeToo for convenience) is being orchestrated by privileged, urban women. Only those with little sense of history and ground realities can make statements like these. Today, very few women from privileged backgrounds enter the workforce. Those who do, wear their privilege as a protective cover.
An overwhelming number of women who work, including in the media, don’t come with the pedigree of having broken bread with former Indian prime ministers. They come from ordinary working backgrounds with shaky support systems. Statistics will bear this out. Of course, they are ambitious and they want to make a career, but is that reason enough to deny them the right to protest when their integrity is violated by shoving the argument of bigger causes in their faces? Please know that predators poach on the most vulnerable and those who they believe will not be able to fight back. It is bad enough that our laws, social conditioning and total lack of support, from even fellow women, denied these victims the courage to protest. Must we now mock them as opportunists too?
The second leg: The #MeToo movement is not honest and is consuming innocent men. Perhaps there is a shred of truth in that, but so what. Which movement in the world has not been misused or infiltrated by lumpen, vested interests? Is that ground enough to denounce the movement itself and write its epitaph? By this logic, all laws of the land must be abrogated because they have the potential of being misused by the law-makers themselves? Must the Unlawful Activities (Prevention) Act be dismantled because it has put thousands of innocents in jails as undertrials?
The third leg is of social media being the police, the court and the prison for the accused, as the Twitter lynch mob pronounces its verdict every minute. How can this be blamed on the victims of sexual harassment? They are using the platform most accessible to them and the one which can carry their voices furthest in the shortest possible time. Besides, under the present government, social media is a legitimate form of communication, one employed by the prime minister himself to reach out to the citizenry. All policy matters are unveiled on social media. So why can’t it be a tool of revolution?
Never mind what the critics say, we are indeed witnesses to a new work culture being created in India, mostly in the organised sector but slowly percolating down to the unorganised sector too. Of course, there will be some bloodletting, but that is the price revolutions demand. A few months ago, before we “privileged” women discovered #MeToo, my part-time maid told me that, in another house where she works, she noticed the man of the house watching porn on television while she was mopping the floor. His wife was away. She left the house telling him that she will return to work only after his wife returns. Is this not empowerment?
Empowerment is not a quality that you are born with or imbibe through education, though they contribute to it. Empowerment is a state of mind you reach through experience and peer support. And every woman deserves to find her moment of power at whatever point in her life, when she stands up and says — enough. No more. Let’s not belittle this journey by asking her why she didn’t protest earlier, or, why “she enters the room when her prospective employer opens the door in his underwear”. Believe me, and I say this from my own experience, if she could hit back then, she would have.
The writer is executive editor, FORCE news magazine
Publicado por salud equitativa en 5:25