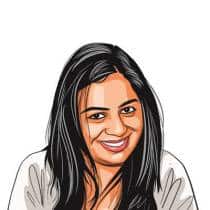 I never met the reclusive musician. Yet she opened up her world to me 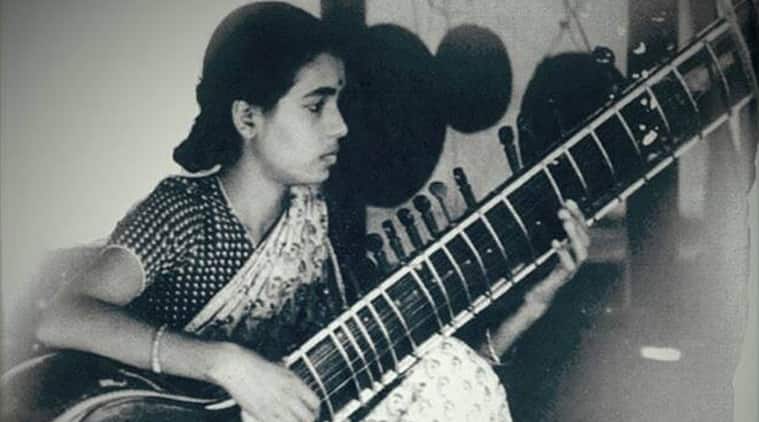 Annapoorna Devi, one of the very significant names from the Maihar gharana and a surbahar player par excellence, died last week at 91.
What do you do when a musician you deeply cherish dies? You play his/her music, listen to the repeats of their interviews, try to grasp the nuances in their art form, and mourn in solitude. But what do you do when this musician has not left you with any treasure trove of recordings — just a handful of stories about her that other musicians and only her students have access to? You can only listen in awe to the legend of one of the country’s finest musicians whose music should have been known to the world and who should have found greatness among the masses too. Because she deserved more than just silent admiration within music circles.
Annapoorna Devi, one of the very significant names from the Maihar gharana and a surbahar player par excellence, died last week at 91. Ustad Allauddin Khan’s daughter, Ustad Ali Akbar Khan’s sister and Pandit Ravi Shankar’s first wife, she hasn’t left us much to remember her by. She shut herself up in an apartment in Mumbai after parting ways with Shankar and became a recluse. She shunned recordings and awards, taught a handful of students (Pandit Hari Prasad Chaurasia and Pradeep Barot among others), and avoided public appearances.The world remembers her through a couple of recordings available on YouTube. Private collectors listen to some pieces which, of course, they consider themselves to be the sole custodians of and will never share with the world. I find myself pulling out an envelope from my almirah, and opening a long letter from Annapoorna Devi, dated March 2010 — one she wrote in response to my handwritten letter requesting an interview. The exchange eventually turned into a story for this publication.
I wrote the letter despite many senior music critics advising me against seeking an interview with a legendary musician who didn’t meet anyone. I was told that they had knocked on that door many times; that I was attempting something many had tried and failed at in the past. At 23, I mustered enough resilience within me to keep at it and, at least, try.
In a way, writing to her was also Sahana Gupta’s idea. Gupta, Annapoorna Devi’s grand-niece and a Bangalore-based engineer, told me about her experience of communicating with Annapoorna through letters. I thought it could be an effective way for me too. Another significant person who helped was Rooshi Kumar Pandya, Annapoorna’s student and her second husband. I will never forget Pandya beginning every conversation with “Chandigarh ki kudi, theek hai?” in about six phone conversations I had with him to check facts.
Annapoorna, in the 12-page double-spaced neatly-typed letter she sent me (effectively keeping her handwriting, too, away from me), offered insights into the world of her musical parampara, the reverence she had for her father and guru, and what eventually goes behind the making of a great artiste. She did not dwell upon Ravi Shankar, directly at least, but, in keeping with her mysterious self, summed up her marriage by talking about musical notes — and the way they are played by two kinds of people.
After my article was published, in 2010, I wanted to meet her. Despite the last sentence of her letter to me, telling me that she didn’t meet anyone. I visited a few years later, in 2014. Pandya had passed away by then, only months after Ravi Shankar’s death in December 2012. The guard allowed me entry into the house and directed me towards the elevator which opened at the door which had a board nailed to it — “The door will not be opened on Mondays and Fridays. Please ring the bell only thrice. If no one opens, please leave your name and address. Thank you. Inconvenience is regretted.”
I rang the bell and was greeted by flautist and Annapoorna’s student, Nityanand Haldipur, and was taken to the training-cum-living room, one with rows of sitars and tanpuras in their covers all around — above the cupboards, under the bed, in the corners, dusty, craving the attention of their keeper. This was the same space where many a mehfil had taken place once, the space where George Harrison had sat in a quiet trance and heard Annapoorna’s riyaaz.
Annapoorna was already bedridden when I visited. An eerie silence enveloped the apartment, which did not stir any more with the meditative strains of the surbahar. Haldipur proceeded to check on her and came back to me with, “Maji is asking if you will drink tea or coffee”. After an hour of conversation with Haldipur, a caregiver to Annapoorna for more than five years, I asked if I could meet her. I was certain she would meet me by then, if only to acknowledge my article, which, according to Pandya, she had “enjoyed reading”. Haldipur said he’d check and went inside. He returned saying, “She does not want to meet. But you can go till the entrance of her room and offer your pranam.” I walked up to the edge of her bedroom door. I saw a frail figure wrapped in a brown blanket inside. I stood still for a few seconds, before turning around and leaving the house.
I never got to speak with her. Yet, in her own elusive way, she allowed me to see what few did.
I can live with that without regret. But sometimes, when my emotions get the better of me as I mourn her loss, I wonder, if only once…
For all the latest Opinion News, download Indian Express App
More From Suanshu Khurana 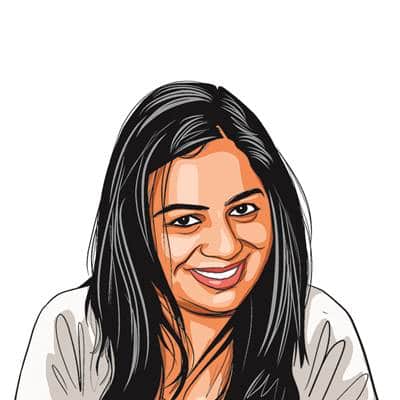