From the small town of Tallapoosa, Georgia—just 45 minutes from the legendary Talladega track—Brandall Brown was born with “racing in his blood.” His childhood hero was Jeff Gordon, and Brown vividly remembers annual visits to the Daytona USA museum, beginning at age five.
Just five days after he graduated from high school this May, Brown moved to North Carolina to start classes at NASCAR Technical Institute. “I’m pursing my dream,” he says.
Today, Advisor to the President Ivanka Trump traveled to Mooresville, North Carolina, visiting that same NASCAR Technical Institute alongside Daytona 500 winner Austin Dillon. She met with students like Brown and spoke about an issue close to her heart: job training to help American workers and American families get ahead. She also visited parts of the region affected by Hurricane Florence last month.
Ms. Trump has been a key advocate for workforce development in the White House, helping shepherd the bipartisan Perkins Career and Technical Education (CTE) Act through Congress earlier this year. Perkins CTE is the primary Federal funding source to help prepare students and workers for jobs in a 21st-century economy.
America’s skills gap is driven by a myth that there is a single pathway to economic success: four-year college. “The reality is that we have to rethink fundamentally human potential,” Ms. Trump said today. “We can’t have kids that are leaving university without skills that are loaded up with student debt.”
In response to this challenge, President Trump created the Pledge to America’s Workers, which has resulted in more than 4 million new opportunities since July.
Ivanka Trump: Training Americans for the jobs of tomorrow

Yesterday, President Trump awarded our nation’s highest honor to then-Staff Sergeant Ronald J. Shurer for his heroic actions while serving in the U.S. Army.
On April 6, 2008, Shurer and members of his team were pinned down on a mountainside under heavy enemy fire. Shurer fought his way across a barrage of bullets to treat and rescue wounded soldiers, using his body to shield others from ongoing fire and debris. He carried the wounded down the mountainside, and after loading the soldiers into an evacuation helicopter, retook control of his commando squad and rejoined the fight.
Shurer’s heroic actions saved the lives of many that day.
Ron “is an inspiration to everyone in this room and to every citizen all across our great land,” President Trump said at yesterday’s ceremony. “Ron, our hearts are filled with gratitude and joy as we prepare to engrave your name alongside of America’s greatest heroes.”
A year and a half ago, Shurer was diagnosed with cancer—but that hasn’t dampened his resolve one bit. “He’s been fighting it every single day with courage and with strength,” the President said. “He’s a warrior. He’s a warrior.”
Watch President Trump present the Congressional Medal of Honor.
Read more: Ronald Shurer’s heroic story 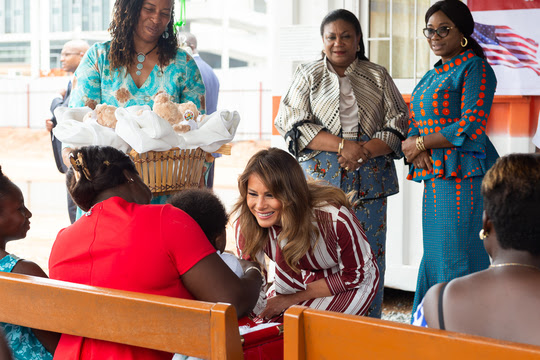