Investing in Arab and Asian Youth For a Sustainable Future 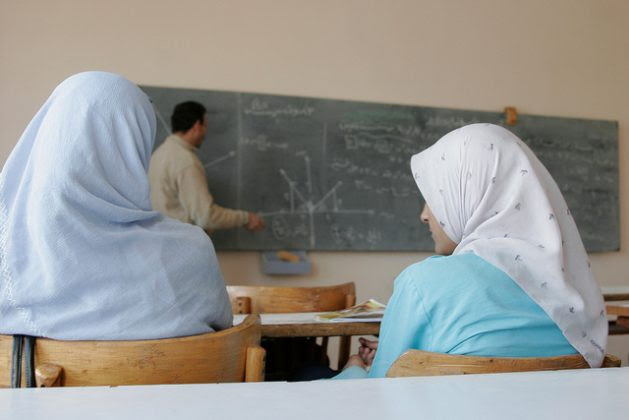 Governments, particularly those in Arab and Asian regions need to leverage youth population for sustainable development instead of making them an element of social instability. Credit: Victoria Hazou/IPS.
MANAMA, Oct 5 2018 (IPS) - As the youth population has increased to unprecedented levels in Arab and Asian regions, governments need to do more to invest in them.
“We are proposing concrete ideas on the effective use of the natural environment in the Arab region to contribute food security and youth employment,” said Asian Population and Development Association (APDA) board of directors’ head and Japan Parliamentarians Federation for Population (JPFP) vice chair Teruhiko Mashiko.
According to Youth Policy, a global think thank focusing on youth, more than 28 percent of the population – some 108 million people – in the Middle East are youth, between the ages of 15 and 29.

“This is the largest number of young people to transition to adulthood in the region’s history,” the organisation states. In Asia the number is almost 10 times greater with over one billion youth.
Mashiko was speaking during a key regional parliamentary forum called “Asian and Arab Parliamentarians Meeting on Population and Development – Investing in Youth: Towards Regional Development and Achievement of the SDGs” held in Manama, Bahrian this week.
Growing population, food security, unemployment and investing in youth for sustainable future were the main topics discussed during the meeting.
It was hosted by Bahrain under the patronage of Shura Council chair Ali Saleh Ali, and organised by the APDA and the Forum of Arab Parliamentarians on Population and Development (FAPPD) and brought together Asian and Arab parliamentarians along with experts and government officials.
Mashiko said governments needed to leverage youth population for sustainable development instead of making them an element of social instability.
“While these ideas may not seem to be directly linked to the issues of population, expanded youth employment and education programmes in the workplace can promote their acceptance of population programmes, [and have] various other implications for bringing about improvements in the existing situation.”
He further said that many regional parliamentarians forums on population and development are unable to sufficiently fulfil their roles. He said 40 years after activities on population and development started, it was becoming difficult to share the underlying principles of these activities.
“We are communicating with the people and governments about the concept of development from an international viewpoint,” he said.
Jordan member of parliament (MP) Marwan Al-Hmoud told IPS that he has a strong belief and faith in the importance of the role played by the youth.
“We need to focus on educating youth and emphasise on reinforcing values necessary to combat attacks against the Arab region,” he explained.
The annual Arab Youth Survey shows that defeating terrorism, well-paying jobs and education reform were among the top properties of Arab youth. “Overall defeating terrorism is cited as
a top priority more frequently than any other issue, with a third (34 percent) of young Arabs selecting it as a top priority to steer the region in the right direction.”
Al-Hmoud added: “Our youth are taking a step back from the Arab reality and [are] influenced by globalisation and foreign cultures, resulting in a lot of our youth to [having] no identity.”
Indian MP Nadimul Haque told IPS that the youth are the energy of the nation.
“Finding solutions in the field of population and development which impacts all areas concerned with humans is important,” he added.
“It needs to be uniform and sustained otherwise the whole idea of SDGs will fall flat,” he said. He was referring to the United Nations Sustainable Development Goals (SDGs), a collection of global goals to end poverty, mitigate climate change and protect the planet and to ensure equity and peace, among others.
According to the U.N. the world’s population as currently 7.6 billion as of 2017 and is expected to reach 8.6 billion in 2030, 9.8 billion in 2050 and 11.2 billion in 2100 with “the upward trend in population size expected to continue, even assuming that fertility levels will continue to decline.”
Haque said this might lead to a multitude of problems, such as lack of access to resources, knowledge and health services.
“It can lead to resource depletion, inequality, unsustainable cities and communities, irresponsible consumption and production, climate change, conflicts, [and can] gradually lead to an erosion of the quality of life on land.”
Haque highlighted success stories from his home city of Kolkata.
“We have successfully installed rooftop solar power in individual dwellings/buildings,” he explained. “For waste management, we have set up compactor units and we are proud that India is self-reliant in producing its own food grains.”
A list of recommendations to achieve the SDGs was issued, which identified combating health issues, especially communicable diseases and expanding primary health care as an important step.
Recommendations included, among others:
Bahraini MP Juma Al Kaabi said that his country’s legislative authority supported young people and mobilised their energies and strengths.
Al Kaabi further added that the government has made many sporting, cultural, humanitarian and scientific initiatives aimed at raising and developing Bahraini youth who are self-aware and capable of belonging to their homeland and participating in real and effective development and growth.
Al Kaabi said the Tamkeen Foundation has been established by His Majesty King Hamad bin Isa Al Khalifa to support young jobseekers through a variety of training programmes that would equip them in being skilled for the job market and to also help financial guidance and support.
“The King Hamad Award was launched to empower the world’s youth, which is the first of its kind at the global level to create the conditions for young people to participate in the development of creative and professional ideas that have reached the United Nations goals for sustainable development,” he told the IPS
While MP Amira Aser from Sudan told IPS: “Agriculture was one of the key sources of livelihood in the state and youth involvement would further boost agriculture activities.”
In some regions of Sudan, farming is largely characterised by rain-fed production, low fertiliser use, poor quality seeds, inadequate water management and low soil fertility.
The region has experienced some of the lowest per hectare crop yields in the world.
Japanese Ambassador to Bahrain, Hideki Iko, summed it up: “Investing in youth for their education, employment and welfare are important as they are an investment for a better future for all countries.”