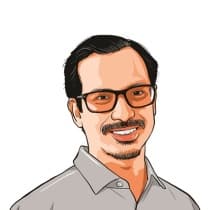 Defining Dignity: The concept is being invoked by Supreme Court, but not in a uniform manner
Pritam Baruah

The concept is being invoked by Supreme Court, but not in a uniform manner Dignity sceptics particularly highlight two grounds that deserve attention: The liberty restricting potential of dignity, and its indeterminacy.
With decisions on Aadhaar, IPC 377, and the right to privacy, the Supreme Court (SC) has reaffirmed the centrality of human dignity to the Constitution. The concept was invoked 120 times in the privacy decision, and 128 times in Navtej Johar. Despite the enthusiasm of the courts, there is growing scepticism about the application of dignity.
The SC’s application of dignity perhaps reflects the commitment in the Universal Declaration of Human Rights. The value of dignity, however, is contestable. The concept has been characterised as “culture-relative”, a “smokescreen” for the subjective preferences of judges, and famously by Schopenhauer, as “the shibboleth of all empty-headed moralists”. Dignity sceptics particularly highlight two grounds that deserve attention: The liberty restricting potential of dignity, and its indeterminacy.
The liberty-restraining potential is famously illustrated by the “dwarf throwing case”. In 1991, the Mayor of Morsang-sur-Orge in France banned a dwarf-tossing competition in the interest of law and order. Manuel Wackenheim, one of the dwarves to be tossed, contested the mayor’s decision asserting that not being allowed to choose his employment violated his dignity. Cruelly, dignity went against him in all courts. In abortion cases in the US, dignity figured in both pro and anti-choice camps.
Restricting liberty for the sake of other values is undoubtedly justified. However, grounds for restricting it on a low bar undermines liberal-democratic values. Indeed, casual recourse to dignity frequently ends conversation on the demands to balance and flesh out competing constitutional values.
Judicial enthusiasm with dignity also overlooks the challenges posed by indeterminacy. In the last five years, the SC employed dignity as a value when upholding rights of transgender persons, as a norm while rejecting challenges to criminal defamation and as the core uniting all fundamental rights in the privacy decision. Though seemingly pedantic, such distinctions are material in constructing legal arguments. The current availability of each might stretch the concept too thin.
Indeterminacy clouds the status of dignity. In Francis Coraile Mullin, the Court held dignity to be a part of the right to life, which implied that the limitations on the right applied to dignity. However, in other decisions, including Puttaswamy (privacy), dignity was held to be absolute. Even in the privacy decision, the court makes mysterious claims: First it held that dignity is the core of all our rights, and later that privacy is the core of dignity. The court also states that dignity cannot exist without privacy. Though one can infer the intention of these statements, clarity demands a nuanced elucidation of the relationship between constitutional values. It is conceivable that issues such as manual scavenging or caste-based humiliation concern dignity, but not privacy. Indeed, protecting dignity requires sacrificing traditional privacy protections, as in women and child rights cases.
Overcoming dignity-scepticism requires as much attention to reasoning, as to emancipatory outcomes. How then should courts develop an emancipatory dignity jurisprudence? Perhaps a closer focus on the content of dignity and existing research on dignity in law and other disciplines is a first step. Collective reflection by members of the higher judiciary would go a long way in preventing potential contradictions such as the individualistic vs community concept of dignity that surfaced in the Aadhaar decision.
Second, sparing application of the concept to specific dignity arguments might lend more clarity. Third, courts might do well to shun the easy recourse to holism: The view that all our constitutional values are united. Rather, paying individual attention to instances and literature on each value might help us appreciate their connected nature.
Scepticism over the application of dignity reminds us that in the face of moral disagreement, cherished assumptions demand closer reflection to vindicate their value. The assumed value of human dignity needs careful elucidation, lest it become a Trojan horse in the judiciary’s armoury meant for protecting rights and enforcing duties.
Baruah is associate professor of law at Jindal Global Law School. Narayan practices law at the Supreme Court
Publicado por salud equitativa en 5:43