We Must Talk to Each Other to Solve Gender Inequality 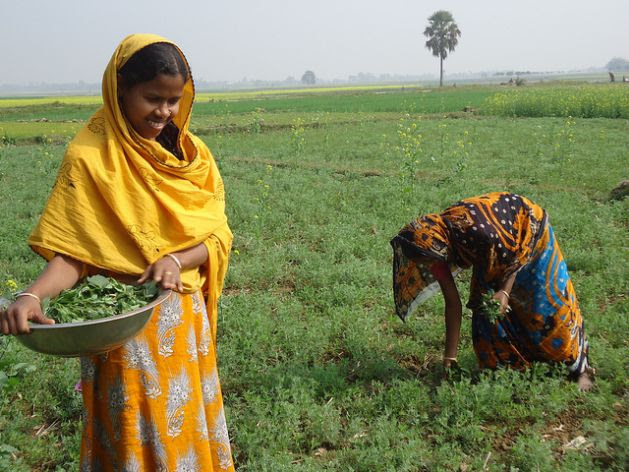 Women farmers clearing farmland in Northern Bangladesh. Credit: Naimul Haq/IPS
BONN, Mar 12 2018 (IPS) - The international community agreed on the global Goal of achieving gender equality and women’s empowerment by 2030. But we can’t reach it – not even by 2050 – until we talk to each other, rather than past each other. If we are serious about empowering women and girls, we have to bridge the huge chasm that exists between the advocates of gender equality, on the one hand, and advocates of other Goals, on the other.
Take, for example, global Goal 15, on Life on Land. One of its targets is to restore degraded land and achieve land degradation neutrality by 2030. It simply means that every country will take measures to “avoid, reduce and/or reverse land degradation” so that by 2030, land degradation – at worst – does not exceed what it was in 2015. As of today, 115 countries are identifying the areas at highest risk of land degradation. A third of the countries are already planning actions to meet this target. 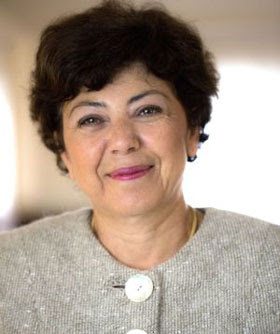 Monique Barbut
A majority of policy-makers are more aware and ready to embrace corrective actions that involve and help women. And it’s not just to be politically correct. A big part of it is self-interest. A case study in India comparing grazing and forest regeneration practices showed statistically significant results in villages where women participated in land management compared to villages where women did not participate. With women’s participation, the probability for controlled grazing increased by 24 percent, and by 28 percent for forest regeneration.
Without a doubt, women can be powerful actors in efforts to halt land degradation, to improve the lives of affected families and communities and to mitigate the effects of droughts that are becoming more intense, frequent and severe.
So, when the 197 countries bound to the United Nations Convention to Combat Desertification (UNCCD) agreed on the framework for action for 2018-2030, it is not surprising they adopted a gender action plan to go with it. The GAP, as it is known, will tackle the gender inequalities that might undermine the achievement of national targets.
The key hindrance to gender equality today is not the absence of affirmative gender laws. Rather, it is the failure to act on them. Gender experts have the means. Technical experts have the frameworks. We are only a series of the right conversations away from righting a historical wrong and make it possible to achieve our gender goals for 2030.
The gender inequalities it identifies are high on women’s agendas everywhere, but are especially critical for the empowerment of rural women and girls. They concern women’s access to land rights, credit, knowledge and technology and full participation in decision-making. By acting on these, the Plan also stresses the need to work through women’s groups and organizations in order to build capacities.


It is important for rural women and girls to be key agents of this change, but just as important is for them to reap direct benefits from these interventions. And GAP is an instrument designed to ensure pursuing land degradation neutrality which is means avoiding, reducing and reversing land degradation, also empowers women and bridges gender inequality.
The technical staff from the ministries in charge of the Convention know both outcomes are vital. But they are not gender experts. This is not their primary function. And, they are technically ill-equipped to address any of the issues. So, in spite of the power of the political will and having a Plan, realizing both outcomes is not guaranteed.
For the goal of gender equality to be achieved by 2030, the organizations dedicated to gender rights need to take this expression of political will and ensure it is pursued through to implementation at the national level. This matters because perhaps more than at any other time in history, today technical experts are not just aware of the importance of gender equality; they are committed to action.
Gender experts and advocates at national level can be practical and help to make the results tangible. With a basic understanding of how the Convention works and its intended outcomes, gender activists, experts and advocates can provide the capacity to correct a failure and the persistent discriminatory practices in land use and land management.
The key hindrance to gender equality today is not the absence of affirmative gender laws. Rather, it is the failure to act on them. Gender experts have the means. Technical experts have the frameworks. We are only a series of the right conversations away from righting a historical wrong and make it possible to achieve our gender goals for 2030.