Up In The Air | The Indian Express

Up In The Air | The Indian Express

Up In The Air 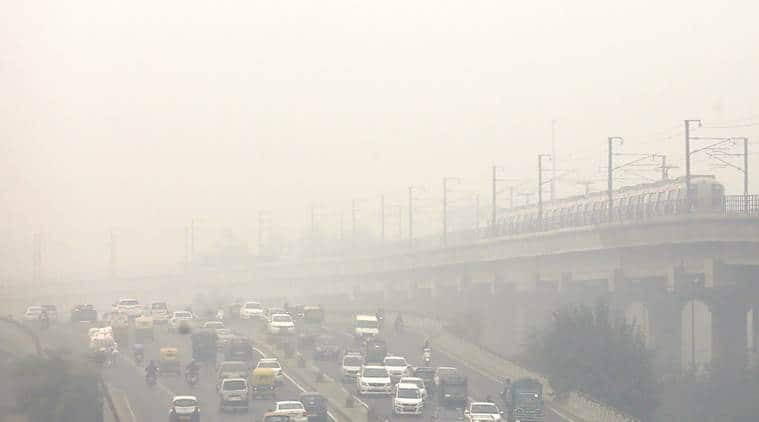 At present, there are more than a dozen stakeholders who are trying to grapple with the problem.
Air pollution in Delhi is being recognised as one of the biggest public policy challenges India has faced in recent times. Everybody agrees that there is need for drastic action and immediate intervention. However, we see few signs of such an intervention on the ground. The primary reason for our inability to respond swiftly and in a coordinated manner is the multiplicity of actors involved and the lack of clarity on roles. The first step of a resolute action plan should be to put in place a single empowered agency under the Union government to deal with the issue on a war footing. Its leadership role should be clear and unambiguous.
At present, there are more than a dozen stakeholders who are trying to grapple with the problem. Perhaps all of them are working with honest intentions. Unfortunately, they are all working in bits and pieces, most of the interventions lack any evidence-based approach and there is no evaluation of what works and what does not. For example, we do not know whether the ban on firecrackers worked or ended up being counterproductive. We do not know how effective the odd-even experiment was. There is little clarity even on what is causing the pollution in the first place. The source apportionment studies done so far lack the quality and depth to unequivocally establish the sources of pollution and their respective contributions. At times, stakeholders pick and choose the study which would put the responsibility of remediation/intervention on some other agency.
The present institutional framework includes the government at three levels — the Centre, the Delhi government and local municipal corporations. It also involves three entities on the judicial side: The Supreme Court (SC), the Delhi High Court and the National Green Tribunal. Then we have the three regulatory/enforcement bodies — the Central Pollution Control Board, the Delhi Pollution Control Committee and the SC-mandated Environment Pollution (Prevention and Control) Authority for the NCR Region (EPCA). Punjab, Haryana and Uttar Pradesh are among the states which contribute to the problem.
With this plethora of entities working with little coordination and at times at cross-purposes, it is no surprise that there is lack of clarity on who should be held accountable. Dissipated authority leads to dissipated accountability. It gives an alibi to everyone to lay the blame elsewhere. A single agency should get credit if things improve. It should face flak if they don’t.
This agency has to be located under the central government because pollution doesn’t respect geographical boundaries and the problem is actually worse in several other cities across the country. Besides, Delhi’s problem has its genesis partly beyond the city’s borders. Any solution will have components beyond the administrative and financial capabilities of regional/local governments. Further, this agency has to be fully under the control of the executive. It should be appointed by it and be answerable to it. There is space for judicial intervention but that intervention has to happen in a manner that does not wrest initiative from the executive. So far, it has only had the effect of forcing the executive to take a back-seat.
The SC has shown initiative and leadership in bringing this issue to the forefront. It has shown persistence in dealing with it over the years and has helped in taking some tough measures which were badly needed. However, the nature of its intervention has to change now. The optics of the judicial intervention need a major alteration. It should transform its role from that of a policy analyst or a problem solver to an institution that protects the rights of citizens by holding the governments of the day to account. If a writ of mandamus has to be exercised, it has to force governments to find solutions rather than itself prescribe policy solutions.
The concept of a continuing mandamus has no explicit place in our constitutional scheme. It is a creative interpretation of constitutional law at best. A society accepts it if the outcome is good and the ends justify the means. If it shifts policy-making away from the executive, it is only having the undesirable effect of letting the executive walk away from both the problem as well as the blame for not solving it. In this case, the SC has been steering this issue at least since 1998 when it ordered the constitution of the EPCA in a PIL filed in 1985, which is yet to be disposed of. That is a reasonably long time to debate whether a course correction is in order. Who is in the driver’s seat should be clear: In fact, and in perception. If that clarity can be achieved, we will be giving an opportunity to the electoral dynamics of a vibrant democracy to solve the problem and find a solution that has eluded us so far.
Views are personal
The writer, an IAS officer, is currently pursuing a Master’s degree at the Goldman School of Public Policy at UC, Berkeley.
For all the latest Opinion News, download Indian Express App
Publicado por salud equitativa en 4:43