Telescope: Watching the worst in us | The Indian Express

Telescope: Watching the worst in us | The Indian Express

Telescope: Watching the worst in us

Coverage of Sridevi’s death was tasteless and insensitive. Is anyone surprised? 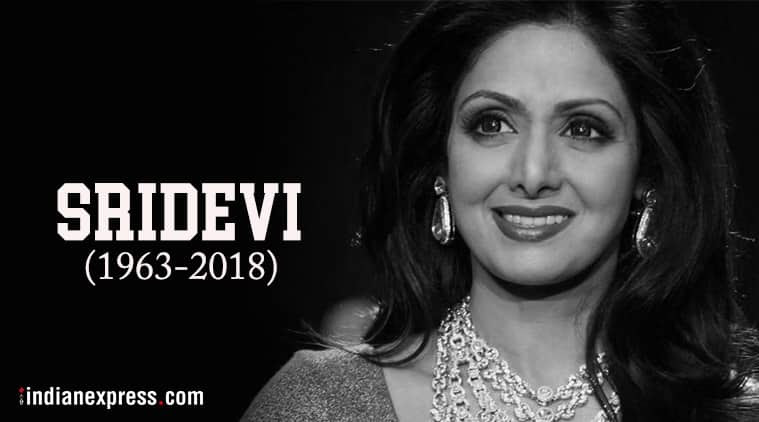 Late actor Sridevi.
If only they had abided by their own hashtag, “#RIP” and let Sridevi rest in peace and the bereaved mourn in silence. As it was, had it not been so saddening, it would have been laughable. Not sure what was the most ludicrous, demeaning and obscene or all three: The Mahaa News reporter sprawled in a bathtub, “Sridevi lying in a bathtub” (CNN News 18) or the cut-outs of Boney Kapoor and his wife in the bedroom (Zee Hindustan) — TV 9’s cadaverous imagination had Sridevi’s body in the tub with Boney Kapoor standing by (also News X).
Or was it the glass of red wine floating into bathroom scenes on so many news channels (like ABP, Aaj Tak) no sooner had Khaleej Times reported “the stunning twist” (India Today) that “traces of alcohol” had been found in Sridevi’s forensic reports on Monday afternoon? You thought any second then, the thirsty but hale and hearty reporter/anchor would reach out, gulp down the “sharaab” as Hindi news channels pronounced with censorious disapproval (“kya sharaab ne le li megastar ki jaan?” — News 24), lose “consciousness”, fall into the bathwater, drown and become “considerably bloated” (as a “source” close to those close to the Kapoor family confided in Arnab Goswami) — all in the space of “40 minutes” (Republic). Then he/she could have “died” and returned from the dead to tell the tale.
That’s how ludicrous it all was.
For the mathematician in Goswami, it just “didn’t add up”. He claimed “evidence had been destroyed” by the Dubai police opening the hotel bedroom, where Sridevi had stayed. His co-anchor suggested a second autopsy be conducted in India, something a “varisht patrakaar” on Zee Hindustan seconded. “Kya sadma ek hatya hai?” asked the channel while India News reported Sridevi had a “head injury” and a “deep wound” — something that Khaleej Times’ Abhishek Sengupta flatly denied. He and the editor of Gulf News were the most sought after journalists from Dubai — that is until India Today’s Gaurav Sawant flew in to investigate “Diva found dead in bathtub” only to discover that the Dubai authorities had “closed the case”.
Not for the likes of Goswami, who for two successive nights relentlessly pursued the “megastar” in death with “legit” “unanswered questions”, rather like news channels, which pursued the ambulance carrying Sridevi’s “mortal remains” (why couldn’t they simply say “body”?) from Mumbai airport to her home, Tuesday night, and the SUV apparently conveying Karti Chidambaram to a Delhi court on Wednesday (NDTV 24×7).
Such needless, tasteless, cruelty as they piously proclaimed “Alvida Sridevi” (Zee News). No more needless than Times Now measuring out her life and death in feet and inches: Could a 5’ 6” person drown in a 5-foot wide tub, which was 24 inches deep? Or the theory that the allegedly repeated plastic surgery may have been the culprit — India Today, in all seriousness, invited a plastic surgeon for an opinion (Sunday) along with Dr Naresh Trehan on the “cardiac arrest”.
No more needless than the chatter, Wednesday morning, as her body lay in state at the Celebration Sports Club. In the parade of Bollywood stars, actors were identified — Karan Johar arrives, Rekha is here, etc — and the Aaj Tak reporter described Sridevi dressed like a “dulhan” and how much who cried, none apparently more than Vidya Balan who had to be consoled by Sonam Kapoor. Did we need to know any of this? None more tasteless than ABP’s needle of suspicion in a graphic showing a syringe about to pierce “botoxed” lips. None more cruel than the photos making the rounds of social media on Tuesday and shown on, at least India TV’s “Aaj Ka Viral” of a “first look” at Sridevi’s body, and her face on TV 9.
And what of the repeats, over three days, of her “final 15 minutes alive” on almost all Hindi news channels? “What happened in those last 15 minutes that led to her death?’ asked India TV. It went on to detail the final moments — she was “surprised to see Boney”, the time and space- traveling anchor claimed — or what it called “maut ki neend” in “Maut ka bathtub”. Why didn’t they all get thrown out with the bathwater?
Then there were her “last” photographs in death, her “last” photographs and videos, in life, at the wedding she attended in Dubai, her “last” smile on an aircraft before she left Mumbai for Dubai (ABP came up with the infelicitous “death’s silent scream”), her lasting contribution as Bollywood’s “first female megastar” (Times Now) and, all day Wednesday, her “last journey”.
Many viewers have criticised the coverage of Sridevi’s death, but are any of us really surprised? Perhaps by how far they are willing to sink into the bathwater to come up with “stories”. Remember the Aarushi murder case, the insensitive reconstructions, speculation and “detective” cloak and dagger stuff? Could anything be worse?
We are complicit. We watch the worst they do in fascinated horror or horrified fascination.
Who will bid “alvida” to them?
shailaja.bajpai@expressindia.com
For all the latest Opinion News, download Indian Express App
Get assembly election result LIVE updates from each constituency in Tripura, Nagaland and Meghalaya
More From Shailaja Bajpai