Strengthening Ban on Chemical Weapons: The Case of Syria 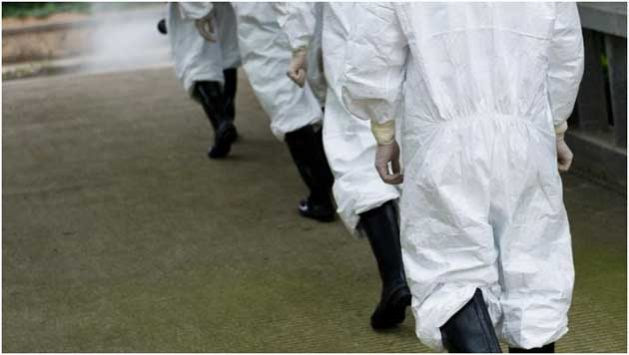 Photo: Shutterstock
STOCKHOLM, Sweden, Feb 27 2018 (IPS) - The legal framework prohibiting chemical weapons (CW) is considered the gold standard for multilateral disarmament. It features both comprehensive provisions and intrusive verification measures. Yet, in the case of Syria, this framework (which extends to the United Nations Security Council) has proven insufficient.
Indeed, the use of chemical weapons in Syria has been in focus since such allegations first surfaced in 2012. Failing to address these allegations within this framework will undermine confidence in the feasibility of disarmament.
The case of Syria
After Syria joined the 1993 Chemical Weapons Convention (CWC) in 2013, the prohibition on CW use was clear and unambiguous. Deliberate attacks on civilians with any weapon are always illegal, but even indirect risk of CW attacks on civilians should not arise.
However, by 2014 international investigations had concluded with a high degree of confidence that chlorine gas, sulphur mustard and sarin were used to kill and injure civilians in Syria.
In 2015 the UN Security Council established the OPCW–UN Joint Investigative Mechanism in Syria (JIM) in order to determine responsibility for CW use. The JIM was to base its investigation on information developed by the Organisation for the Prohibition of Chemical Weapons (OPCW) Fact-Finding Mission (FFM).
By late 2017 the JIM was, ‘confident that ISIL [Islamic State of Iraq and the Levant] is responsible for the use of sulfur mustard at Umm Hawsh on 15 and 16 September 2016’ and, ‘confident that the Syrian Arab Republic is responsible for the release of sarin at Khan Shaykhun on 4 April 2017’.
Despite these reports, achieving consensus on the Syrian Government’s responsibility for the use of CW has proven elusive. Given the gravity of the use of CW in Syria, enforcement action falls within the purview of the UN Security Council and is, therefore, contingent on Russia’s acquiescence.
Consensus that the Syrian Government is responsible for the use of CW has not been realized at the UN Security Council nor at the Executive Council of the OPCW, the body that implements the CWC. Specifically, Russia and Iran have maintained that opposition groups alone are responsible for the use of CW.
Hence in April 2017 Russia vetoed a draft resolution condemning the use of CW by the Syrian Government. Later in November 2017 Russia vetoed a resolution to continue the mandate of the JIM.

What then can be done to strengthen the regime banning Chemical Weapons?
The French initiative
On 23 January the French Foreign Ministry hosted the launch of the ‘International Partnership Against Impunity for the Use of Chemical Weapons’. Partners currently include Australia, Belgium, Canada, Czech Republic, France, Germany, Italy, Ivory Coast, Japan, Kuwait, Morocco, Netherlands, Peru, Poland, Senegal, South Korea, Spain, Sweden, Switzerland, Tunisia, Turkey, United Kingdom, United States, Ukraine, as well as the European Union. However, the group is open to admitting other partners that are convinced Syria is not complying with its CWC commitments.
The partners have agreed on six measures:
1. To collect, compile, retain, and preserve relevant information to support efforts to hold accountable those responsible for the proliferation or use of chemical weapons;
2. Facilitate the sharing of such information with participating states, and international, or regional organization as appropriate, so that those responsible may be brought to justice;
3. Use relevant mechanisms to designate individuals, entities, groups and governments involved in the proliferation of chemical weapons for sanctions, as appropriate;
4. Publicize the names of individuals, entities, groups or governments placed under sanctions for their involvement in the proliferation or use of chemical weapons through a dedicated website;
5. Strengthen the capacity of participating states, through national and supranational measures, to hold accountable those involved in the use of chemical weapons, including by enhancing the legal and operational capabilities of states to identify and sanction or prosecute individuals and entities involved in the proliferation or use of chemical weapons;
6. Support, where appropriate, common positions in existing fora regarding the use of chemical weapons, for example the OPCW Executive Council and the UN Security Council and General Assembly.
There is a political dimension to the partnership which is intended to sustain the public discussion of CW use in Syria. In addition, the participants will aid each other to use their domestic laws, including criminal law, to hold individuals and groups in (and supporting) the Syrian Government legally accountable for the use of CW. It is hoped that the use of domestic criminal law will deter the possible further use of such weapons.
Many of the partners already cooperate to design and implement sanctions of various kinds. However, the new initiative could increase the likelihood of a successful criminal prosecution if information exchanges generate evidence that can be introduced into court proceedings.
Key questions
What is the likely impact of the recent initiative?
The participants in the French initiative should actively consider the inter-linkages between the initiative and existing multilateral legal frameworks, including in the context of the Fourth CWC Review Conference which will convene in November 2018.
The OPCW Director-General should be kept appraised of the views and intentions of the partners vis-à-vis the Syria case, and how they will approach it at the Conference. The initiative should not contribute to any further division among CWC states parties that may harm either CWC norms or the institutional capacity of the OPCW.

How can multilateral, legal disarmament and arms control regimes and actions by groups of like-minded states become mutually reinforcing?
Russia has criticized the French initiative as a ‘restricted format meeting’ from which it was excluded and which ‘attempts to replace the OPCW and to create an anti-Damascus bloc through the proliferation of lies’.
However, Izumi Nakamitsu, the UN High Representative for Disarmament Affairs, has stated that investigations into allegations of CW use in Syria continue, and if they ‘conclude that there has been the use, or likely use, of chemical weapons in any of these alleged incidents, our obligation to enact a meaningful response will be further intensified’.
Thus, the states participating in the French initiative believe that it will provide support to the CWC and the UN and promote respect for the shared objective of eliminating and prohibiting chemical weapons.
What contribution can domestic criminal law make to strengthening international security?
By now all states should have adopted measures to punish legal persons under their jurisdiction and control in their national legislation to implement the CWC and UN Security Council Resolution 1540 (2004). These legal obligations require states to impose criminal sanctions on individuals engaged in the proliferation of nuclear, biological, chemical weapons and missile delivery systems.
However, using domestic courts to hold officials of foreign governments accountable for actions taken in their own country is a new and interesting addition to the arms control ‘toolbox’ that has far reaching implications if applied generally. To realize the potential of this approach, partners must develop a measured approach to collect and present information as evidence in court proceedings.
The French initiative is a commendable effort to hold facilitators and supporters of CW use in Syria legally accountable and thereby to help ensure that the CWC norms are not fundamentally undermined through inaction or neglect.