Hero without a script | The Indian Express

Hero without a script | The Indian Express

Hero without a script

Kamal Haasan will need ideology, not just idealism, if he wants to present himself as a political alternative in Tamil Nadu While Haasan wants to test his own imagination of power and politics, Rajinikanth remains a kite flown by his invisible political handlers in Delhi.

Kamal Haasan is, undoubtedly, one of the most creative artists of Indian cinema and the finest of his generation in Tamil cinema. Despite the scores of commercial-romantic movies he has been a part of, he has also carved a niche for himself in the Tamil audience as a thinking actor and an artist par excellence. He also possesses the qualities of a public intellectual, nurtured through occasional exhibitions of interest in literature and a consistent articulation of social issues in a political environment driven by social ideology. He has been more transparent and less hypocritical than many in Tamil cinema. In the process, he has unconsciously built a constituency among the urban upper-middle class, the new-age Twitter caste, and a non-descript fan club, which he calls a social service organ, in defiance of the cult culture in Tamil Nadu.
Related News

The context and significance of Haasan’s entry into Tamil Nadu politics arises from the painful moment of transition in the state in terms of leadership, reinvention of the Dravidian political ethos and the exploration of new grounds and paradigms. There is a peculiar confusion and crisis that many want to exploit, including the Dravidian parties other than the DMK and AIADMK, national parties like the BJP. And if you are a cinema actor in Tamil Nadu, the back door to politics is always kept open with an illusory key.
While Haasan wants to test his own imagination of power and politics, Rajinikanthremains a kite flown by his invisible political handlers in Delhi. Haasan has an instinct to exploit the wind of opportunity — the way he had started to use his TV show, Big Boss, to discuss political instability and the decay of Tamil Nadu politics is an example. While he has highlighted his personal integrity and lack of interest in power, he suffers from the “big boss” psyche, which may not help in surviving politics. In comparison to Rajinikanth, who gives the impression that he can be flown like a kite by competent handlers, Haasan comes across as an angry and melancholic figure with little patience or promise of endurance.
Haasan has ideals but no ideology. One may argue that there is no need for ideology, and being a centrist is not an ideology. The middle path is an evolved political-ideological orientation, but opportunism is not a middle path. At times, he sings praises to CPM leader Pinarayi Vijayan and at others he does not dismiss the scope for an alliance with the BJP. He finds himself in a mutual admiration club with Arvind Kejriwal but with little knowledge of the years of the latter’s political groundwork and the qualities of leadership. Haasan may even join hands or ally with Rajinikanth, without any introspection of the criteria or ideals he has set. Haasan has been carrying around the hurt he received from the various power centres in Tamil Nadu. His urge for power is negative and opportunistic.
Haasan’s biggest strengths are his public visibility, ability to exploit the media and the crisis of circumstances in Tamil Nadu as well as a fact that he is an artist-public intellectual to reckon with. His major weaknesses is the illusion that fan clubs could be converted into a political party. He has no record of political work and can mobilise only a certain section of society — the Twitter constituency in particular. Politics needs a broader cause and the skills to mobilise the masses.
Haasan is putting together a professional team of resourceful people from different backgrounds. They are mostly in advisory roles to give content, form and direction to his politics. He remains yet the hero and director of a script. In politics, unless the people and the cause become powerful, change is not easy. He is recruiting his team as a film distributor would do, finding an agent in metropolitan areas and distributors in the districts. Politics is not a show that goes on for a few hours. It is the lifelong pursuit and struggle for justice.
As a politician, Haasan is without an ideology and a clear roadmap. He will, therefore, not be seen as a viable alternative. He is guided by the ethos of the traditional influence of cinema in Tamil Nadu politics and the Kejriwal phenomenon in Delhi. Delhi is a big stage, but it is only a city-state. Tamil Nadu is a state where politics has been brewing for centuries. In the decay and decline of Dravidian parties, one does not yet see the end of the social ideology of Dravidian politics. Haasan has time to contemplate his path and choices, if he is not in a hurry. A strong saddle is also what makes a good horseman, more than his past reputation for a long journey.
The writer is professor & head, department of politics & public administration, University of Madras. He is currently visiting professor at the Institute of International Relations, National Chengchi University, Taipei, Taiwan
For all the latest Opinion News, download Indian Express App
Get assembly election result LIVE updates from each constituency in Tripura, Nagaland and Meghalaya
More From Ramu Manivannan 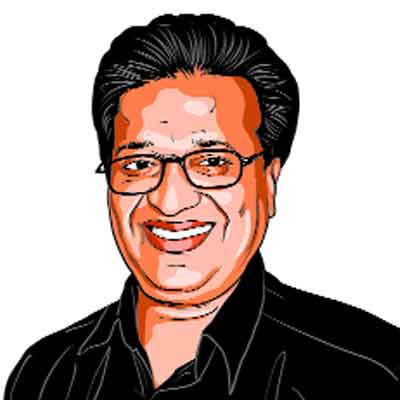