The lesson for Modi is that he must stop pretending that achche din (good times) are already here. They are not. If Modi’s personal popularity remains relatively intact, it is only because ordinary Indians, even apolitical, desperately poor ones, see him as sincere (File)
So is it the beginning of the end for Narendra Modi? Do last week’s results from Uttar Pradesh indicate that he will find it hard to get a full majority in 2019? It was in the end 73 seats from this state that made the difference in 2014. Was appointing Yogi Adityanath as Chief Minister after last year’s massive mandate a mistake? The vote was for parivartan and vikas; not for Romeo Squads and Hindutva violence. If such questions are being asked in a column that has openly supported Modi, then it could be time for the Prime Minister to start seeking answers.
Things are looking so bad that Sonia Gandhi declared boldly at the India Today Conclave in Mumbai last week that achche din could become the ‘India Shining’ factor of 2019. It was this foolish slogan that brought her first government to power in 2004. No political analyst (including this one) predicted that year that Atal Bihari Vajpayee was going to lose. It was this over-confidence that made his marketing managers come up with the slogan that India was shining.
It is true that the economy was growing at a healthy clip, but it was equally true that ordinary Indians continued to live without bare necessities like clean water and electricity. So when they heard that according to the BJP their policies had made India shine, it angered them enough to throw Vajpayee out of office. The lesson for Modi is that he must stop pretending that achche din (good times) are already here. They are not.
If Modi’s personal popularity remains relatively intact, it is only because ordinary Indians, even apolitical, desperately poor ones, see him as sincere. Very little has changed in their lives but so far they blame this on long years of Congress misrule. So if Modi needs to tread carefully, so does Sonia. When asked why she thought the Congress was reduced to 44 seats in the Lok Sabha in 2014, she said they had been “out-marketed”. Then what new ideas was she going to bring if given another chance? None, she declared, they would continue with the same programmes they had started.
They were bad programmes. They caused her government to spend too much money on providing too little relief for people who would have done better if the money had been spent on roads, hospitals, schools and creating real jobs. Modi’s tragedy is that he knew MNREGA and the Right to Education and cheap food grains were expensive and leaky programmes, but continued them. He knew that young voters were aspirational and impatient and no longer satisfied with subsidies and scraps from the government’s high table, but he did nothing to change things. If he does end up being a one-term prime minister, he will have plenty of time to dwell on why. What he needs to do now is find some way of changing course. It will not be easy.
He may retain the image of a sincere man but his policies have angered every constituency that voted for him. Big businessmen are unhappy because the reforms they hoped for have not happened, so it is not easier to do business despite Modi’s vaunted claims that it is. Small businessmen have been hit badly by demonetisation and a complicated and cumbersome GST. Farmers are angry because their lives remain wretched and have been made worse by cow vigilante activities that have made dairy farming impossible. And, young people continue to wait for jobs.
Modi and his ministers remain in denial about this failure to create jobs, but it is because they have not visited rural India recently and seen those groups of idle young men sitting around listlessly in village after village after village. What has changed for them is that they now have to find a way of applying online to employment exchanges, and if they do not have Aadhaar cards, they can do almost nothing. It is hard enough for urban Indians with easy Internet access to link their bank accounts and virtually everything else to Aadhaar cards but multiply this at least four times to understand how hard it is in the wilds of rural India.
So if voters in Gorakhpur and Phulpur dumped the BJP in constituencies represented by the Chief Minister and Deputy Chief Minister of UP, they had good reason. BJP spokesmen have tried to blame everything on changed caste equations because two casteist parties pooled their resources. Modi should ignore this kind of political analysis and pay close attention to the truth: that Dalits have been as affected by Hindutva vigilantes as Muslims, and that lower-caste Hindus in general are not mad about Hindutva. In UP, since the advent of Yogi Adityanath, there has been too much violence that has been Talibanesque and horrific and too little by way of change and development.
Follow Tavleen Singh on Twitter @ tavleen_singh
For all the latest Opinion News, download Indian Express App
More From Tavleen Singh 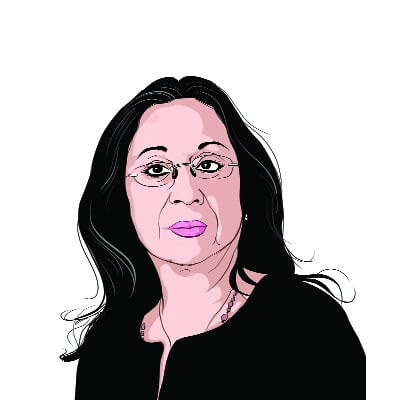