Gina Haspel has been chief of station at CIA outposts abroad. In Washington, she has held several senior leadership positions, including deputy director of the National Clandestine Service. 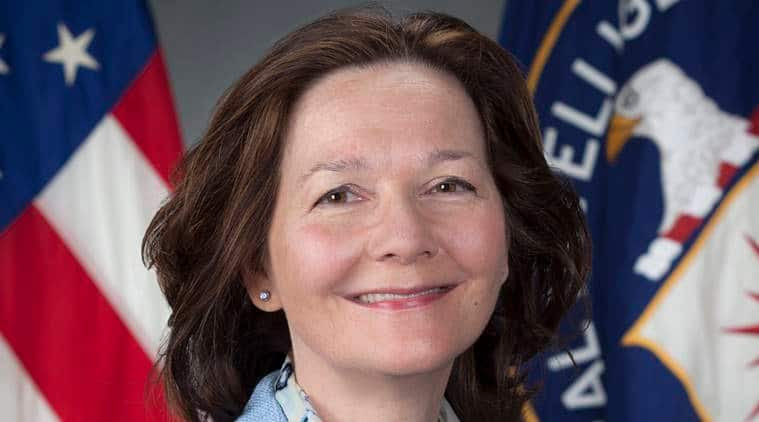 Gina Haspel, who joined the CIA in 1985, has been chief of station at CIA outposts abroad. (CIA via AP)

President Donald Trump’s pick to be the next director of the CIA is a career spymaster who oversaw torture at a secret prison during one of the darkest chapters in the agency’s history. If confirmed, 61-year-old Gina Haspel would become the first female head of the CIA. She’s described by colleagues as a seasoned veteran with 30-plus years of intelligence experience who would lead the agency with integrity. But it’s the few years she spent supervising a secret black site that will be closely scrutinized at her confirmation hearing.
Trump announced on Tuesday that he had chosen Haspel to succeed Mike Pompeo, who is replacing ousted Secretary of State Rex Tillerson. She joined the CIA in 1985 and has been deputy director of the agency since February 2017.
Between 2003 and 2005, Haspel oversaw a secret CIA prison in Thailand where terror suspects Abu Zubayadah and Abd al Rahim al-Nashiri were waterboarded, current and former U.S. intelligence officials said. Waterboarding is a process that simulates drowning and is widely considered to be a form of torture. Haspel also helped carry out an order to destroy waterboarding videos, which prompted a lengthy Justice Department investigation that ended without charges.
Trump has said that he would reintroduce waterboarding and “a lot worse,” but there’s no indication that his decision to pick Haspel signals a desire to restart the harsh interrogation and detention program. He would face steep legal and legislative hurdles if he tried.
Sen. John McCain, R-Ariz., said Haspel must explain the nature and extent of her involvement in the CIA’s interrogation program. “Current U.S. law is clear in banning enhanced interrogation techniques,” said McCain, who was beaten as a prisoner during the Vietnam War. “Any nominee for director of the CIA must pledge without reservation to uphold this prohibition.”
Former CIA Director John Brennan declined to say what Haspel’s exact role was in the interrogation program, but he told NBC that she has a “lot of integrity” and has tried to carry out her agency duties “when asked to do difficult things in challenging times.”
Brennan predicted she would be confirmed. “Gina is a very competent professional who I think deserves the chance to take the seat,” he said. Senator Richard Burr, R-N.C., the chairman of the Senate intelligence committee, which will vote whether to confirm Haspel, said she has the “right skill set, experience and judgment” to lead the CIA.
Human rights advocates said they opposed Haspel’s promotion to the helm of the CIA. “No one who had a hand in torturing individuals deserves to ever hold public office again, let alone lead an agency,” Human Rights First’s Raha Wala said Tuesday. “To allow someone who had a direct hand in this illegal, immoral and counterproductive program is to willingly forget our nation’s dark history with torture.”
After Haspel was named deputy CIA director, the European Center for Constitutional and Human Rights asked German prosecutors to issue a warrant for her arrest over her role in the interrogations. Federal prosecutors never issued the warrant because the case lacked a connection to Germany. But the rights group’s allegations against Haspel remain part of a preliminary investigation that German authorities could revive if they receive evidence that any of the parties have links to Germany.
Last year, Haspel’s name came up during a civil lawsuit in Spokane, Washington, filed by three men who said they suffered waterboarding, beatings and sleep deprivation in the CIA interrogation program developed by former Spokane psychologists James E. Mitchell and Bruce Jessen.
Lawyers for the psychologists wanted to interview Haspel and another CIA official involved in the program, but government lawyers told the federal judge in the case that the officials and documents were protected under the state secrets privilege and making them public would threaten national security.
Haspel has been chief of station at CIA outposts abroad. In Washington, she has held several senior leadership positions, including deputy director of the National Clandestine Service.
In her current post, she worked with Pompeo to manage intelligence collection, analysis, covert action, counterintelligence and cooperation with the CIA’s foreign counterparts. In a brief statement, the former undercover officer said she was “humbled” by Trump’s confidence in her to lead the agency.
For all the latest World News, download Indian Express App
Publicado por salud equitativa en 5:22