Dear prime minister, we must enact | The Indian Express

Dear prime minister, we must enact | The Indian Express

Dear prime minister, we must enact

To live up to constitutional values, commitments made in international fora, India needs standalone legislation against custodial torture. 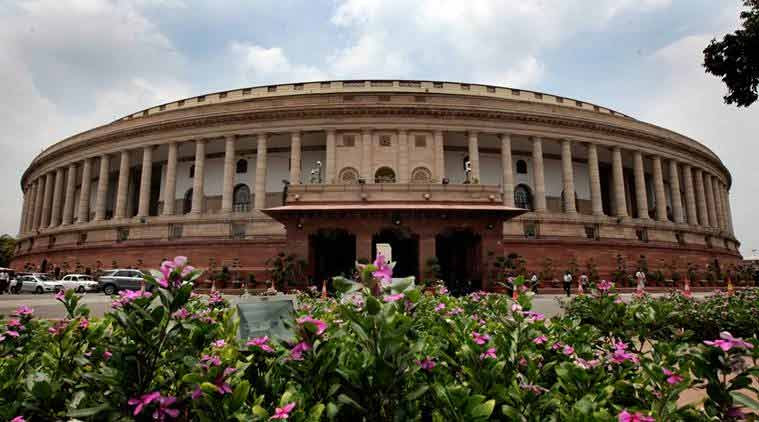 The select committee comprising 13 Members of Parliament representing different political parties had extensively deliberated on the legal framework for an anti-torture legislation.
I am writing to draw your kind attention to the urgent need for a comprehensive and purposive standalone legislation against custodial torture in furtherance of the constitutional mandate to advance human dignity. The subject has engaged national attention over the last several decades and while we are proud of our proclaimed commitment to human rights and the rule of law, we have been unable to enact an effective law against custodial torture. This is so despite the unambiguous recommendation in 2010 of a select committee of the Rajya Sabha, which I had the privilege to chair, the recommendation of the Human Rights Commission and of the Law Commission recently reiterated in its 273rd Report of October 2017.
The select committee comprising 13 Members of Parliament representing different political parties had extensively deliberated on the legal framework for an anti-torture legislation. As part of the deliberative process, views of the concerned departments of the Union government, various state governments, jurists, NGOs and experts were obtained. Eighty representations and memoranda were considered and existing anti-torture laws in some countries were also studied. After in-depth deliberations and extensive hearings, the committee proposed a comprehensive ‘The Prevention of Torture Bill 2010’, which was considered compliant with the provisions of the United Nations Convention Against Torture.
The October 2017 recommendation of the Law Commission came upon a reference made to it by the government pursuant to a public interest petition filed by me in 2016. At the last hearing held on November 22, 2017, the Supreme Court, acting on the assurance of the learned Attorney General, that the government was seriously considering the October 2017 report of the Law Commission in favour of a standalone law against custodial torture, disposed of the petition. The ball is now in the government’s court.
As a citizen and former parliamentarian committed to the advancement of human dignity in all its manifestations, I request you earnestly to approve the proposal of the select committee, National Human Rights Commission (NHRC) and the Law Commission so that at least in the 69th year of the Republic, the Indian state can enact a law against custodial torture and demonstrate a purposive resolve to ensure that our citizens are not denuded of their dignity through torture while in custody. Instances of custodial torture, reported almost on a daily basis, clearly demonstrate that pervasive acts of torture of helpless individuals in custody continue unabated. Some of these instances are heart-rending and must shock the conscience of every citizen. The Supreme Court has declared that torture is a naked violation of human dignity infracting Article 21 of the Constitution and that “… whenever human dignity is wounded, civilisation takes a step backward — the flag of humanity must on each occasion fly half mast…”. Even so, acts of custodial torture mock the constitutional promise of human dignity while individuals languish in custody endlessly.
It is pertinent to mention that the government has repeatedly declared its resolve in international fora to enact suitable domestic legislation to facilitate the ratification of the UN Convention Against Torture (UNCAT). Although India signed the Convention as early as 1997, we have been unable to ratify it in the absence of a suitable domestic legislation meeting the minimal standards of UNCAT. Meetings of the UN’s Universal Periodic Review (UPRs) over the past several years demonstrate that we have been unable to deliver on our pledges to the international community for over 20 years now. I understand that India is amongst a handful of countries which have not ratified the Convention as against 161 nations who have. Other countries that have signed but not ratified the Convention, like India, are Angola, Bahamas, Brunei, Comoros, Gambia, Haiti, Palau and Sudan. This speaks for itself.
You will agree with me that India’s failure to ratify the UNCAT enables the international community to question our commitment to the protection and promotion of human rights and the rule of law. Inaction on this score diminishes our soft power and denies us the moral authority when voicing humanitarian concerns in the international fora. Proclaimed offenders accused of serious crimes against the Indian state such as Kim Davy, Abu Salem and Jagtar Singh Johal have sought to evade India’s investigative and trial processes alleging the imminent possibility of torture in custody. Jurists and scholars have consistently pleaded in favour of a law that ensures against custodial torture.
Considering that human dignity is a core constitutional value embedded in our civilisational ethos, its sacrosanctity repeatedly asserted by the Supreme Court, the National Human Rights Commission, the Law Commission of India as also the select committee of Parliament, may I request you to kindly mandate a suitable legislation against custodial torture, if possible during the current budget session of Parliament. The people of India have a legitimate expectation to have their constitutional rights protected by a democratically-elected government and their representatives in Parliament. Indeed, the right to dignity stands at the pinnacle of the hierarchy of human rights — the only political-moral idea that has received universal acceptance in the age of rights.
“ Aatma Samman” and “Sabka Samman” are the non-negotiable fundamentals of our dignitarian Constitution. The case for a standalone anti-torture legislation is indeed compelling in the premises aforesaid.
The writer is senior advocate, Supreme Court and former Union minister for law and justice
For all the latest Opinion News, download Indian Express App
More From Dr Ashwani Kumar