This is the first time a state-owned Chinese defense firm has openly identified nuclear-powered aircraft carriers on its agenda, the tabloid affiliated to the People's Daily, the mouthpiece of the ruling Communist Party of China, said. 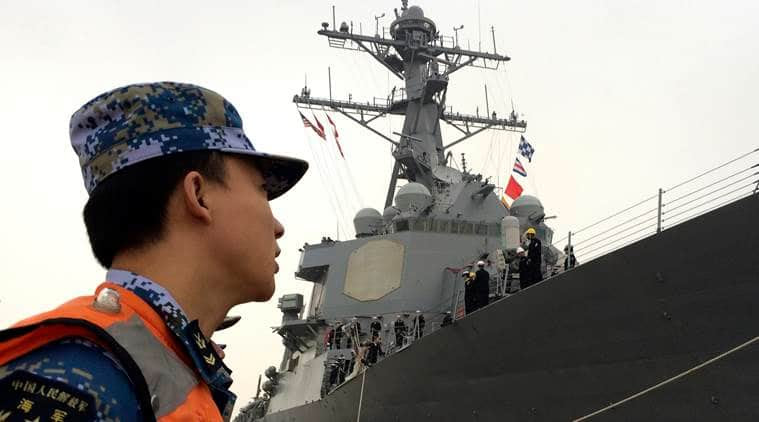 China plans to have its first nuclear-powered aircraft carrier as part of the PLA Navy’s transformation as a major blue-water force, state media reported, amid growing Chinese assertiveness in the strategic Indo-Pacific region. China commissioned its first-ever aircraft carrier, Liaoning, a refurbished Soviet ship it bought from Ukraine, in 2012. Its second carrier and the first domestically built carrier, known as Type 001A, was launched in April last year.
A third aircraft carrier, Type 002, is said to be under construction at the Shanghai Jiangnan Shipyard Group, although it has yet to be officially confirmed by authorities. China’s future aircraft carrier may be nuclear-powered as a state-owned defense company has identified research in this field on its agenda, the Global Times said.
The China Shipbuilding Industry Corporation (CSIC) said in a statement on Tuesday that it plans to speed up the process of making technological breakthroughs in nuclear-powered aircraft carriers, new-type nuclear submarines, quiet submarines and naval warfare comprehensive electronic information systems.
This is the first time a state-owned Chinese defense firm has openly identified nuclear-powered aircraft carriers on its agenda, the tabloid affiliated to the People’s Daily, the mouthpiece of the ruling Communist Party of China, said. Hong Kong’s South China Morning Post also reported that the first nuclear-powered aircraft carrier could be operationalised by 2025 to bolster its maritime defence capabilities.
Military experts said China may have achieved initial progress in its research of nuclear-powered aircraft carriers and that it may not be too long before the authority confirms the news, the Global Times report said. “I think we can say that China has made major breakthroughs in the implementation of nuclear power on large vessels,” Li Jie, a Beijing-based naval expert was quoted as saying.
Hu Wenming, chairman of the board of CSIC, had said last year that China is capable of designing and building any type of aircraft carrier. “Hu’s speech indicates that China can build aircraft carriers powered by either diesel, gas or nuclear power. The country has mastered all the fundamental core technologies, including ski-jump and catapult-assisted launch technologies,” Li said.
“In the future, China’s national interests will continue to expand overseas. Without a fleet of large nuclear-powered vessels, the Chinese navy cannot sail for a long time to faraway waters,” Li said. The US military is periodically sending warships and air force jets to assert freedom of flights and navigation over the strategic South China Sea as China claims most of it. Vietnam, the Philippines, Malaysia, Brunei and Taiwan
have counterclaims over the area.
China also has maritime territorial dispute with Japan in the East China Sea.

For all the latest World News, download Indian Express App