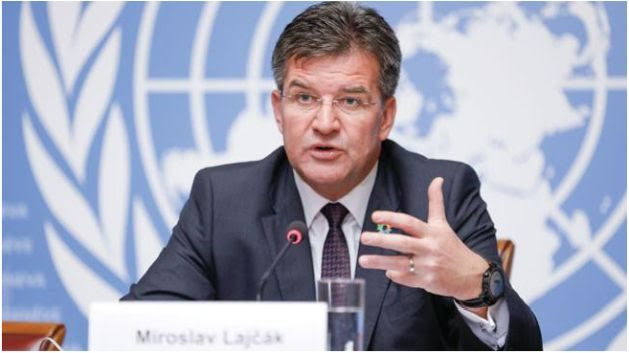 The President of the General Assembly of the United Nations, Miroslav Lajčák, briefed the press on his priorities for the Assembly's seventy-second session, on 10 October 2017 at the United Nations Office at Geneva. ©UNIS/GENEVA
UNITED NATIONS, Mar 20 2018 (IPS) - At the start of the seventy-second session of the General Assembly of the United Nations I emphasized our common goal: peace and a decent life for all people on a sustainable planet. Many leaders echoed this overarching priority at the general debate and beyond.
One very important element of this is universal access to water and sanitation. At a most basic level, human beings cannot survive without water. Equally important is sanitation, a lack of which negatively affects our quality of life and claims the lives of millions each year.
One thing is clear: we all share a common goal of achieving universal access to water and sanitation. We have come a long way towards achieving this goal but we have much further to go.
The statistics on water and sanitation are alarming. In 2015, 844 million people still lacked access to safe drinking water. More than 2.3 billion people still did not have basic sanitation services and 892 million people practised open defecation.
Water runs through every single United Nations priority. Lack of access to water and sanitation can undo progress made in the areas of development, human dignity, and peace and security.