Print | Send by email
This article is the first of a series of stories and op-eds launched by IPS on the occasion of this year’s International Women’s Day on March 8.


Dr. Akinwumi A. Adesina is President of the African Development Bank 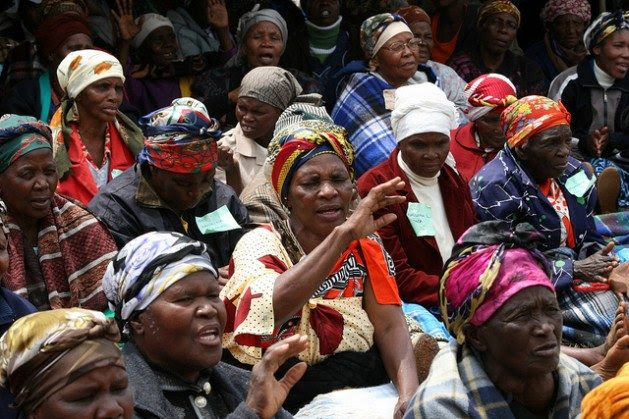 Women are the backbone of Africa’s economies. Credit: Mantoe Phakathi/IPS
ABIDJAN, Côte d'Ivoire, Mar 1 2018 (IPS) - International Women’s Day is a call to celebrate the extraordinary achievements of women and a reminder that globally, we are a long way from achieving gender equality. 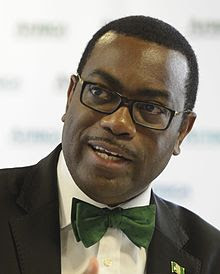 
This state of affairs cannot and should not continue. For reasons of human rights, justice and equity, as well as financial common sense, the African Development Bank advocates for policies that encourage women to work, set up businesses and participate in market development as consumers, producers and entrepreneurs. Significant economic potential is wasted when women are deprived of such opportunities.
We recently commissioned market research to identify the wasted potential in the women’s market. The findings were astonishing, showing an estimated $42 billion gap between men’s and women’s access to finance across business value chains. The financing gap for women in agriculture alone is $15.6 billion!
If women farmers have the same access to productive resources as men, they could increase yields on their farms by 20-30%, lifting 100-150 million people out of hunger. Closing the gender gap could also help increase food security and improve livelihoods for Africa’s growing population.
Gender equality is a key component of our High 5 strategy, a critical area of focus for the Bank’s operations and policies, and a prerequisite for achieving the Bank’s development objectives. As part of our organizational culture and structure, we are mainstreaming gender in all our operations. We also continue to support reforms for gender equality in member countries across Africa. Significantly, a Gender Marker system is being introduced and gender specialists have been deployed in the Bank’s operating regions.
The African Development Bank is also scaling up the production of country gender profiles, as well as developing an online gender portal to obtain, report and share data on gender indicators. The Bank will also launch the first Africa Gender Index in 2018; the first Africa Gender Scorecard; and host the 2018 Multilateral Development Bank Gender summit.

Our Bank’s investments are focused on supporting women and helping to lift them out of poverty. We have developed the Affirmative Finance Action for Women in Africa (AFAWA), which aims to raise $300 million in phase I of the program, and leverage up to $3 billion for financial and nonfinancial services to women in business by 2025. The African Development Bank will also publish AFAWA bank ratings based on the quality of lending to women, and to incentivize good lending practices.
There is a long way to go and still much to do, and change must be a collaborative process that cuts across every sphere of society. Each of these strategic measures will help create parity with men and lift millions of women out of poverty and into wealth.
Ultimately, when women are supported, they deliver. When women win, Africa wins. And that is something to work for and celebrate, not just once a year, but every single day.