MADE IN EL SALVADOR ▼ A day without a woman protest: “There’s exploitation behind every piece of clothing made in El Salvador” | In English | EL PAÍS

A day without a woman protest: “There’s exploitation behind every piece of clothing made in El Salvador” | In English | EL PAÍS 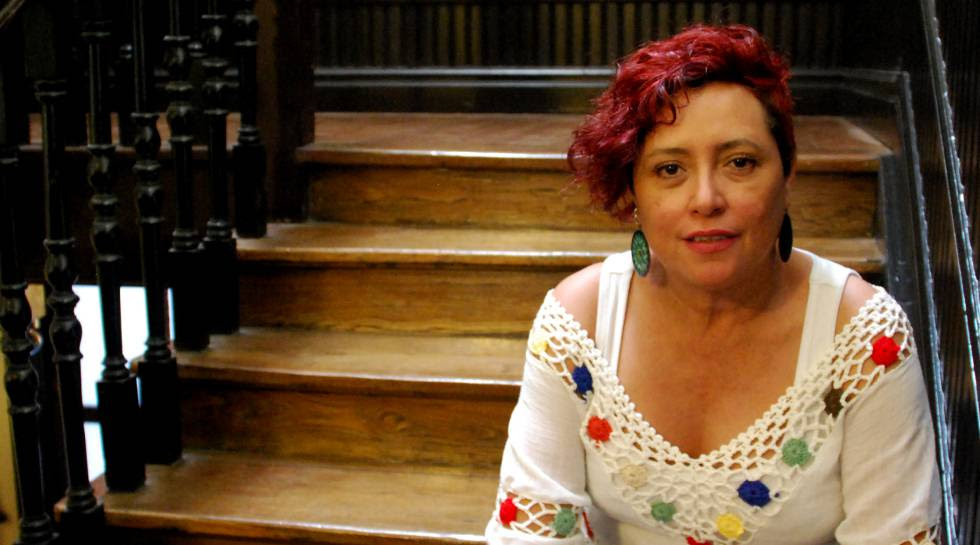 Montserrat Arévalo, from Mujeres Transformando (El Salvador), during her recent visit to Bilbao. I. M.

El Salvador has more than 200 textile factories located in 17 free zones, and which employ more than 70,000 people. Out of all the workers, 80% are women. Montserrat Arévalo, who heads the association Mujeres Transformando (Women Transforming), has spent nearly two decades denouncing inhumane working conditions, training union leaders, building ties with international organizations and documenting pressure campaigns against brands “that sell a lifestyle that respects the environment, yet exploit their own workers.” Arévalo is in Spain to develop new awareness campaigns about responsible consumption in Europe, in partnership with a group called Paz con Dignidad (Peace with Dignity). “Behind every article of clothing made in El Salvador, there is a story of exploitation,” she claims.
Question: What does the average woman who works in El Salvador’s textile industry look like?
Answer: At the factories, you have women aged 18 through 35. The extenuating workdays of over 16 hours and the high production targets mean that after the age of 35, these workers are no longer profitable for the industry. So most of them are young, uneducated women and homemakers. Their low education level and precarious situation forces them to work in this sector, as there are no formal job alternatives in the country. Behind every article of clothing, there is a story of exploitation in my country. We need to tell this story in Europe, in order to encourage greater awareness and more responsible consumption that will help change these inhumane production conditions.
Does the vulnerability of these women play against them?

After the age of 35, these workers are no longer profitable for the industry

It is no coincidence that the factories are in El Salvador, nor that it is mostly women who work in this sector. There is a perverse breeding ground there: the state is very weak and very permissive when it comes to violations of its people’s rights. It is the state itself that encourages the creation of these companies through economic incentives such as tax exemptions, and that is why they easily look the other way while rights are systematically violated. This complicity between businesses and the state is very difficult for these women to break.
Without your presence, would these women be completely alone?
We should give things some thought, in order to end state-sponsored competitiveness programs based on precarious jobs for the population. We are now in a favorable period, with a leftist government in power, but we are just now emerging from a culture of complete lack of respect for people, with companies setting up and operating any way they like. We urgently need to implement strong changes to our legislation. The way things stand today, there is a complete culture of zero respect for people’s rights. These factories bring companies millions in revenue, while women work 12 hours to make 1,500 items a day, yet it does not lift them out of poverty.
What are your main goals in this process?

The factories bring companies millions in revenue, while women are not lifted out of poverty

Our main goal has always been to organize workers. After 14 years, we have 16 organized workers’ committees in the country. We want them to be increasingly strong, to know their rights and to be able to demand respect for them. We work with them through training and empowerment, and conduct campaigns with a political impact through research and documentation. We have taken reforms to Congress, and now we are contributing new proposals to reform national labor policies.
At the same time, you are behind international awareness campaigns.
A very important initiative, and one that has a lot of political value, is documenting the track record of transnational brands in our country. Through organized workers, we find out what is happening inside the free zones where women work surrounded by walls, barbed wire, security guards and rifles. We have managed to get women to document which brands are being produced in places where rights are being trampled. The same brands that carefully tend to their public image are inhumanely exploiting their own workers. And documenting this reality means attacking their weakest flank, the brand image. International pressure is more effective than national justice. In modern-day El Salvador, being a poor woman means that justice will be neither swift nor well served.
What brands have you documented in breach of workers’ rights?

There are Puma, Adidas, Old Navy, GAP, Reebok, Columbia, The North Face, Patagonia, Tommy Hilfiger and Lacoste, besides much of the equipment made for the American NFL. In 2011 we complained about the inhumane production conditions to make NFL shirts on the same day of the Super Bowl, and in just a few hours over 1,500 people had written to one of the teams to demand changes.
What were those inhumane conditions?
We collected evidence that the drinking water for the workers was contaminated with up to four different types of bacteria, including fecal coliform bacteria; we showed that they were working in rooms with no ventilation or emergency exits, at average temperatures of 36ºC. We also gathered evidence that their contracts forced them to work extra hours, accept wage discounts, and meet abusive production targets of 1,500 shirts a day. They were being paid eight cents of a dollar for every shirt, which sells at retail prices of $25. We showed how all this was happening with the shirts being produced for the Dallas Cowboys, and also with shirts made for Puma, Adidas... This forced them to sit down with us and make improvements to the water, the ventilation, the contracts...And middle management was trained to treat workers humanely, without using physical force. This was the only conflict that was resolved without any loss of jobs, thanks to pressure and international interest and the work carried out by employees.
What is it like to be a human rights activist in a country with 14 homicides a day and an impunity rate of 85%?
For my female colleagues, it means persecution and layoffs. For those of us who defend human rights, it means periodical death threats and constantly watching out for our own safety and mental health. The country’s backdrop of violencemeans that the powers that we are fighting hide behind the gangs. All the threats are signed as though they came from gangs, but we know it comes from them. But we cannot stop, the fight must continue. If we stop, change will never happen.
You need Europe to join the fight through more demanding, responsible consumer habits...
Responsible consumption is the key to change, and international pressure is our own life insurance: the more international attention we attract, the fewer threats we will receive. Everyone should find out what conditions their clothes have been manufactured in, and demand detailed information. That way, brands will not only care about their environmental image, they will truly respect the lives of the people who make their clothes.
English version by Susana Urra. 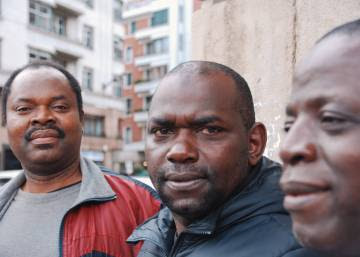 Meet the African men standing up against female genital mutilation 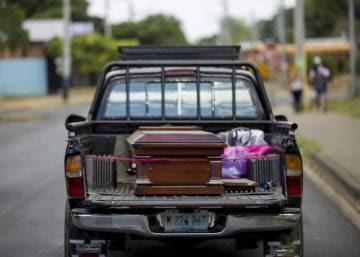 Nicaragua exorcism: “God told us to make a fire to expel the devil from her” 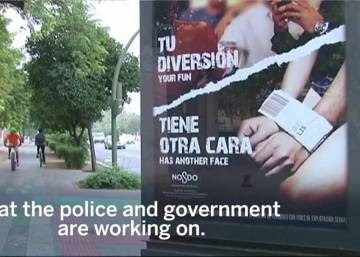 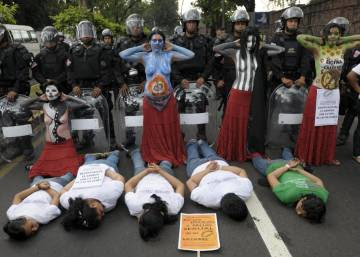