MANUEL V. GÓMEZ
Madrid 28 MAR 2017 - 05:49 ART
The fiscal gap in Spain’s pensions system keeps growing every year. Job creation has been growing at a rate of 3% over the past two years, and consequently so have Social Security affiliations. But this increase in revenue for the system still does not match spending. 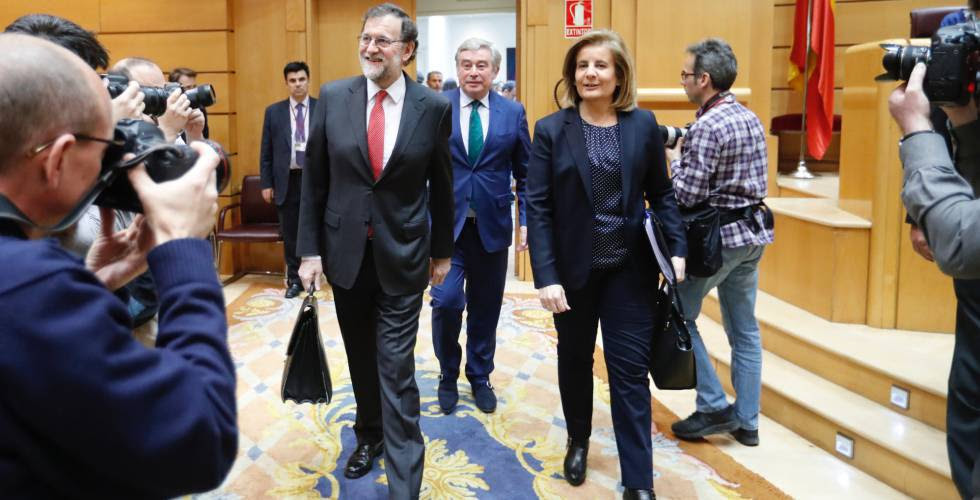 
This explains why, in 2016, Social Security ran a deficit that broke its own record, which had been set only a year earlier. This deficit (which covers pensions, not unemployment benefits) was at least €18.6 billion, according to provisional Labor Ministry figures.
Considering that average affiliation last year was 17.6 million, this means that every affiliated worker has a deficit share of over €1,000.
The government insists that the solution to the Social Security deficit is to regain all the jobs that were lost during the long economic crisis
Ever since the Spanish pensions system slipped into the red in 2011, its fiscal gap has kept on growing. Reforms were passed in a bid to contain the rise in spending, but these have not yet developed their full cost-cutting potential.
And the increase in affiliations through job creation is not growing at a fast enough pace to reduce this gap, according to the figures that the ministry handed over to the unions and employer associations. Additionally, many of the new jobs are low-paying and often temporary, meaning that their contributions to the system are small.
Labor Minister Fátima Báñez had already warned Congress that this deficit would be something like 1.7% of GDP. This number coincides with the recent ministry figures, which show a Social Security deficit of between €18.6 and €18.8 billion, a two billion rise from the previous year. The final figure will be released later this week, before the 2017 budget plan is officially presented on Friday.
Many of the new jobs are low-paying and often temporary, meaning that their contributions to the system are small
Contributions to Social Security, which are closely tied to jobs, represent over 80% of the system’s entire budget and are its main source of funding. These contributions grew 3.15% last year on the back of a better job market, yet the revenues are still falling short of the system’s pension payments, which grew at a rate of 5.87%.

So far this year, Social Security revenues have been growing even faster than last year, at a pace of around 6% according to Báñez’s own account. But this percentage is an internal number provided by the agency itself, and not necessarily the final official figure.
For several months now, a parliamentary committee has been hearing experts lay out various proposals for closing the fiscal gap in the system. The government has simultaneously opened talks with the CC OO and UGT unions, and with the employer associations CEOE and Cepyme. But negotiations are progressing slowly, and there is no sign of a quick deal on the horizon. On Monday, a UGT spokeswoman, Maricarmen Barrera, described the situation as being “on stand-by.”
The government keeps reiterating that the solution to the Social Security deficit is to regain all the jobs that were lost during the long economic crisis. But an analysis of the figures suggests that something more is required to bump up the system’s resources. One of the options on the table is raising the monthly contribution rates. Another is funneling more funds from the national budget.
One of the reasons for the system’s rising expenditures is the fact that new pensions being paid out now to recent retirees are 38.3% higher that the retirement benefits of older people who are passing away. This is because new retirees tend to have longer and better-paid careers than older pensioners, which means their lifetime contributions to Social Security were higher.
English version by Susana Urra. 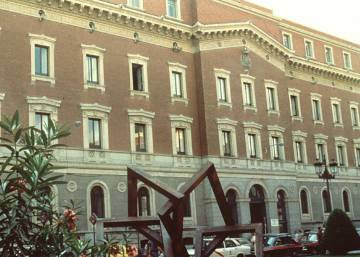 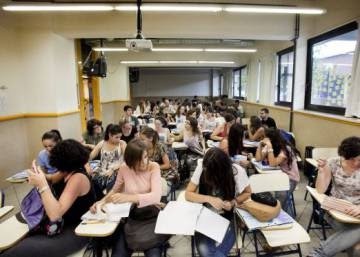 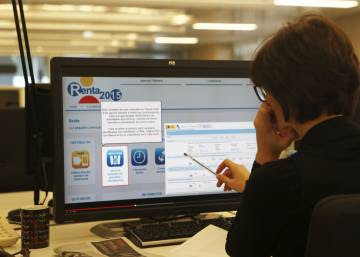 Why does Spain collect less income tax than its EU neighbors? 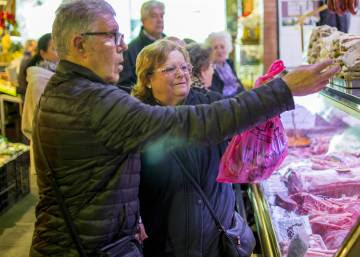