Europe needs to return to its Christian roots, says Francis in a blistering address 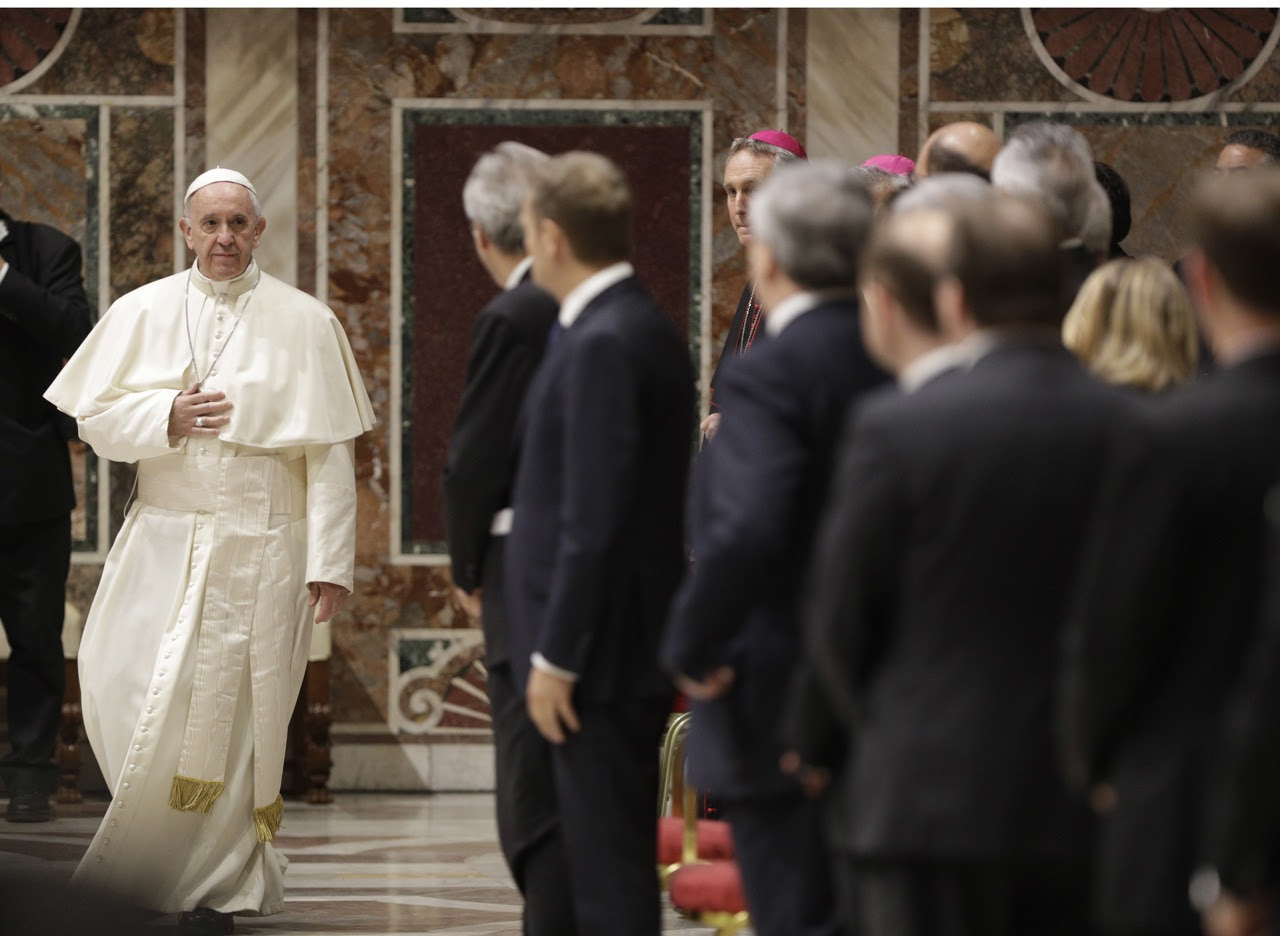 In a 1992 speech the president of the European Commission, Jacques Delors, made a gloomy prediction: “If in the next ten years we haven’t managed to give a soul to Europe, to give it spirituality and meaning, the game will be up.”
Well, 25 years have passed and the game is still not up for the European Union. But in another 10 years, in the wake of Brexit, the shaky Euro, the challenge of Muslim immigration and the rise of populist politics, who knows?
To some extent the answer depends on whether the EU remains faithful to its original mission, which was both economic and civilisational.
Over the weekend, on March 25, the EU celebrated its 60th birthday, the anniversary of the signing of the Treaties of Rome. Dozens of heads of government (not UK PM Theresa May, who had a prior engagement) gathered to commemorate the two foundational treaties.
On the streets of Rome right-wing demonstrators gathered with banners proclaiming “F*** EU”. “We are against the current concept of a Europe of bankers, against a Europe ruled by finance,” one of them told the media. “We are against this kind of Europe.”
It was a message that Pope Francis delivered as well, in more emollient, but even more challenging, words in a brilliant speech to 27 heads of government.
The Pope began by reminding the European leaders that they needed to understand their past if they wanted to find a safe path to the future. The very fact that the treaties were signed in Rome, the cultural centre of the Christian world and the capital of an empire whose legal and administrative systems shaped Europe, and on the feast of the Annunciation, the day when Christ was conceived, underscores the Christian origin of the project. As Alcide de Gasperi, one of the fathers of the EU, said in 1954, “Christianity is at the root of our European civilisation”.

The founding fathers remind us that Europe is not a conglomeration of rules to obey, or a manual of protocols and procedures to follow [said Pope Francis]. It is a way of life, a way of understanding man based on his transcendent and inalienable dignity, as something more than simply a sum of rights to defend or claims to advance. At the origin of the idea of Europe, we find “the nature and the responsibility of the human person, with his ferment of evangelical fraternity…, with his desire for truth and justice, honed by a thousand-year-old experience” *.

Pope Francis emphasised that without Christianity, “the Western values of dignity, freedom and justice would prove largely incomprehensible”.
The centre of his analysis is that Europe is in danger of losing the noble hopes which animated the politicians who founded the EU. He observed that a sense of crisis, not opportunity, overshadows Europe, because it has lost its sense of direction.
To recover its bearings, it has to return to the pillars on which the EU was built: “the centrality of man, effective solidarity, openness to the world, the pursuit of peace and development, [and] openness to the future.” The Pope laid particular stress on openness to life in a none-too-subtle criticism of abortion, euthanasia and anti-family policies:

Europe finds new hope when she is open to the future. When she is open to young people, offering them serious prospects for education and real possibilities for entering the work force. When she invests in the family, which is the first and fundamental cell of society. When she respects the consciences and the ideals of her citizens. When she makes it possible to have children without the fear of being unable to support them. When she defends life in all its sacredness.

As for the rise of populist politicians, the Pope slammed them as “the fruit of an egotism that hems people in and prevents them from overcoming and ‘looking beyond’ their own narrow vision”. He argued that fear of immigration is fundamentally due to the breakdown of a Christian spirit:

The fearfulness that is becoming more and more evident has its root cause in the loss of ideals. Without an approach inspired by those ideals, we end up dominated by the fear that others will wrench us from our usual habits, deprive us of familiar comforts, and somehow call into question a lifestyle that all too often consists of material prosperity alone. Yet the richness of Europe has always been her spiritual openness and her capacity to raise basic questions about the meaning of life. Openness to the sense of the eternal has also gone hand in hand, albeit not without tensions and errors, with a positive openness to this world.

And against advocates of radically secularising European institutions, he insisted that the best defence against extremism is recovering their Christian heritage:

Europe has a patrimony of ideals and spiritual values unique in the world, one that deserves to be proposed once more with passion and renewed vigour, for it is the best antidote against the vacuum of values of our time, which provides a fertile terrain for every form of extremism.

Back in 2014 the Pope delivered much the same message to the European Parliament, describing Europe as a grandmother, “no longer fertile and vibrant”, but “elderly and haggard”. Shortly thereafter an angry Angela Merkel, the German Chancellor, rang him, demanding to know whether he really believed that Europe was barren. The Pope politely responded that Europe could have a wonderful future ... if.... But three years later, little has changed, apart from the number of crises. Perhaps it’s time to take the Pope’s diagnosis seriously.
* The Pope was quoting de Gasperi’s speech of 21 April 1954.
Michael Cook is editor of MercatorNet.
- See more at: https://www.mercatornet.com/above/view/eu-risks-dying-if-it-loses-direction-says-pope/19560#sthash.nLujMmUf.dpuf


We’d like to welcome Helena Adeloju as the new editor of our Family Edge blog. Helena is a Melbourne-based journalist who has also worked in newspaper and television newsrooms in Sydney and Hobart. She will be covering issues affecting the family and encouraging other writers to contribute.
Tamara El-Rahi, the emerita editor of Family Edge, will continue to write for MercatorNet, but she is planning to spend more time with her young family.
In her first article as editor, Helena takes a look at marketing for children. Far too often companies are taking the place of pulpits and op-eds as the arbiters of morality.
But as she points out, “if you don’t talk to your children and help them to decode and defuse the messaging companies are now selling alongside their products, the advertisers most definitely will ... Parents are the only marketing department with their child’s best interest at heart.”