MercatorNet: Who will breathe life back into Europe’s dying villages?

MercatorNet: Who will breathe life back into Europe’s dying villages?

Who will breathe life back into Europe’s dying villages?

In Italy, you can buy an abandoned home for one Euro, in one of its 6,000 abandoned villages.

Poggioreale, a small town in the Belice valley, in Sicily
Europe’s countryside is dotted with quaint, postcard-perfect small towns and villages. These are steeped in history – their strong stone buildings and breathtaking squares capture the essence and culture of the continent. Some of them have been inhabited for hundreds of years – but today, the future for many of them is bleak.
There has been a flight of populations from the countryside to urban centres during the past century. The twin attractions of big cities – mass industrialisation and easy access to jobs – have taken their toll on rural existence. Many architectural gems in these country towns and villages – and the lifestyles that they represnted – are being forgotten and cast aside, as time and technology speed past them toward a new, urban future.
Worse lies ahead: in coming decades, rural depopulation is set to accelerate. In 2014, the United Nations noted that 54% of the world’s population was already residing in urban areas – up from 30% in 1950. This proportion is expected to increase to 66% by 2050.
What began as a post-war migration to richer urban areas – as well as international cities, which offered more attractive job prospects – has turned into a chronic problem, which now appears impossible to stop. As younger generations continue to move toward urban centres, the remaining elderly populations of Europe’s semi-abandoned villages and hamlets will pass away, taking a large portion of the region’s history, tradition and lifestyle with them.
The more that village populations shrink, the more birthrates plummet and economies slow down; the more schools are closed down; the more doctors are centralised into larger towns – and the more post offices and public services are relocated to urban centres. Community or public transport is vital for commuting to work or accessing higher level services or education – all too often, this final lifeline also succumbs.
The process creates a vicious downward spiral of further abandonment, which becomes increasingly difficult to combat. Areas characterised by spectacular medieval fortresses, beautiful abbeys and frescoed churches grow increasingly desolate, until eventually they are abandoned. As a result, the countrysides of Portugal, Spain and Italy are punctuated by the empty shells of once-thriving towns.
Untapped potential
In an interview, architect Isabelle Beaumont, the director and founder of Workplace Futures – an organisation that looks at the future of work and the built environment – highlighted the importance of these small villages:

Geographical differences have always brought irreplaceable creative variation to art and architecture; a source of inspiration for current and future generations. As cultures and society homogenise, retaining, and not just conserving, Europe’s diverse industrial and agricultural heritage becomes ever increasingly important.

A seven-year study carried out by the Italian Revenue Agency, estimated that Italy’s 1.26m unregistered, abandoned homes could generate €589m worth of tax revenue. But unless they appear on the land registry, they are not registered as real estate units – and as such they are not taxable.
The funds would come in handy for the Eurozone’s third-largest economy – Italy has undergone radical changes, after suffering its longest recession since World War II. Factories across the nation have closed at an unprecedented pace. Years of a strong euro have made Italian exports more expensive for other nations, which led to a decrease in demand and hurt the economy. And unemployment levels have reached record highs: youth unemployment rates hit 45.5% in Spain and 36.7% in Italy earlier this year.
In Spain and in Italy, as in other European nations, recent drastic measures have attempted to combat this slow agony of rural abandonment. In Spain – where it is estimated that there are some 2,900 abandoned villages – entire hamlets are being sold for as little as €45,000. 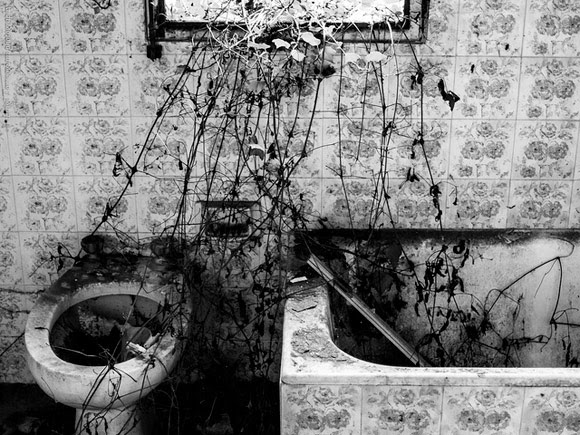 In Italy, some calculate that there are 6,000 ghost towns nationwide, as well as 15,000 villages which are down to 10% of their original population. There, residents and local authorities have resorted to some rather original plans of action.
In the southern Italian medieval village of Sellia, local mayor and paediatrician Davide Zicchinellapublished a decree forbidding locals from falling ill and dying. While Zicchinella has admitted that he cannot fight the laws of nature, he’s hoping that his action will prompt elderly residents to take up healthier lifestyles.
Meanwhile, the mayors of Sicilian towns Gangi and Salemi, together with Carreghi Ligure in northern Italy, have resorted to selling abandoned homes for €1 each, providing that buyers agree to rebuild them within a given period of time. Others, such as Civita Bagnoreggia, have started charging visitors tourist entrance fees. And the town of Fillettino even said it would seek to break free of the Italian federal tax system, in a bid to cut down costs.
The effects of these measures have so far been limited. But the originality and inventiveness of such leaders kindles some hope for the future of Europe’s rural towns.

At least 49 people at a gay night club in Orlando, Florida, have been massacred by a lone wolf shooter who had pledged his allegiance to ISIS immediately before. In an election year it's a tragedy which could have immense consequences. In this issue of the newsletter we present three very different views.
Zac Alstin points out that a focus on homophobia presents gays as different and marginalised, while a focus on Islamic terrorism normalises them. Which is it to be? The editor (me) suggests that the family background of the killer should be investigated. And Sheila Liaugminas calls for a tough response to terrorism.