MercatorNet: Is it ethical to pay ransoms?

MercatorNet: Is it ethical to pay ransoms?

Is it ethical to pay ransoms?

Two Canadian men have been beheaded after the government refused to pay ransoms to Filipino terrorists.

Earlier this week Prime Minister Justin Trudeau announced that a kidnapped Canadian man, Robert Hall, was beheaded after the government refused to pay a $16.6 million ransom to a Philippine Muslim extremist group. His fellow Canadian, John Ridsdel, was beheaded last month after a ransom the group demanded wasn't paid.
Last week, Prime Ministers Justin Trudeau and David Cameron were successful in urging the other G7 nations to join Canada and the United Kingdom in agreeing not to pay ransoms to rescue their nationals kidnapped by terrorists.
Is that the right decision?
This is a “world of competing sorrows”, a “no win” scenario of choosing between the harms we will avoid and those we will allow or inflict. Don’t pay the ransom and the kidnap victim is murdered. Pay it and terrorists will carry out more kidnappings and expand their evil activities with the funding provided. It’s a “tragic choice”.
When the risks and harms and benefits are all to the same person or group, the choice is easier. Simply ask, ``Do the benefits outweigh the risks and harms?`` When the harms are to one person or group and the benefits to another, as with ransoms, the choice is very difficult. Ransom decisions involve life and death, and challenge our belief that human life is priceless and must be protected no matter the cost.
So, what factors influence our decisions in such circumstances?
First, we should recognize we react more powerfully to some failures to uphold important values than to others. This doesn’t result from a difference in the seriousness of the failures or their consequences, but because of differences in the way they occur.
The more a decision constitutes an overt threat to societal values and the more important those values, such as respect for human life, the less likely it is to be seen as ethically acceptable. Likewise, the more obvious the harm caused by the failure, the more clearly identified the potential victim before the failure occurs, the more serious the harm and the higher its probability, the more clearly identified the decision-maker and the decision-making process, and the more directly the decision-maker can be seen to have inflicted the harm, the more likely the decision-maker is to be seen to have acted unethically and responsible for the harm caused.
The opposites of these factors make decisions seem less ethically concerning. Thus decision-making can be manipulated regarding its apparent ethical acceptability. Moreover, if the harms seems to occur through chance, not human choice, or we are not aware that certain harms result directly from a certain decision, we are much less likely to see it as unethical.
Sometimes people in authority intentionally use decision-making structures that make it difficult to identify a clear decision-maker or that inflict harm only indirectly or threaten values only latently. They may do so for reasons ranging from cost-saving to avoiding responsibility or liability, or for public and social policy reasons.
So let’s look at refusals to pay ransoms.
The failure to pay a ransom to prevent the murder of the victim can be seen as contravening the value of respect for human life. But refusing to pay a ransom in order to protect other human lives provides a different and competing perspective.
The kidnap victim is identified and we are in a position to save his life. But the governmental decision which means we will not do so has been taken at a public and social policy level, by a diffuse group of people who have decision making authority. Moreover, the decision applies to everyone, not just one person or group and to, as yet, unidentified future victims.
When we know there will be victims of our decision – for instance, we don’t build railway lines over roads to avoid level crossing accidents that claim many lives – but don’t know who the victims will be until it’s too late to save them, we tolerate the decision. In contrast, we spend millions on rescuing an adventurer in trouble in the Southern Ocean.  One reason is the difference in harm done to our value of respect for human life. Refusing to rescue an identified person because it costs too much puts a price on human life and says that above a certain amount it’s not worth it. The impact on this value of our decision about railway crossings is more remote and oblique. Deciding about paying the ransom for the kidnap victim is more like deciding about rescuing the sailor, than deciding about saving the railroad victims, but, unlike refusing to save the sailor, is taken to protect other human lives.
In deciding what to do about ransoms, we need to examine the ethics of our decision-making and actions at four levels: The micro or individual; the meso or institutional; the macro or societal; and the mega or global. What is and is not ethical can differ at different levels. So families paying or crowd-funding ransoms might be justified, where governments doing so would not be.
Deciding about paying ransoms is an example of the much broader category of situations in which we face the issue of the ethics of decision making that knowingly inflicts risks and harm.
Margaret A. Somerville is Samuel Gale Professor of Law and the Founding Director of the Centre for Medicine, Ethics and Law at McGill University in Montreal. 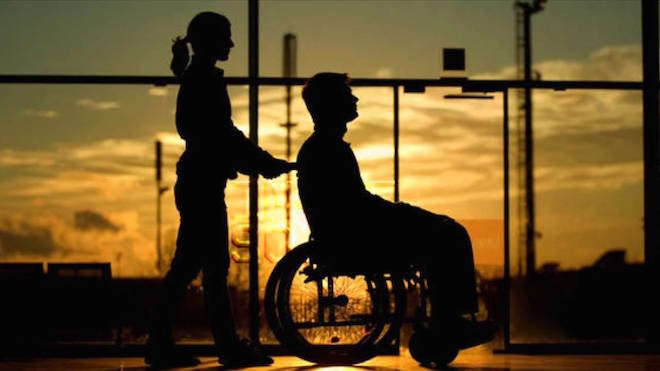