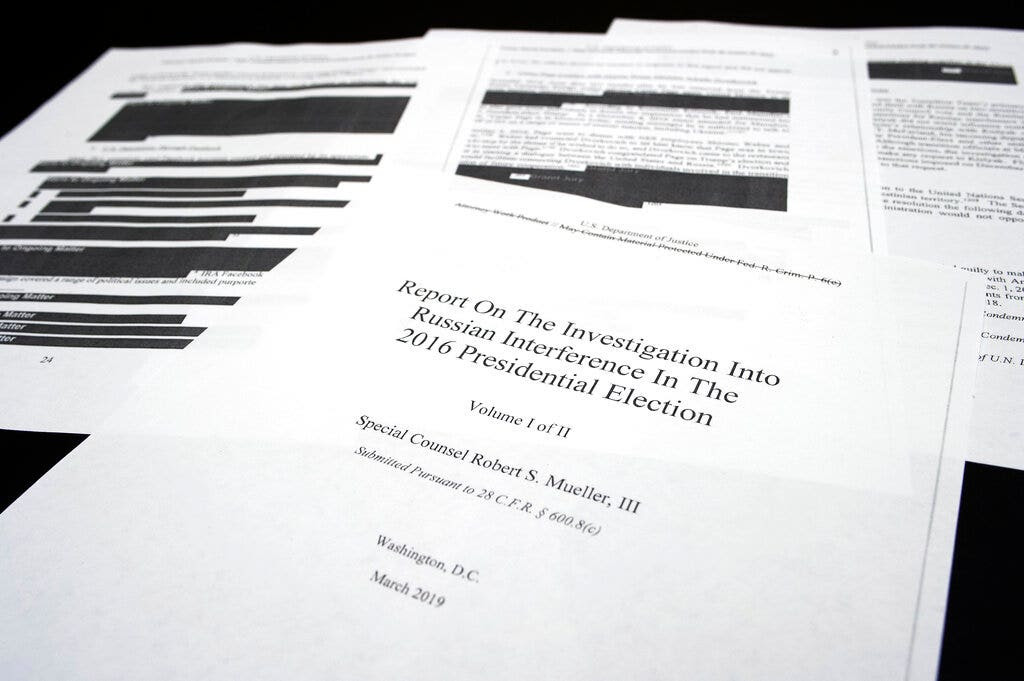 Developing now, Friday, April 19, 2019
MUELLER REPORT'S RELEASE MAY NOT BE THE END OF RUSSIA HYSTERIA: The public release of Special Counsel Robert Mueller's reporton Thursday marked the dramatic final note of a lengthy and contentious investigation, but also sparked new calls for subpoenas, congressional testimony, resignations, and even impeachment proceedings -- all despite the probe's central finding that no evidence showed that President Trump's team "coordinated or conspired" with Russia ... The whirlwind moments kept coming, even hours after the report's release, as more and more revelations from the 448-page document trickled out. The White House, for its part, claimed total victory and vindication for the president who, according to the report, once fretted that the special counsel's appointment meant he was "f---ed" beyond the possibility of redemption and that his agenda would be derailed by partisan distractions.
But Democrats and media outlets that long advanced the idea that the Trump campaign had treasonously worked with Russia -- and anticipated that the Trump administration would collapse -- quickly pivoted to whether the president had, instead, interfered with the now-completed investigation. Within minutes of the report's publication, House Judiciary Committee Jerry Nadler, D-N.Y., charged that the special counsel had provided "disturbing evidence that President Trump engaged in obstruction of justice" and, referencing the report's limited redactions, wondered: "Imagine what remains hidden from our view."
CLICK HERE TO GET THE FOX NEWS APP.
Nadler immediately called on Mueller himself to testify, and top Republicans, including Trump personal attorney Rudy Giuliani and Attorney General William Barr, said they would have no objections to him doing so. He also announced he would subpoena the full, unredacted version of the Mueller report and any underlying grand jury evidence, setting up a likely legal confrontation with the Justice Department.
Publicado por salud equitativa en 5:52