Is Republic of China Still a Permanent Member of the Security Council – Despite its Ouster in 1971? | Inter Press Service

Is Republic of China Still a Permanent Member of the Security Council – Despite its Ouster in 1971? | Inter Press Service

Is Republic of China Still a Permanent Member of the Security Council – Despite its Ouster in 1971? 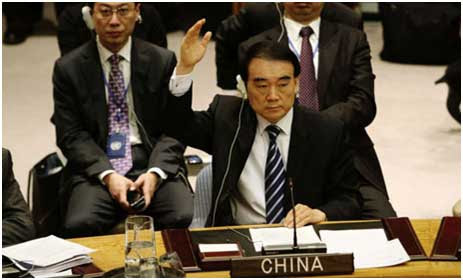 UNITED NATIONS, Apr 5 2019 (IPS) - The Republic of China (Taiwan) withdrew from the United Nations in protest when it was ousted from its highly-prized permanent seat in the UN Security Council (UNSC) about 48 years ago.
But according to the UN charter, it still remains one of the five permanent members of the most powerful body in the Organisation—perhaps much to the delight of the Taiwanese.
The resolution that was adopted by the UN General Assembly (UNGA) back in October 1971 declared the People’s Republic of China (PRC) as the legitimate representative of mainland China paving the way for the immediate takeover of the seat from Taiwan.
Although the Charter has been amended five times—described as a laborious process requiring a two-thirds majority in the 193-member General Assembly— there has been no serious attempts to rectify the UNSC anomaly.
And a second shortcoming in the UN charter is the listing of the Union of Soviet Socialist Republics (USSR) as a permanent member of the Security Council, when it ceased to exist back in 1991, with the Russian Federation assuming the rights and obligations as a successor state.
The five permanent members (P5s) of the UNSC are the US, France, China, UK and the Russian Federation. But the Charter, which looks like a relic of a bygone era, begs to differ.
The PRC, which is politically sensitive to the issue of Taiwan –which it considers a province of mainland China– has been openly critical of the use of the name “Taiwan” at UN gatherings.
At a meeting of the UN Committee on Non-Governmental Organizations (NGOs) last January, the Chinese delegate reprimanded several NGOs, including Human Rights Watch, International Press Institute, Open Society and Reporters Sans Frontiers International, for “not using the correct United Nations terminology for Taiwan” (namely, Republic of China) on their websites.
“If PRC is so sensitive about the issue of Taiwan, how come it has learnt to live with the erroneous listing of ROC as a permanent member of the UNSC for the last 48 years”?, asked one Western diplomat. 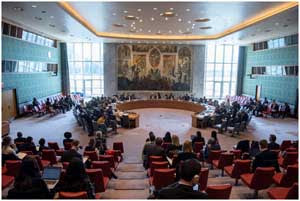 Credit: UN Photo/Eskinder Debebe
Ian Williams, a longstanding journalist who has covered the UN since the 1980s and is author of “UNtold: The Real Story of the United Nations in Peace and War,” sarcastically posed the question in Shakespearean terms: “What’s In a name?… that which we call ROC by any other name would smell as sweet”.