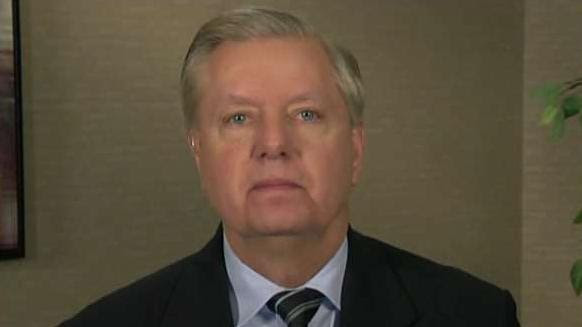 ICYMI: LINDSEY GRAHAM'S PLAN TO COMBAT THE MIGRATION CRISIS: Sen. Lindsey Graham said on Sunday that he is currently working on a drastic overhaul of the United States’ asylum laws in an effort to deal with the ongoing migration crisis at the country’s southern border with Mexico ... While Graham, R-S.C., agreed with President Trump’s call for more U.S. troops on the border and the need for a physical barrier, he argued on "Sunday Morning Futures" that the only way to make real progress in combating the flow of migrants over the southern border is to change laws regarding how and when the U.S. grants asylum. (Click on the video above to watch the interview.)
Meanwhile, White House Press Secretary Sarah Sanders confirmed to "Fox News Sunday" that President Trump's prospective plan to send illegal immigrants to sanctuary cities is undergoing a "complete and thorough review."
Publicado por salud equitativa en 5:38