Letters for life on Earth | Avaaz 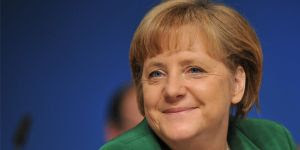 Millions of us have backed a vision for our future that biologists say could save us -- putting half the planet under protection. Now we need to reach key leaders to champion the idea! Let’s inspire them and touch their hearts with connected, moving messages calling them to back the half earth plan. Click to get started writing:

A major global study just found that every insect on the planet is on track to be wiped out, causing a collapse of life on Earth -- including us!

We know in our bones that our fate depends on our planet. We ARE nature. And to save it, we must be its voice!

Over 2 million of us have backed a beautiful vision from scientists to defend humanity and nature -- putting half the planet under protection. But we need inspired leaders from all walks of life to make it happen. Avaaz has identified leaders from the UN, Europe, Canada as well as business and religion who could be those champions -- now we need to inspire them!

Our movement has won campaigns on the strength of a single, heartfelt letter before -- imagine what thousands could do. Let’s write from the heart to these leaders calling for them to back protection for half the planet, and deliver them with a beautiful personalised book of letters to defend life on Earth. Click below to inspire German Chancellor Angela Merkel -- you’ll get all the help you need!

Write a letter to defend life on Earth

You may worry that your letter won’t change anything. But if there’s one thing Avaaz has learned it’s that facts and figures don’t win our greatest victories -- it’s single moments of authentic human connection.

An inspired letter from Avaaz helped unlock compensation from fashion giant Benetton for the victims of a factory collapse in Bangladesh. Amnesty International, one of our most effective and important human rights groups, started by writing heartfelt letters to free prisoners. And our entire movement was built on the power of inspired emails!

Now we face a new challenge -- the future of life on our planet is threatened. We must rise to it, with love and hope and belief that we can succeed. Click below to inspire German Chancellor Angela Merkel, and you’ll be given everything you need to write a letter to defend life on our beautiful Earth.

Write a letter to defend life on Earth
Time and time again, Avaaz has led the charge to defend the environment. But now we’re called to something deeper. Not just defending nature, but being it, and feeling the truth in our bones that we are one beautiful part of the living, breathing planet that is our only home.

This is the 'last generation' that can save nature (CNN)
https://edition.cnn.com/2018/10/29/health/wwf-wildlife-population-report-intl/index.html

Can we conserve half the planet for the survival of all species? (National Geographic)
https://www.nationalgeographic.org/newsroom/can-we-conserve-half-the-planet-for-the-survival-of-all-...
Publicado por salud equitativa en 3:49