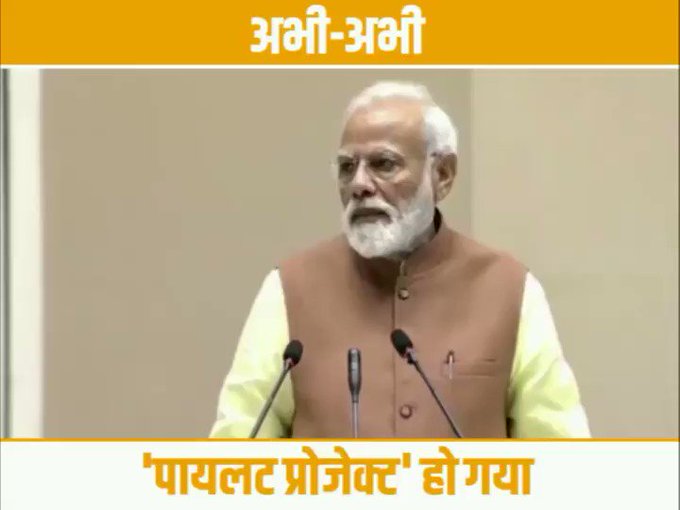 1,955 people are talking about this
Twitter Ads info and privacy
Pakistan Prime Minister Imran Khan Thursday said his government has decided to release Indian Air Force (IAF) Wing Commander Abhinandan Varthaman tomorrow (March 1). “As a peace gesture, we have decided to release the Indian pilot in our custody,” he said.
Meanwhile, government sources had told The Indian Express that India is in no mood to negotiate any deal and it wants Abhinandan back immediately and unharmed.
Pakistan had on Wednesday claimed it shot down two Indian fighter jets over Pakistani air space and arrested a pilot amid the face off between the two countries. The Ministry of External Affairs later confirmed that a MiG 21 was lost and the pilot “missing in action”.
“There is only one pilot under Pakistan Army’s custody. Wing Commander Abhinandan is being treated as per norms of military ethics,” Major General Asif Ghafoor, spokesperson of the Pakistan Armed Forces had said. Soon, videos started emerging on social media from Pakistan featuring Abhinandan — one showed him being assaulted by a mob, others showed him being interrogated.
Also Read: Pilot in custody, Wing Commander Abhinandan Varthaman, is son of decorated IAF veteran

According to defence portal bharat-rakshak.com, Abhinandan was commissioned as a fighter pilot on June 19, 2004. It is learnt that he had recently completed his training at the Defence Services Staff College in Wellington, Tamil Nadu. The course trains officers from all three services for command and staff appointments.
Publicado por salud equitativa en 5:03