The law will not hold | The Indian Express

The law will not hold | The Indian Express 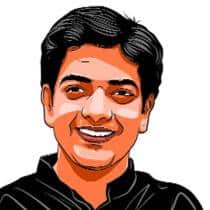 The law will not hold

Unlawful Activities Prevention Act (UAPA) is susceptible to heavy police misuse. It must be repealed. Supreme Court verdict, judgment on activists arrest: Elgaar Parishad case.
The Bhima Koregaon investigation, arrests of activists across the country and the subsequent writ petition in the Supreme Court have brought to attention the manner in which the anti-terror law, the Unlawful Activities Prevention Act (UAPA), is invoked by the police. While a conversation on UAPA’s use in this specific case is welcome, one must also discuss the potential misuse and inherent susceptibility of the UAPA to police abuse. The UAPA’s deviations from the general principles of criminal law are too grave to be permissible and the effect that the law has had, along with its predecessors in TADA and POTA, is to effectively target and terrorise certain communities of people.
For instance, under UAPA, pre-chargesheet custody of the accused — time given to the police to investigate the case — is extended from the usual 60 or 90 days under general criminal law, to a period of 180 days of incarceration. And the police does not have to produce any evidence against the accused in court justifying such custody. The UAPA also restricts the right of the accused to be released on bail and extinguishes it if the court comes to a conclusion, based on police documents, that it appears that he has committed an offence. This provision ensures that accused persons remain incarcerated for the duration of their trials, which may extend to many years. By declaring the general law of bail inapplicable, the law ensures that conviction is not required for punishment. The mere invocation of UAPA is sufficient.
The UAPA also allows the court to presume guilt of the accused if the prosecution proves recovery of arms or fingerprints of the accused on materials associated with a terrorist act. Under general criminal law, the prosecution would normally bear the burden of proving all elements of a crime it charged a person with. However, under the UAPA, mere possession of such materials is sufficient for the court to draw the inference that the arms have been used as well. This derogates from the principle of presumption of innocence of the accused. Also, this incentivises the investigating agencies to plant evidence. It is convenient for the police to often portray false recoveries of materials from the accused after they have been arrested, given the effect a successful recovery has on the prosecution case. To place the burden of disproving possession on the accused is especially egregious in a situation where a host of witnesses would be arraigned to prove the recovery of the object from him, including police officers. Very often, he would be the only person claiming the contrary.
The UAPA is also a trusty tool for the police to invoke in a wide variety of cases. This is because the definition of a “terrorist act” in the statute is extremely broad. By bringing in the standard of covering acts which are “likely to threaten” or “likely to strike terror”, the determination of whether something amounts to a terrorist act or not is no longer dependent on the intent with which it might have been planned or done, but, on what the police may think it was likely to achieve. This places the complete discretion — of whether or not to invoke the law — upon the investigating agencies, with no objective guidance on whether something is a terrorist act or an ordinary offence. To provide such unbridled power to invoke the law, coupled with the effects of such a law being used, is an invitation to its arbitrary use against dissidents or communities of people that are out of favour with governments.
At every step of the criminal process, starting from arrest, to investigation and trial before a special court, the UAPA takes away the rights of the accused. Most often, such measures are justified as necessary to hike up conviction rates for terrorist acts. But despite draconian measures, the UAPA has recorded a dismal conviction rate thus far. This logic also begs the question of whether higher conviction rates are a sufficient goal for the legal system to allow for complete subversion of its principles, and, to ensure that the mere making of allegations under the UAPA lead to de facto punishment. The UAPA is specifically designed to achieve this end. It has a structure and provisions that mandate unfairness and incentivise malpractice. It has no place in a legal system governed by a democracy and must be repealed.
The writer is assistant professor, National Law School of India University, Bengaluru.
For all the latest Opinion News, download Indian Express App
More From Kunal Ambasta