Custom vs law | The Indian Express

Custom vs law | The Indian Express 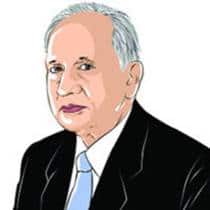 In Sabarimala, apex court could have been cautious in applying constitutional ideals
Tahir Mahmood

In Sabarimala, apex court could have been cautious in applying constitutional ideals Kerala’s Sabarimala temple keeps the doors of its sanctum sanctorum shut to young women. (Express Photo/Vignesh Krishnamoorthy)
Should the courts in a professedly secular state entertain and decide religious disputes? The answer depends on the concept of state secularity, which is by no means uniform. The US and France, with their doctrines of state wall of separation and laïcité, may answer this question in one way; India in another. India remains a deeply religious society and a stronghold of faith-based customs. The Constitution understandably accommodates both unavoidable religiosity and desirable secularity. Article 25 clarifies that people’s freedom to profess and practise religion shall not inhibit the state from regulating secular activity associated with religious practice. The next article guarantees to “every religious denomination or any section thereof” the right “to manage its own affairs.” Reconciling the two provisions is a tough ask for the judiciary.
Kerala’s Sabarimala temple keeps the doors of its sanctum sanctorum shut to young women. The restriction was not born out of a misogynist attitude — it could not be so in a land that worships hundreds of female deities. It was rather an understanding of the fact that women’s physiology disables them from performing the more than month-long ritual. In 1965, the Kerala government chose to turn this restriction into a statutory provision by incorporating it in the rules framed under the Kerala Hindu Places of Public Worship (Authorisation of Entry) Act. That’s how the trouble began. The story of a Bollywood celebrity’s wife wishing to expiate for the “sin’” of accidentally touching the deity alerted votaries of gender equality who challenged the statutory rule in the high court. Unable to secure relief, they knocked at the apex court’s doors in 2006.
Twelve years later, a constitution bench of five judges pronounced a verdict — four of them declaring the restriction to be ultra vires the Constitution. Various constitutional provisions were invoked, including the right to gender equality and the court’s duty to renounce practices derogatory to women’s dignity.
In a rather ingenious way, the restriction was brought into the scope of Article 17 that abolishes “untouchability”. Neither this article nor the Untouchability (Offences) Act defines untouchability. Derived from the word “untouchable” — a word coined for the vernacular expression achhut — it refers to a custom which puts so-called lower castes in this category. This innovative approach to the Sabarimala issue was unwarranted; there were enough provisions in the Constitution enabling the judges to reach the same conclusion. Disagreeing with this intrusion into the domain of Article 17, the woman-judge on the bench, Indu Malhotra, insisted that all forms of exclusion “would not tantamount to untouchability”. Also, in her opinion judicial review of ancient religious practices “would amount to rationalising religion, faith and beliefs, which is outside the ken of courts.”
Age-old religious practices are not expected to conform with a modern constitution, but laws have to be in consonance with its stipulations. The Kerala government’s move to turn the Sabarimala custom into a statutory rule was a thoughtless action that left the court no choice but to judge it on the touchstone of the Constitution. Yet, in view of the religious sensitivity in the case, it could perhaps have exercised caution in strictly applying constitutional ideals. The spate of review petitions before the court may give it a chance to make its verdict more practicable.
“Introduction of constitutional law in the home is most inappropriate; it is like introducing a bull in a china shop,” Delhi High Court judge late K B Rohtagi had observed in Harvinder Kaur (1984). Looking at the happenings at Sabarimala in the aftermath of the SC’s decision, one may wonder if the strict introduction of constitutional law into the garbhgriha of an ancient shrine is like introducing a bull in a china shop.
The writer is former chair, National Minorities Commission and member, Law Commission of India
For all the latest Opinion News, download Indian Express App
More From Tahir Mahmood 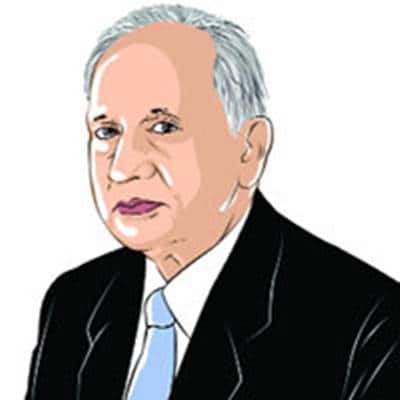