As Amazon Warms, Tropical Butterflies and Lizards Seek the Shade 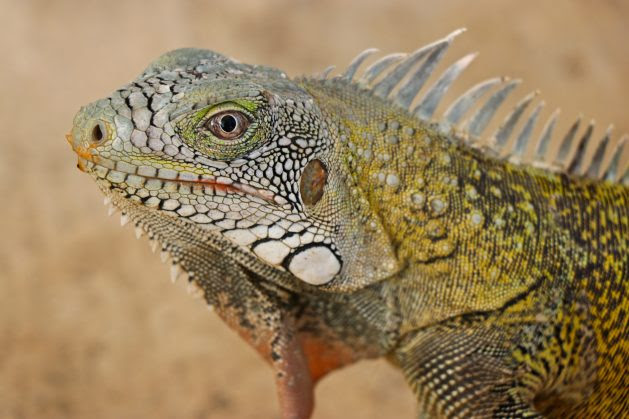 A study he supervised, conducted by students Chineze Obi and Noreen Heyari, revealed that “changes in wing positions [of Postman butterflies] were associated with regulating absorption of solar energy. Thus, thoracic temperatures were effectively regulated so that body temperatures were maintained between 28° and 34° C. Postman butterflies were fully active within this range of temperatures.” But when things got too hot for wing manoeuvres to help them, the butterflies simply retreated and rested, the researchers found.
They also found that the postman butterfly maintained “relatively stable temperatures during fluctuating” outside temperatures.
These findings suggest that some Amazonian ectotherms may be adjusting their behaviour to cope with the heat, but at the expense of the normal activities required for survival and breeding.
“Because postman butterflies and Neotropical collared lizards maintain lower temperatures than ambient for most of the [investigation periods], they may be shade seeking to stay cooler, instead of spending time foraging, mate seeking, and defending territories. Taken together these results suggest that rising global temperatures could already be having negative impacts on [them],” Bourne told IPS.
Accordingly, the journal, Animal Behaviour, in an article published in August explains, “Thermoregulatory behaviours are of great importance for ectotherms buffering against the impact of temperature extremes. Such behaviours bring not only benefits but also organism level costs such as decreased food availability and foraging efficiency and thus lead to energetic costs and metabolic consequences.”
Bourne said he chose to study butterflies and lizards native to the Amazon because even moderate increases in temperatures could have profound impacts on these creatures’ daily activities and metabolic function.
“Tropical terrestrial ectotherms, including butterflies and lizards, have a narrower thermal tolerance than higher-latitude species, and are currently living very close to their maximum temperature limits,” he told IPS.
He said the rate of temperature increase in the Amazon, which Guyana shares with its neighbours, was 0.25°C per decade during the late 20th century, with an expected increase in temperature of about 3.3°C during this century if greenhouse gas emissions are at moderate levels. 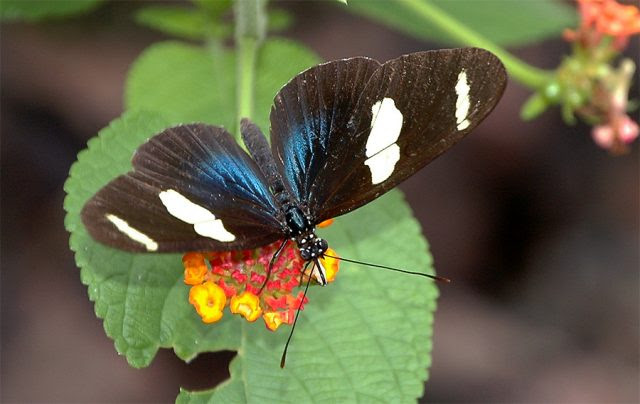 A Small blue Grecian Heliconius sara. Research shows that some Amazonian ectotherms may be adjusting their behaviour to cope with the heat, but at the expense of the normal activities required for survival and breeding.Courtesy: Dr. Godfrey Bourne
“Butterflies [invertebrates] and lizards [vertebrates]…both generate body temperatures primarily from temperatures of the environment; [this is in contrast to] endothermy, a high-cost physiological approach to life where body temperatures are generated from ingested foods…Butterflies and lizards are well-studied, conspicuous, and easily tractable taxa that provide some of the strongest evidence for the ecological effects of recent climate change,” he told IPS via e-mail.
His research builds on other, published, research. An article in the journal, Global Ecology and Conservation, notes that “decreasing local climate suitability (magnitude) may threaten species living close to their upper climatic tolerance limits, and high velocities of climate change may affect the ability of species to track suitable climatic conditions, particularly those with low dispersal.”
In addition, sex ratio also influences a species’ chances of survival. “If we see sexual dimorphism in behaviours with one sex being more active during hotter times of the day, then we may see changes in sex ratios, favouring the sex that is more active during higher temperatures. Under such a scenario, sex ratio imbalance will eventually contribute to population crashes,” he told IPS.
A 2016 study by Australian scientists, published in the journal Ecological Modelling, found that when the sex ratio was biased towards the female sex under warming climates, then the size of reptile populations increased greatly, but where the bias was towards the male sex under warmer temperatures, “population sizes declined dramatically.”
The cumulative impact may be “reduced breeding and low population growth for the sun-avoiding butterfly and lizard species, but longer persistence for their [sun-loving] relatives. But in 20 years, I suspect that all populations may become locally extinct,” Bourne said.
At the same time, humans will also feel the adverse consequences if these creatures lose out in the struggle against climate change. One estimate suggests a third of the foods eaten by human beings is pollinated. “In the long term…pollinator services will be minimised, leading to reduced fruit and seed production, and eventually to reduced new plant recruitment for forests,” Bourne said.
As lizards also play a role in plant recruitment, their demise will also adversely affect the food supply. The tropical lizards Bourne has studied eat small fallen fruit, and “when eating these fruit they move several metres from the parent tree where the seeds are discarded,” he explained. “Seeds discarded away from the parent tree have a higher probability of escaping insect, bird, and mammal seed predators, and so are likely to germinate. These have a higher likelihood of recruitment and becoming established into the forest matrix,” Bourne said. Hence, a reduction in lizards will ultimately mean less food from plants