Hong Kong's security bureau had previously said in a letter to the National Party's leader, Andy Chan, that the party should be dissolved ``in the interests of national security, public order or the protection of the rights and freedoms of others.'' 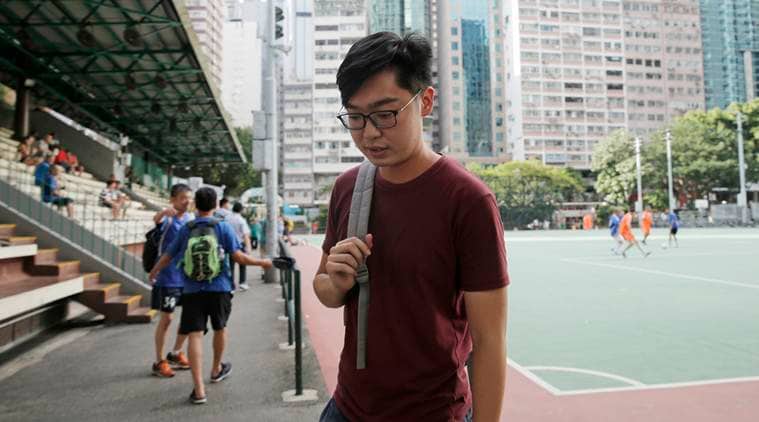 The leader of the National Party, 27-year-old Andy Chan. (AP/File)
Authorities in Hong Kong on Monday took an unprecedented step against separatist voices by banning a political party that advocates independence for the southern Chinese territory on national security grounds.
John Lee, the territory’s secretary for security, announced that the Hong Kong National Party will be prohibited from operation from Monday.
Lee’s announcement did not provide further details. But Hong Kong’s security bureau had previously said in a letter to the National Party’s leader, 27-year-old Andy Chan, that the party should be dissolved “in the interests of national security or public safety, public order or the protection of the rights and freedoms of others.” Chan had no immediate comment.
That letter had cited a national security law that has not been invoked since 1997. The ban is likely to raise further questions about Beijing’s growing influence in the former British colony, which was promised semi-autonomy as part of the 1997 handover. Chinese President Xi Jinping and other officials have warned separatist activity would not be tolerated.
The perception that Beijing is reneging on its promise of semi-autonomy and eroding Hong Kong’s free elections and freedom of speech is helping fuel a rising generation of young activists calling for greater autonomy, if not outright independence.
Huge pro-democracy protests erupted in 2014 in response to the decision by China’s ruling Communist Party to retain the right to effectively pre-screen candidates for Hong Kong’s leadership.
Chan, the National Party leader, had told The Associated Press in July that police approached him with documents detailing his speeches and activities since the party’s formation in 2016.
The party was founded in response to frustration about Beijing’s treatment of Hong Kong. Despite a promise of autonomy, activists complain mainland influence over its democratic elections is increasing.
Chan and other pro-independence candidates were disqualified from 2016 elections to the Hong Kong legislature after they refused to sign a pledge saying Hong Kong is an inalienable part of China. The Hong Kong National Party has never held any seats on the council.
For all the latest World News, download Indian Express App
Publicado por salud equitativa en 5:18