How Gandhi was different | The Indian Express

How Gandhi was different | The Indian Express 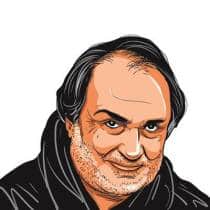 How Gandhi was different

He led the greatest Muslim movement in history, articulated a Hindu-Muslim synthesis based on non-violence, tolerance. Mahatma Gandhi was killed because his assailants perceived that he supported the idea of Pakistan by dividing India.
Textbooks take a long time to absorb change and Pakistan has yet to digest what happened on January 30, 1948. Nathuram Godse, who killed Mahatma Gandhi, later said, “The accumulating provocation of thirty-two years, culminating in his last pro-Muslim fast, at last, goaded me to the conclusion that the existence of Gandhi should be brought to an end immediately… When top leaders of Congress, with the consent of Gandhi, divided and tore the country — which we consider a deity of worship — my mind was filled with direful anger”.
Gandhi was killed because his assailants perceived that he supported the idea of Pakistan by dividing India. He was also the leader of the greatest Muslim movement in history, the Khilafat Movement, whose leaders were not too enamoured of Mohammad Ali Jinnah. Arun Shourie, in his book The World of Fatwas, says Maulana Muhammad Ali Jauhar and Maulana Shaukat Ali used to kiss the feet of Mahatma Gandhi for leading the Khilafat Movement. Hamza Alavi, in Ironies of History: Contradictions of The Khilafat Movement, writes that Jinnah was physically beaten by Shaukat Ali for opposing the movement. After 1947, Khilafat was not in the Pakistani textbooks although most of the anti-Pakistan Khilafat leaders were accepted into the pantheon of Pakistan’s Islamic nationalism. Why not Gandhi?
Christophe Jaffrelot wrote in The Indian Express (January 30, 2015) that a BJP MP wanted to elevate Gandhi’s killer Nathuram Godse to the status of a patriot because he “killed for a cause”. Presumably, Gandhi died “without a cause”. All this is happening as India looks to climb to world-power ranking with a permanent seat in the UN Security Council. Some Pakistanis thought Pakistan’s early medievalism would subside after a series of failures. Who could imagine that, instead of being chastened by Pakistan’s failure, India would set Gandhi aside and start killing Muslims “to protect the cow”?
Gandhi wanted Hindus and non-Hindus to live together and wanted Pakistan as a peaceful neighbour. Pakistan succumbed to extremist ideology and can hardly govern itself today. But India was not supposed to succumb to the same aetiology of state failure where people are scared on the streets, the judges scared in the courts and the media forced to hide the truth. The hope for peace inspired by a great man from within Hindutva, Atal Bihari Vajpayee, has quickly faded. If the next election is won by the BJP, it might have enough numbers in Parliament to remove the word “secular” from the Indian Constitution.
Mahatma Gandhi has to be celebrated because he represented an important milestone in India’s intellectual evolution. Judging from the numbers he was able to mobilise in his movement, he will remain the greatest leader of South Asia for a long time. Vivekananda thought Hinduism could be the staple of Indian civilisation only if it could borrow monotheism from Islam and end its internal rifts. Gandhi thought of a Hindu-Muslim synthesis based on non-violence and tolerance.
Unfortunately, it was V D Savarkar who had clarity. His Hindu Mahasabha vision came out of the anti-Muslim historiography under the British Raj. He read the Muslim religious literature and suspected the Muslims of finally not accepting to live as one nation with the Hindus in India. His “solution” was that the Muslims should accept India as a Hindu Rashtra and convert back to Hinduism if they were to have full rights as citizens. As a non-Congress leader, Savarkar was marginalised but his appeal was pan-Indian and he was to become the ideologue of Hindu nationalism sweeping India at the end of the 20th century.
Gandhi put off Jinnah when he mixed religion with politics, even though he agreed with the project of creating a secular state in India. He was firmly inclusivist in his approach to other religions. His mother, Putli Bai, believed in respecting Hindu and Muslim faiths equally. Gandhi did not tackle the Muslim question directly because he would not go into why the Indians were degenerate before British occupation. Others thought degeneration was owed to Muslim rule; he dodged the subject. As an apostle of non-violence, he thought of letting Muslims share power in India.
The world of Islam is in a state of upheaval because of a “surplus phenomenology of identity” or “hyper-asabiyya”, which makes it fight internecine wars. This crisis has grown out of an inability to reinterpret a creed predicated on violence. Gandhi’s non-violence appealed to many great leaders in the West after the two World Wars. India can never claim that he was a leader only of India.
Pakistan is frequently shaken by the persecution of innocent non-Muslims and secularists. The national trauma of the lynching of a free-thinking student, Mashal Khan, in a university in the province of Khyber-Pakhtunkhwa persists. Gandhi-hating “new” India has provoked India-watching Christophe Jaffrelot (‘Hindu Rashtra, de facto’, IE, August 12) into saying: “Not only has the prime minister abstained from condemning lynchings, some legislators and ministers have extended their blessings to the lynchers. Only a few of the lynchers have been convicted so far. Whenever lynchers have been arrested, the local judiciary has released them on bail. If the executive, legislature and judiciary do not effectively oppose lynchings, India may remain a rule-of-law country only on paper and, in practice, a de facto ethno-state.”
The writer is consulting editor, Newsweek Pakistan
For all the latest Opinion News, download Indian Express App
More From Khaled Ahmed