What, After Buenos Aires Conference on South-South Cooperation?

Print | Send by email
Branislav Gosovic worked in UNCTAD, UNEP, UNECLAC, World Commission on Environment and Development, South Commission, and South Centre (1991-2005), and is the author of the recently-published book ‘The South Shaping the Global Future, 6 Decades of the South-North Development Struggle in the UN.’ 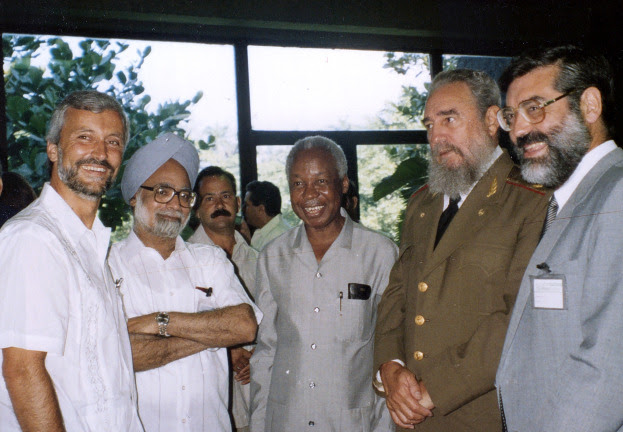 At the 8th Meeting of the South Commission, Havana , Cuba , July 1990. Mwalimu Julius Nyerere, Chairman of the South Commission, President Fidel Castro of Cuba, Manmohan Singh, Secretary-General of the Commission, Carlos Fortin (right) and Branislav Gosovic (left), of the Commission staff.
GENEVA, Feb 18 2019 (IPS) - Initially, in its BAPA+40 follow-up, the Group of 77 should address – in its own circle and in a comprehensive manner – the challenges and opportunities facing South-South cooperation.