Taking the Lead in Fight Against Climate Change 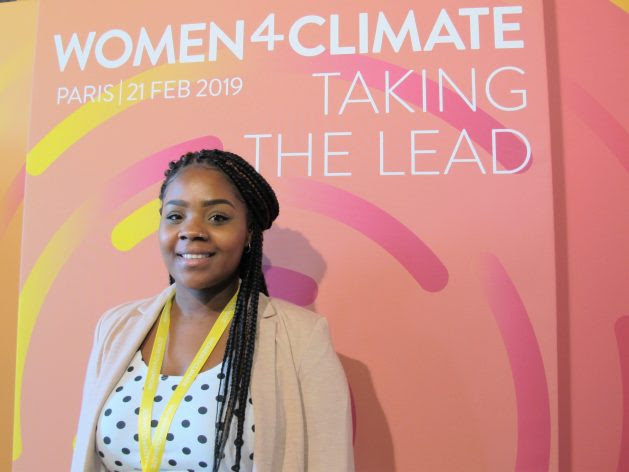 Monique Taffe, a 22-year-old London-based fashion designer, makes clothing from recycled textiles and objects. Credit: A.D. McKenzie/IPS
PARIS, Feb 22 2019 (IPS) - As the grandchild of Jamaican citizens who moved to Great Britain, Monique Taffe says she inherited a tradition of recycling and learned not to be part of the “throwaway culture”, as some environmentalists have labelled consumerist societies.
“I saw how my grandmother re-used things, and that was passed down to my mother who inspired me to do the same,” said Taffe, who wants to use waste materials and recycled fabrics in fashion design.
The 22-year-old London-based designer is a recent graduate of a British fashion school and she participated in the 3rd Women4Climate conference that took place Feb. 21 in Paris. She joined other young women from around the world, including from several Latin American countries, who have launched sustainability projects and are being mentored by member cities of C40, a network of 94 “megacities” committed to addressing climate change – and which co-organised the conference titled “Taking the Lead”.