Print | Send by email
UNITED NATIONS, Jan 30 2019 (IPS) - The steady decline in multilateralism—accompanied by a rise in unilateralism– is beginning to threaten democratic norms, including press freedom, global governance, civic participation and human rights across Asia, Africa, South America and the Middle East.

The threats – directly or indirectly – are being sourced to the outbreak of right-wing nationalism in the United States, reflected in the jingoistic political rhetoric coming out of several countries, including Brazil, the Philippines, Hungary, Poland, Austria, Turkey, Myanmar and Egypt.
Speaking to reporters last month, UN Secretary-General Antonio Guterres warned that multilateralism is under attack from many different directions precisely “when we need it most.”
“In different areas and for different reasons, the trust of people in their political establishments, the trust of states among each other, the trust of many people in international organizations has been eroded and … multilateralism has been in the fire,” he complained. 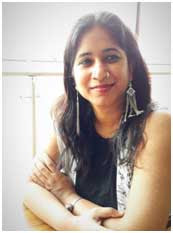 Lysa John – Credit: CIVICUS
So, how will civil society survive against these heavy political odds during 2019?


Lysa John, the new Secretary-General of the Johannesburg-based CIVICUS, a global alliance of civil society organizations (CSOs) advocating citizen action worldwide, told IPS: “Sadly in this current political climate, governments are undermining decades of work by citizens and leaders across the world to build an effective framework for global cooperation’.
She specifically cited the withdrawal of the United States from the 2015 Paris Climate Change Agreement and the UN Human Rights Council as “a stark reminder that we are living in a world where governments are operating in a state of active denial”
Across the world, there is a sense of outrage as leaders – including of major democracies such as Brazil and India – are seen championing the interests of the elite while suppressing citizen and community movements that are working to ensure civic participation and governance accountability, said John, who has worked on issues of governance accountability and social justice since 1998.
She most recently worked with Save the Children International as their global Campaigns and Advocacy Strategy Director, and previously served as Head of Outreach for the UN High Level Panel on the Post-2015 Agenda.
Asked how CSOs will cope with this growing new trend against multilateralism, she said that in a globalised world,” the solutions to the new and complex challenges we face – such as conflict, climate change and inequality – are heavily inter-dependent”.
“We need governments to adopt a ‘one-world’ approach that allows them to actively combine resources, share lessons and scale up innovations to cope with the social, environmental and economic changes that are unfolding at a rapid rate”.
In this context, she pointed out, multilateralism isn’t just a “nice-to-have option”, but an urgent necessity which will determine the survival and well-being of future generations.
Excerpts from the interview:
IPS: What are some of the key political and socio-economic issues that will be on the CIVICUS agenda this year?
John: 2019 has kicked off with some alarming signals for the global civic space emergency that we have been calling out over the last year.
In Brazil, the new Bolsonaro government has threatened to close down human rights organisations, while in Zimbabwe protesting activists and groups have been subjected to shocking levels of force and intimidation.
Overall, internet shut-downs and violence as a means of curtailing voice and dissent is on the rise. In this context, ensuring governments take measures to protect and expand the right to organise and express dissent will continue to be a massive priority for us this year.
Across the world, journalists and activists are often the most vocal and visible when it comes to calling out governance failures or violations – making them an easy target for government and businesses who have an interest in keeping them silent.
Alongside this, we will continue to work on ways to connect, amplify and strengthen the great work that civil society does across the world.
In a hyper-connected world, it is ludicrous that governments continue to use archaic laws and policies to stifle the global flow of knowledge, technology and resources that can help millions trapped in poverty and discrimination to harness the benefits of modern development.
Ensuring public and donors invest in creating an enabling environment for civil society – one that allows us to be the most innovative, diverse and accountable version of ourselves – will also be an important part of our work this year.
IPS: How will the erosion of multilateralism — as singled out last month by UN secretary general Antonio Guterres — impact on CSOs in general, and CIVICUS in particular.
John: Where governments fail to act in the interest of ordinary people, civil society has had to step in and step up!
Across the world, voluntary organisations are acting as the first line of refuge for the most marginalised communities.
This includes extending life-saving assistance to fleeing from violent conflicts, fighting to change laws and practices that perpetuate discrimination against traditionally excluded communities or standing as the last line of defence.
It is disturbing that in this context many governments are choosing to increase surveillance and criminalise civil society rather than recognising and supporting their critical efforts.
Our research on civic space through the CIVICUS Monitor shows that attacks on civil society around the world are predictably common, and often severe.
Currently only 4% of the world’s population live in countries where the freedoms of expression, association and peaceful assembly are adequately protected.
Six in ten people live in countries where there are serious constraints on civic space.
Without the national and global mechanisms to protect and expand civic freedoms, civil society and citizens across the world would be left even more vulnerable.
This is why it’s important to continue to fight to not only protect multilateralism as it stands but also to make our global institutions more democratic and inclusive.
The writer can be contacted at thalifdeen@ips.org