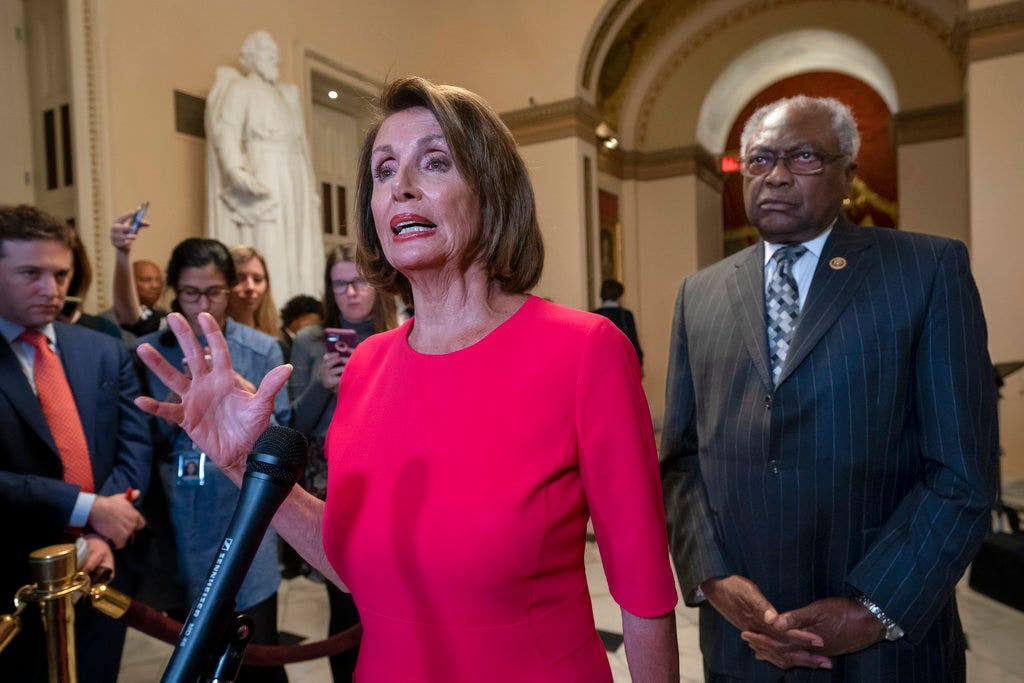 THE LEAD STORY – THE WALL BETWEEN TRUMP AND PELOSI: Newly empowered House Democrats late Thursday passed a bill to reopen the government without funding President Trump's border wall ... In a news conference Thursday night, newly-elected House Speaker Nancy Pelosi broadly discussed the ongoing partial government shutdown, which has dragged on since Dec. 22.  Even as she said she would be willing to fund border security, Pelosi called a border wall a symptom of an "old way of thinking" and promised not to fund it. "We're not doing a wall. Does anyone have any doubt that we're not doing a wall?" Pelosi told reporters.
Earlier Thursday, President Trump made a surprise appearance in the White House briefing room to congratulate Pelosi on once again becoming House speaker and to stand by his repeated calls to fund a border wall. At the president's request, Pelosi and other congressional leaders are scheduled to return to the White House on Friday morning to resume talks to end the shutdown.
Publicado por salud equitativa en 3:50