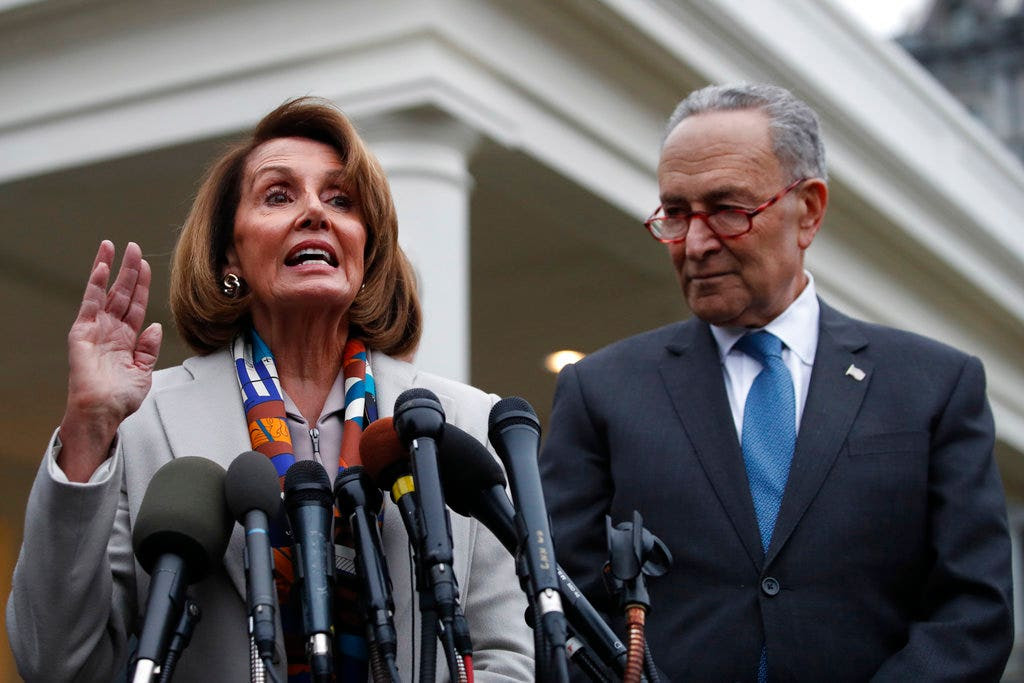 THE LEAD STORY – NEW CONGRESS, SAME SHUTDOWN POLITICS - Democrats will take control of the House Thursday as the new Congress convenes and Democratic leader Nancy Pelosi, who is set to once again become House Speaker, says they are refusing to give in on President Trump's demand for funding on a border wall ... "Nothing for the wall," Pelosi said in an interview with NBC's "Today" show set to air Thursday. "We can go through the back and forth. No. How many more times can we say no?" Pelosi said Democrats will quickly pass legislation to re-open the government — which has been partially shut down since Dec. 22 — without funds for the border wall.
A contentious, closed-door meeting on border security at the White House Wednesday ended without any progress. Several senior GOP officials said Democrats didn't seem interested in listening to what Homeland Security Secretary Kirstjen Nielsen had to say. Trump has called on congressional leaders return to the White House on Friday to resume talks.
A source inside the Situation Room told FOX News that it was the consensus of all participants that House Democrats would be able to negotiate once House Democratic Leader Nancy Pelosi is elected speaker of the House on Thursday, as expected. Sixty votes in the Senate are needed to pass a spending bill and reopen the government.
Publicado por salud equitativa en 2:57