"For decades politicians have talked about fixing broken trade deals only to do absolutely nothing about them,” President Donald J. Trump said this afternoon from New York. “My Administration is the first to actually keep our promise and deliver.”
In New York City for the 73rd session of the United Nations General Assembly this week, President Trump met with South Korean President Moon Jae-in today to sign a new trade agreement that protects American workers and businesses. The revised deal will increase U.S. exports while preserving jobs in America’s auto industry.
Under the old U.S.–Korea Free Trade Agreement (KORUS) signed in 2012, our trade deficit skyrocketed from 6.3 billion to $9.8 billion by 2017. Under the new arrangement, South Korea will double the annual number of American automobiles that can enter its market using U.S. safety standards. Seoul has also agreed to address issues with onerous and costly customs procedures that have hindered American exports.
The Republic of Korea is a key ally and trading partner of the United States; improving U.S.–Korean trade will help to strengthen this crucial economic and national security relationship. “Our two countries have set an example of friendship and cooperation for trade that rarely you see in this age,” President Trump said.
Watch the historic signing ceremony between the United States and South Korea
Get the facts: How America’s newest trade deal puts our workers first

A drug epidemic without borders

Kicking off the week at U.N. headquarters in New York, President Trump addressed an issue that his Administration has worked tirelessly to address since Inauguration Day: a deadly drug epidemic that spills across national borders.
Last month, the United States announced a “Global Call to Action on the World Drug Problem.” This morning, President Trump explained the effort to leaders from across the globe. “The call is simple: reduce drug demand; cut off the supply of illicit drugs; expand treatment; and strengthen international cooperation. If we take these steps together, we can save the lives of countless people in all corners of the world.”
The 2018 World Drug Report highlights the scope of the problem and the need for action. As cocaine and opium production have hit record highs, global deaths caused by drug use increased by 60 percent from 2000 to 2015. This market for illicit drugs fuels organized crime, corruption, and terrorism the world over.
“The scourge of drug addiction continues to claim too many lives in the United States and in nations around the world,” President Trump said. “Today, we commit to fighting the drug epidemic together.”
Watch: President Trump at the Global Call to Action on the World Drug Problem
New today: White House announces new counties to receive Federal support to fight drug trafficking 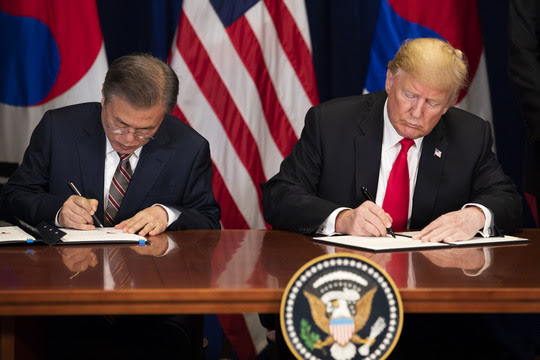