Pets and peeves | The Indian Express

Pets and peeves | The Indian Express 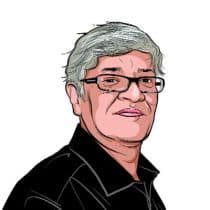 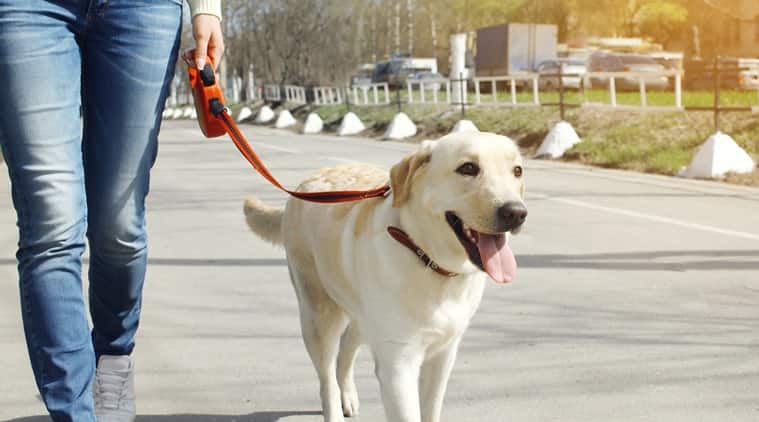 The BBMP issued new pet licensing bylaws and applied them with retrospective effect.
For several weeks, pet-loving Bengaluru residents have been upset at what the Bruhat Bengaluru Mahanagara Palike (BBMP) has done. The BBMP issued new pet licensing bylaws and applied them with retrospective effect. Every municipality has the right to require mandatory registration of dogs, and all pets. But de facto, these rules are usually about dogs.
There is a true story about Lord Byron attending Trinity College, Cambridge, between 1805 and 1808. The statutes of the college prohibited dogs as pets, within the boundaries of the college. Therefore, Lord Byron kept a tame bear as a pet, arguing that a bear was not a dog and the authorities had to bear with this affront, since this didn’t violate rules. Section 399 of Delhi Municipal Corporation Act (1957) requires mandatory registration of dogs (It doesn’t say anything about other pets). A non-registered dog, without the required collar, can be detained and put to death. Section 310 of New Delhi Municipal Council Act has similar provisions. How many dogs are there in Delhi? The 2012 (19th) Livestock Census informs us there are 63,289 dogs in rural Delhi and 87,164 dogs in its urban parts. That’s an aggregate of 1,50,453 and most people will argue this is an under-estimate and that the number of stray dogs alone is at least 4,00,000.
Related News
How many of Delhi’s dogs are pets? By a pet I mean a dog that lives within the boundaries of the house. I don’t mean strays or street-dogs fed and taken care of by animal-lovers. I couldn’t find any reliable numbers. However, the number of registered pet dogs is just 953. By no stretch of the imagination can this be accurate. Clearly, pet-owners don’t register their dogs. This may be because they don’t know about mandatory registration requirements. It is unlikely to be because of costs — it costs Rs 500 at the South Delhi Municipal Corporation (SDMC) and Rs 50 for North and East Corporations. Assuming one knows about mandatory registration, the answer must lie in procedural nuisance — SDMC does have online registration procedures, but the other two still have manual processes. The objective is clearly to encourage registration, since that’s desirable. This is something municipal corporations aren’t really equipped to enforce, unless the pet dog goes and attacks someone and there is a criminal complaint.
Therefore, one should incentivise registration and not create disincentives. I am not arguing for waiver of registration fees, the sum isn’t much. Consider the SDMC’s rules. “The registration number and token once issued shall remain unchanged throughout the life of the dog.” That’s a bit like a car’s registration number. However, the registration is only for a year, not a lifetime. Why? Because vaccination certificates are required and those are annual. Hence, every year, there must be a fresh application with a fresh fee. You need to apply in March. If not, “The grace period would be two months, i.e. April and May. Thereafter the penalty at the rate of 5 per cent of the license fee would be charged for each subsequent month from the pet owners.” Note that registration imposes no legal obligation on the corporation and the owner is responsible (rightly) for all vaccination. Does this sound like an encouragement of registration? Imagine having to register your car every time you get a new pollution control certificate.
A few years ago, we lived in a DDA colony in Vasant Kunj. There was a young man who lived just above us, in a three-bedroom DDA apartment. He lived alone, except that he had pet dogs. We had no idea how many. They were rarely taken out for walks. We never saw those pets, but we smelt them, because of an awful stench that pervaded the area. Eventually, there were complaints against him, a public nuisance having been created. When doors to the house were broken down by municipal authorities and animal welfare workers, 27 dogs (all unregistered) were discovered in that flat. I kid you not. The story was featured in the papers. So much for enforcement, unless a public nuisance is created.
Should municipal authorities be concerned with registration or cruelty towards dogs? Twenty-seven in an apartment is obviously cruelty, but shouldn’t this be left to presumed sense on the part of pet-owners? Should, for instance, there be a cap on the number of dogs? This kind of confusion and multiplicity of objectives is the bane of all public policy.
BBMP’s bylaws, now held in abeyance because of protests, capped it at one dog per apartment. Note that apartments can vary widely in size. If you live in an independent house in Bengaluru, the cap is three dogs. The multiplicity of objectives was then confounded even further. Clearly, it is “cruel” to have large dogs in apartments (Such restrictions are against the Animal Welfare Board’s guidelines, though.) So, the municipality produced a list of 64 approved breeds for apartments, which meant that it also got into matters related to breeds as well. You have probably never heard of the Indian pariah dog as a breed. It isn’t a dog breed that is commercially recognised. But the dog is found all over India and is one of the world’s oldest breeds. It’s a small dog. Nevertheless, it isn’t a breed approved by BBMP. Nor does BBMP approve of cocker spaniels or beagles (I don’t think I have seen half the breeds in the list of 64). All those interested in public policy formulation should read these bylaws, as a lesson in how not to make policy.
The writer is chairman, Economic Advisory Council to the PM. Views are personal
For all the latest Opinion News, download Indian Express App
More From Bibek Debroy