Out of my Mind: Lynch State | The Indian Express

Out of my Mind: Lynch State | The Indian Express 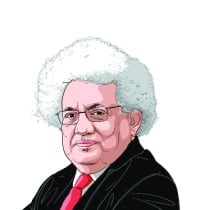 Out of my Mind: Lynch State
Meghnad Desai

Out of my Mind: Lynch State

I think the Honourable Supreme Court has got it wrong about lynching. It is not the lack of laws but a lack of will to enforce the law which is the issue. 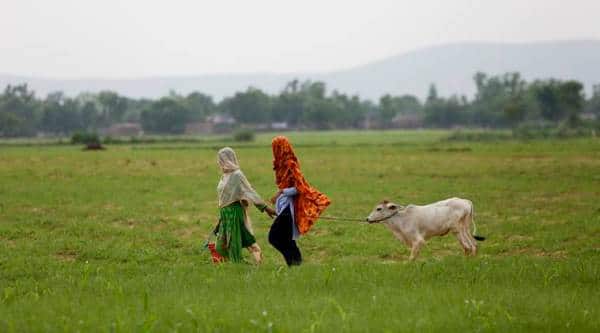 Villagers with their cattle in Kolgaon Village. Lynching is not so much a nation-wide problem as a Hindi belt one, the author writes. (Express Photo/Gajendra Yadav/File)
I think the Honourable Supreme Court has got it wrong about lynching. The problem is not that we need more laws to be passed at the Centre. Nor does the announcement by the Home Minister of convening a Group of Ministers (a sure sign of indecision during the UPA) inspire much confidence. This is not a problem which has a top-down solution.
Lynching is not so much a nation-wide problem as a Hindi belt one. It is to do with the feeling among many Hindus, some but not all with Parivar ties, that a BJP government in the state is an open invitation to beat up and/or kill Muslims. The issue may be cows as in Alwar or just an inter-religious marriage as in Ghaziabad. There may be rumours that a family, invariably Muslim, is eating or storing beef in their house. Any excuse will do. Social media help recruit an instant mob, who get their thrills from beating up Muslim men.
The occurrence of these cases is local and confined to the BIMARU states. Law and order is a state subject. We have perfectly adequate laws in the IPC to deal with the problem. It is not the lack of laws but a lack of will to enforce the law which is the issue. The lackadaisical attitude of the Alwar police towards the victim of lynching shows that as far as they were concerned, getting the cows back under protection was more important than to look after the half dead Muslim man under their care.
State-level policing has been a scandal for decades, especially in the Hindi belt. Under the Samajwadi Party in UP or the RJD in Bihar, criminals were highly placed in politics, kidnapping and extortion were rife. Each new party in power in UP starts by transferring police around the state so they can get their favourites in important posts. Members of the local ruling party know they have immunity from prosecution. MLAs and MPs behave like local rajas. In UP, just recently, an MLA was implicated in a rape case which also led to the death of the rape victim’s father as he was bullied. When justice will be done is anyone’s guess. We have a broken judiciary at the local levels to add to the politically manipulated police. Sometimes the arrogance of the perpetrators of such action matches its heinousness. In Kathua there has been no apology or remorse but one of those involved in the protests backing the accused has launched a Jammu regional movement. Obviously, that would bring the police totally under political control.
None of these problems is amenable to a solution by the Centre issuing an advisory or passing a law. The Congress has demanded that a Supreme Court judge review the problem. That will produce a readable report but no more. The fact is that in many parts of India, especially its Hindi heartland, the State has broken down. Not as a body for spending public money — on cancelling farmers’ loans, starting infrastructure projects, declaring new reservations etc. The State does not function to maintain law and order in an impartial way.
The challenge is to restore good governance, making police independent of local political authority, rebuilding the judiciary at the local level, to reinvent the local State. It won’t happen.
For all the latest Opinion News, download Indian Express App
More From Meghnad Desai