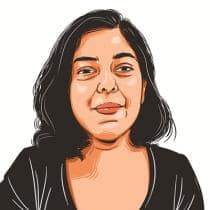 ‘Dhadak’, remake of Marathi film, ‘Sairat’, strives for a ‘modern’ world that ignores the lived realities of caste
Chahat Rana

‘Dhadak’, remake of Marathi film, ‘Sairat’, strives for a ‘modern’ world that ignores the lived realities of caste. 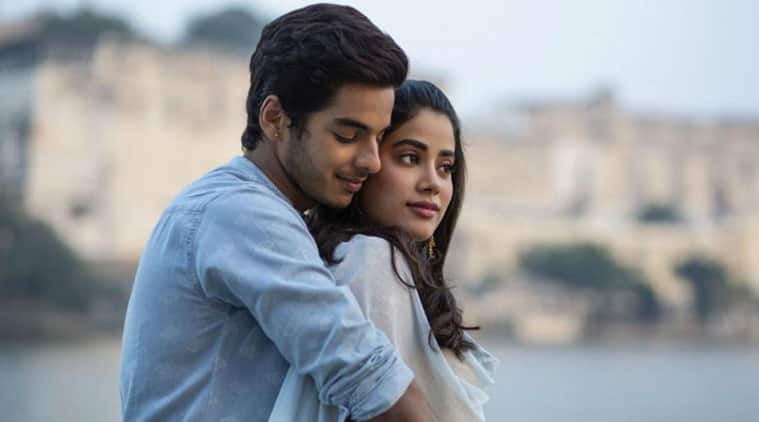 Where Sairat delivered a realistic depiction of caste violence in India, Dhadak delivers a highly-diluted and sanitised iteration of it.
“So what? Doesn’t a Patil feel thirsty?”, asks an old relative of Sairat’s protagonist, Prashant ‘Parshya’ Kale. The woman’s sharp remark comes as a retort to Parshya’s friend, Salim, who hesitates in offering water to an upper-caste boy from the Patil community. It is these caste-conscious moments, seamlessly woven into the narrative in Sairat, that its Bollywood remake Dhadak — perhaps in its attempt at making a “modern” and universally appealing film (disregarding Sairat’s worldwide fame) — fails to incorporate. Directed by Shashank Khaitan, whose previous work includes the romantic comedy series Humpty Sharma Ki Dulhaniya and Badri Ki Dulhaniya, Dhadak is a remake of a film that not only received critical acclaim for its astute representation of inter-caste romance, but also became the highest grossing Marathi film of all time.
However, where Sairat delivered a realistic depiction of caste violence in India, Dhadak delivers a highly-diluted and sanitised iteration of it. To be precise, there are exactly two explicit references to caste in the movie, both made by the father of the film’s hero, Madhukar. Beyond this, caste does not seem to affect the lives of Dhadak’s characters. In one of the very first scenes of the film, Madhukar (“Madhu”) participates in a food eating competition: He is seen gobbling down ladoos, kachoris and ghewars for fun — symbolic of the excess in the life of the Udaipur local. In Sairat, the equivalent of this scene is a cricket match, where Rs 11,000 is promised as a reward to the winner, making the stakes of the competition high for people like Parshya, who belong to a lower-caste family of fishermen. While Sairat, too, does not have more than a few direct references to caste, it permeates everyday reality in the film. It determines the character’s way of life, from the kind of house he lives in to the kind of water he is allowed to drink.
In his essay ‘Caste and Castelessness’, Satish Deshpande points out that “despite being at the centre of our attention, caste continues to elude us in fundamental ways — or at least so it would seem”. The conversation on caste, he suggests, finds no articulation in the modern, for its mere existence is viewed as “pre-modern” or even “anti-modern”. It is this “anti-modern” view of caste that Dhadak seems to bear at its core. So averse is the film to the idea of acknowledging caste, that its protagonists’ last names are not revealed. They are referred to as Madhu and Parthavi, denoting characters who are unmarked by caste and, hence, ostensibly modern. Sairat, in contrast, reveals early on in the film the two lovers’ full names — the lower caste Prashant “Parshya” Kale and the upper caste Archana “Archie” Patil.
By setting the film in the prosperous and “modern” city of Udaipur, Dhadak divorces itself from the hyper-visibility of caste that the rural setting in Sairat offers. However, the belief that urban migration provides an escape from caste regulations is unfounded in Sairat, since even when Parshya and Archie escape to Hyderabad, they are met with harsh challenges. Eventually, a local woman takes them into her house in a nearby slum, where their living conditions are even worse than what Parshya had back home. On the other hand, when Madhu and Parthavi run away to Kolkata, their lives are made easier through Madhu’s uncle’s contact — an affluent Bengali businessman. The man provides them with a clean and relatively spacious hostel room and a job at a restaurant for Madhu. Parthavi, who is fluent in English, soon lands a job at a call centre.
The privileges of being upper caste or the restrictions of being lower caste are therefore not removed through urban migration in Sairat. Traditional forms of caste capital are merely converted, as Deshpande states, into “modern forms of capital like property, higher education and strongholds in lucrative professions”. In an interview with Reuters addressing concerns regarding Dhadak’s dilution of the caste angle so integral to Sairat, Khaitan insisted a more careful viewing might reveal “that the layer [of caste] runs through the film, but it is not necessarily in your face”. Unfortunately, Dhadak’s portrayal of caste is as perfunctory and non-committal as Khaitan’s statement.
Director Nagraj Manjule, a Dalit himself, has sensitively and mindfully imbued Sairat with caste consciousness. A scene where Archie and Parshya are taught about modernist Dalit poets is replicated in Dhadak with similitude except, instead of teaching them Dalit poetry, the teacher is giving a lesson in economics. And perhaps that is the “modern” realm which Dhadak seeks to occupy, replete with a language of economic difference, but hesitant in attributing this difference to caste stratification. Dhadak is a part of the Bollywood project that thrives in the delusion of the “casteless” modern.
For all the latest Opinion News, download Indian Express App
Publicado por salud equitativa en 6:48