A RERA for the shareholder | The Indian Express

A RERA for the shareholder | The Indian Express A RERA for the shareholder

High-profile corporate scandals have brought into public consciousness the commonplace subject of corporate governance reforms. A separate act and regulations like RERA Act 2016 are required to protect equity capital investors in the stock market. SEBI has asked ICICI Bank and Kochhar why the conflict of interest was not reported to it. For over two months, no explanation has been submitted to SEBI. (Reuters/File)
Nepotism, favouritism, conflict-of-interest, quid pro quo, transparency, accountability — these terms are used with reference to the failures of management. Every day, there is a new scam and a new word is used to describe the growing shortcomings in corporate governance.
A recent example is from ICICI Bank and its CEO, Chanda Kochhar. A case of possible misconduct surfaced with regard to a loan to Videocon of Rs 3,250 crore by the bank, and when an act of kindness was granted by Videocon to NuPower, a company in which Kochhar’s husband was a first investor with Rs 64 crore. The immediate clarification that came from the bank? The internal review undertaken by the bank confirmed that there was no material finding of lapse. Chanda Kochhar was MD and CEO when the review was done — it was easy for her to influence it. The review was done internally by the bank and the report was never made public, let alone the conflict-of-interest being disclosed to SEBI. A further explanation: ICICI disbursed only part of the Rs 3,250 crore as part of a consortium of banks who financed Videocon. Does this mean that if you are part of a consortium, nepotism is allowed?
SEBI has asked ICICI Bank and Kochhar why the conflict of interest was not reported to it. For over two months, no explanation has been submitted to SEBI. A preliminary examination by the regulator has favoured adjudication proceedings against ICICI bank and Kochhar. The bank may face a penalty of up to Rs 25 crore under the relevant SEBI regulations for such lapses, while the fine for Kochhar may go up to Rs 1 crore, besides other penal action, according to a senior official. The penalty of Rs 1 crore is a tiny amount compared to a probable fraud of hundreds of crores.
There are also rumours that ICICI bank and Chanda Kochhar may file for settlement proceedings with SEBI for the compounding of offences. As per the Securities and Exchange Board of India (Settlement of Administrative and Civil Proceedings) Regulation, 2014, no settlement or compounding of acts of a fraudulent nature, which caused substantial losses to investors, is allowed. Considering this, these offences should be treated as being of a criminal nature. Also, the penalty amount should be decided on the basis of the benefit derived by the applicant as well as the amount of loss suffered by the investor.
When investors and flat owners lost their hard-earned money to bad builders, Justice Shahrukh Kathawalla of the Bombay High Court directed the police department to treat such cases as criminal and register the complaints against the builders in question. The same principle should be applied when equity investors lose money due to bad corporate governance. To this end, like the Real Estate (Regulation and Development) Act (RERA), 2016, a separate act and regulations are required to protect equity capital investors in the stock market.
Corporate governance is perhaps one of the most important differentiators of business that is distilled from an organisation’s culture, its policies and ethics, especially of the people running the business, and the way it deals with various stakeholders. High-profile corporate scandals have brought into public consciousness the commonplace subject of corporate governance reforms. While significant steps have been taken by the regulatory authorities in India to enhance corporate governance over the last decade, the stakeholders are not protected from poor corporate governance. As soon as common investors and the public come to know about the shady dealings of management, thousands of crores of net worth is battered by a loss of market capitalisation over a few months. There is no mechanism to compensate the stakeholders for their loss in equity market due to gruesome corporate governance.
All these facts strongly take us to the conclusion that separate regulator and act, like RERA, is required, to find the mechanism to compensate stakeholders.
The writer is a chartered accountant.
For all the latest Opinion News, download Indian Express App
More From Rajesh M. Kayal 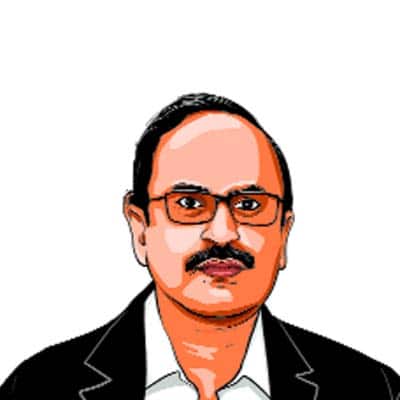