The US Overseas Private Investment Corp., the Japan Bank for Investment Cooperation and the Australian government announced on Monday a trilateral partnership to invest in infrastructure in the Indo-Pacific region. 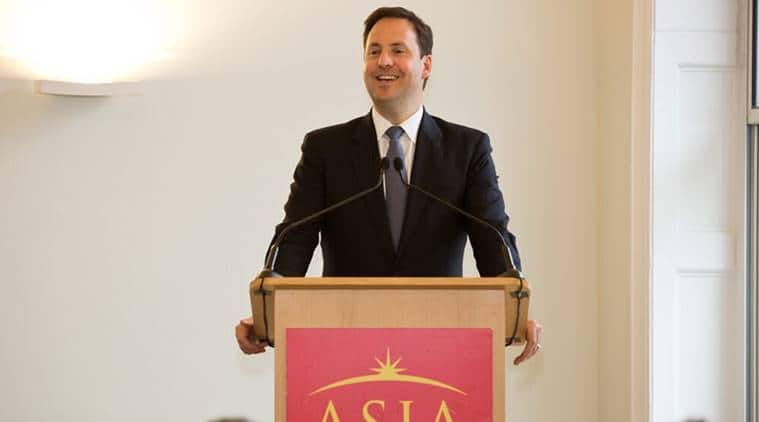 Australian Trade Minister Steve Ciobo. (Source: Twitter/ StevenCiobo)
An Australian minister said on Tuesday a new infrastructure partnership with the United States and Japan did not challenge growing Chinese investment in the Indo-Pacific region. The US Overseas Private Investment Corp., the Japan Bank for Investment Cooperation and the Australian government announced on Monday a trilateral partnership to invest in infrastructure in the Indo-Pacific region.
The move comes amid growing concerns about an increase in Chinese influence through the country’s One Belt One Road infrastructure program.
53m

Snake Island
BEN CROPP'S WILD AUSTRALIA
In the south Pacific Ocean there is a tiny island, it is home to a species of venomous sea snake. While this snake lays its eggs on land it seems that nobody has ever been bitten. If you enter the ocean of Nuie you will be swimming with snakes.
Trade Minister Steve Ciobo denied the three-way initiative was a challenge to China, saying it only added to various regional programs already underway.
“It’s wrong to view these things as either/or. The fact is we can participate in and be part of all of the initiatives in the region,” Ciobo told Sky News television.
“All of this, this broad sweep of initiatives in the region, is all about addressing the huge unmet demand for the provision of infrastructure throughout the Indo-Pacific region,” he added.
Ciobo said he did not expect backlash from China.
“The fact is that we demonstrate consistently that Australia is very focused on making sure that we can help the least developed economies in our region to get on to a more economically sustainable footing,” he said.
Without making specific reference to China, US Secretary of State Mike Pompeo said on Monday the United States were seeking “partners, not domination” in the region.
The three partners said in a joint statement that good investments stem from transparency, open competition, sustainability, adhering to robust global standards, employing the local workforce, and avoiding unsustainable debt burdens.
“We will uphold these principles as we mobilize investment in infrastructure, such as energy, transportation, tourism, and technology that will help stabilize economies, enhance connectivity, and provide lasting benefits throughout the region,” the statement said.
Australia and New Zealand said last month they were set to seal a new security agreement with their Pacific island neighbours as China increases its influence in the region.
The agreement was expected to be signed at the 18-nation Pacific Islands Forum in September, New Zealand’s Ministry of Foreign Affairs and Trade said, describing the Pacific as an “increasingly contested strategic environment.”
China protested in January when Australian Minister for International Development and the Pacific Concetta Fierravanti-Wells said Chinese aid programs in poor Pacific island countries were creating “white elephants” that threatened economic stability without delivering benefits.
Publicado por salud equitativa en 7:14