A Civil Crime | The Indian Express

A Civil Crime | The Indian Express Penalising triple talaq is a welcome move — the practice is against the moral fabric. 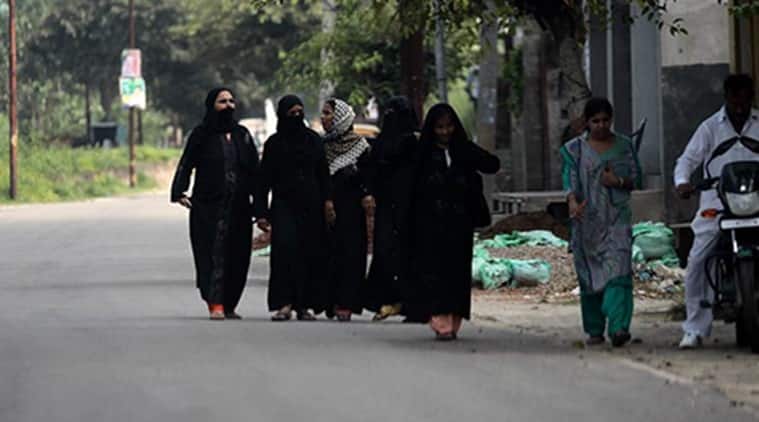 In the challenge to triple talaq in the SC last year, the All India Muslim Personal Law Board acknowledged that it was a ‘sinful’ practice, but argued that having withstood the test of 1,400 years, such talaq remained ‘good in law.’ (File)
Divorce by triple talaq (talaq-e biddat) is no longer recognised as valid since the Supreme Court’s (SC) ruling in Shayara Bano v Union of India in August last year. But should triple talaq constitute a penal offence? Under the Muslim Women (Protection of Marriage) Ordinance, 2018, brought out earlier this month, instantaneous triple talaq has been made punishable with imprisonment up to three years. Opponents of the ordinance argue that since divorce by triple talaq is no longer effective and the marriage continues to subsist, there is no justification for making a criminal of the husband.
What constitutes a criminal offence? There is often an overlap between civil wrongs and criminal offences. An act may constitute an actionable civil wrong but may be serious enough to invite punishment as a criminal offence too. Celebrated jurist Blackstone identified crimes as public wrongs, and torts against the individual as private wrongs. While civil wrongs affect the individual alone, public wrongs impact the community. A private wrong has a civil remedy, usually in the form of compensation, while a public wrong or crime invites punishment because even though the act is, ostensibly, directed at an individual, it is perceived as violating the shared values that define a society.
An example of a criminal offence that concerns marriage is bigamy. In law, the second marriage has no effect. Yet, Section 494 of the Penal Code punishes a spouse who marries again while being married to another with imprisonment for up to seven years. If he conceals from the second “spouse” that he is already married, he can be punished for up to 10 years. It may be argued, as in with triple talaq, that bigamous “marriage” is no marriage at all so why punish a person for it? There too, a man guilty of bigamy is under an obligation to continue to provide for his first wife and their children and, therefore, a jail sentence may prevent him from doing so. Does punishing a person for bigamy serve no purpose?
Bigamy can afford a good ground for the civil remedy of divorce to a spouse. But the law nonetheless treats bigamy as a criminal offence because it is a social and moral wrong. The object of the law is not so much to imprison a husband for taking another wife as it is to ensure that people know the consequences of such an act and refrain from doing so.
In the challenge to triple talaq in the SC last year, the All India Muslim Personal Law Board acknowledged that it was a “sinful” practice, but argued nonetheless that having withstood the test of 1,400 years, such talaq remained “good in law” and could not be touched by the courts. The vehemence of such an assertion by powerful bodies, elevating a practice as abhorrent as triple talaq to the status of an essential practice of religion, is indicative that merely “nullifying” such divorce is not enough. It needs social obliteration if not through punishment, then at least the prospect of it.
It is not only divorced wives who face the brunt of triple talaq, or for that matter any form of talaq, where the man calls the shots and is not answerable to a court of law. All women to whom such laws apply are vulnerable because that spectre haunts them, restricting their choices both within the marriage and outside of it. The very prospect of unilateral divorce where the woman will have no legal recourse draws the lakshman rekha for a woman in her home and shackles her choices not only in her marriage but other opportunities for fulfilment.
Where a Muslim woman wants divorce from a husband unwilling to grant it, she needs to go to a court of law and justify her grounds under a 1939 statute. Men need no court, and do not need to furnish justification.
We have fallen far behind Pakistan and Bangladesh, which comprehensively codified the law on divorce many decades ago, and punished even relatively petty omissions on the part of the husband, for example, for failing to give notice to the arbitral council prior to divorce. Eventually, more comprehensive reform in Muslim personal law is needed. But that debate can resume once the SC rules on polygamy and nikah halala.
The writer is an advocate and represented the government in the Triple Talaq case
For all the latest Opinion News, download Indian Express App
More From Madhavi Goradia Divan