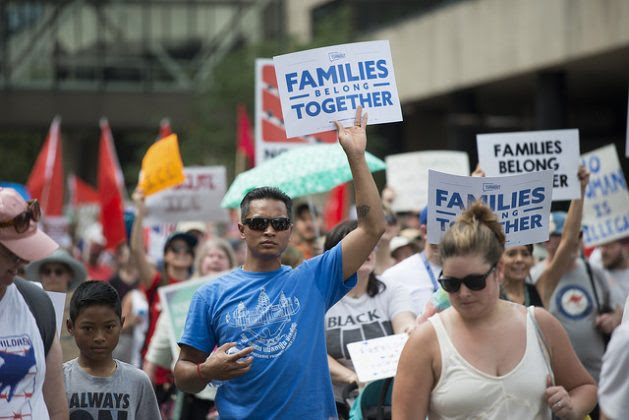 Recently, Oxfam found that children as young as 12 are physically abused, detained, and illegally returned to Italy by French border guards, contrary to French and European Union laws.
Over 4,000 child migrants have passed through the Italian border town of Ventimiglia between July 2017 and April 2018. The majority are fleeing persecution and conflict in countries such as Sudan, Eritrea, and Syria and are often trying to reach relatives or friends in other European countries.
Children have reported being detained overnight in French cells without food, water, or blankets and with no access to an official guardian.
In Australia, over 200 children are in asylum-seeker detention centres including on Nauru and are often detained for months, if not years.
“The Global Compact on Migration…offers some hope, but it will not work if many countries continue to see the issue purely in terms of border control,” HRW said.
“In addition, this compact will have little effect on an American president who seems to hold contempt for the idea of international cooperation,” they continued.
Last year, the U.S. withdrew from the U.N. Global Compact on Migration, just days before  a migration conference in Mexico, citing that the document undermines the country’s sovereignty.
Though the GCM itself is also not legally binding, AI said that it is politically binding and establishes a basis for future discussions on migration.
“Recent events have shone a spotlight on the brutal realities of detaining children simply because their parents are on the move, and we hope this will compel other governments to take concrete steps to protect all children from this cruel treatment,” Quiroz said.
Starting on Jul. 9, leaders of the 193 U.N. member states will meet in New York to agree on the final text of the GCM.