To Have Children or Not: The Importance of Finding a Balance | Inter Press Service [World Population Day - Family Planning is a Human Right]

To Have Children or Not: The Importance of Finding a Balance | Inter Press Service

To Have Children or Not: The Importance of Finding a Balance 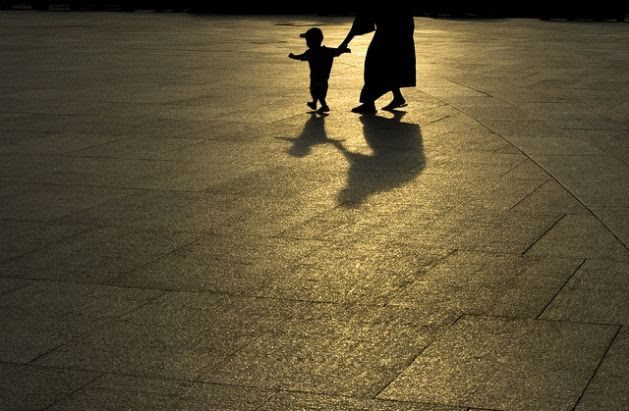 Credit: Bigstock
UNITED NATIONS, May 11 2018 (IPS) - While the world’s population has changed dramatically over the last 50 years, little is still understood about fertility transition and the reasons behind it.
Over the last half a century, the global fertility rate has halved, reaching a level of 2.5 births per woman.
At the same time, the UN estimates that there will be 11 billion people in the world by 2100.
Given such trends, more needs to be understood about the factors that influence fertility rates, but not enough is known about it, Secretary-General of the Asian Population Development Association (APDA) Dr. Osamu Kusumoto told IPS.
“In general, fertility transition is not properly examined yet. Demographers usually analyze statistics over the cause of statistics,” he said.
But what exactly is fertility transition?
The phenomenon refers to the shift from high fertility to low fertility which first began in North America and Western Europe in the nineteenth century. A similar process was then seen across developing countries in Asia, Latin America, and Africa.
While some believe that the shift was a response to declining mortality rates, others have looked to culture and socioeconomic factors as driving fertility transition.
“Value determines the behavior,” Dr. Kusumoto told IPS, pointing to Mongolia as an example.
In the 1950s, Mongolia accelerated its social development with help from the Soviet Union.
Following socialist economic models, significant progress was also made in education and health and pro-natalist policies were implemented, leading to an unprecedented rise in fertility rates.
Between the late 1950s to the 1980s alone, Mongolia’s population doubled from 780,000 to 2 million.
But what exactly is fertility transition?

The phenomenon refers to the shift from high fertility to low fertility which first began in North America and Western Europe in the nineteenth century. A similar process was then seen across developing countries in Asia, Latin America, and Africa.

However, with the collapse of the Soviet Union, Mongolia’s birth rates plummeted—a rare occurrence for a country in poverty and seemingly a response to the country’s poor socioeconomic conditions.


Many researchers including Dr. Kusumoto also believe the Central Asian nation’s transition to democracy and a market economy have also influenced fertility rates.
For instance, with more freedoms and improved access to education, women have become more empowered.
Unlike many developing countries, Mongolian women are better educated than men, comprising 62 percent of higher education graduates in 2015. They also have lower rates of unemployment than their male counterparts.
While Mongolians postponed childbearing during the chaos of the 1990s, the rise in female education has led to delays in marriage along with delays in having children.
With the globally adopted Sustainable Development Goals (SDGs), future demographic trends may be affected around the world.
The SDGs include specific targets on mortality, health, and education, and researchers believe that its implementation can help reduce population growth.
However, in order to achieve the SDGs, fertility research is needed.
“To achieve the SDGs, an understanding of fertility transition is essential. Proper social policies on fertility to mitigate rapid changes have to be considered,” Dr. Kusumoto said.
“Proper fertility is essential, high fertility and extremely low fertility may harm the society,” he added.
Though they are one of the most prosperous nations in Asia, Japan has seen its fertility rate decline to unsustainable levels and has sparked concerns over the social and economic impact of extremely low fertility.
Today, Japan’s birth rate is 1.44 children per woman which has caused the population to decline by one million in the past five years alone.
The National Institute of Population and Social Security Research found that if such trends continue, Japan’s population is expected to decrease from 126 million today to 88 million in 2065 and 51 million by 2115.
With fewer children and young adults, a vicious cycle is set in motion: spending decreases which weakens the economy, which discourages families from having children, which then weakens the economy further.
At the same time, with a higher life expectancy and a larger ageing population, there are less revenues and higher expenditures for the government, less funds for pensions and social security, and an even weaker economy.
“In Japan, to have children is not rational choice for young individuals because we have social security to support old age…without the younger generation, this system will not be able to maintain…in the future social security that is the supportive condition for their rational choice will be missing,” Dr. Kusumoto said.
At the other end of the scale, African countries such as Nigeria are experiencing the fastest population increases.
By 2050, Nigeria will become the world’s third largest country by population.
The UN predicts that one-third of all people—almost 4 billion—will be African by 2100.
This could hamper efforts to achieve key SDGs such as ending poverty and ensuring peace and prosperity.
“From this point of view, the fertility issue is an equally essential requirement for achieving SDGs,” Dr. Kusumoto reiterated.